Do you remember the times when you were a little child and then you would get in trouble from your parents because you have been misbehaving or you simply did not listen to your parents and did something that was forbidden for you to do? Well, if you always listen to them, then you can tell that you have been the perfect child but this is not the case, then you might have been in huge trouble. 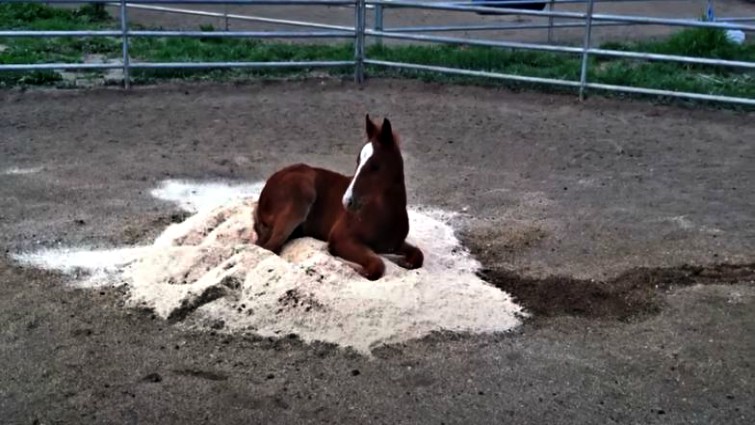 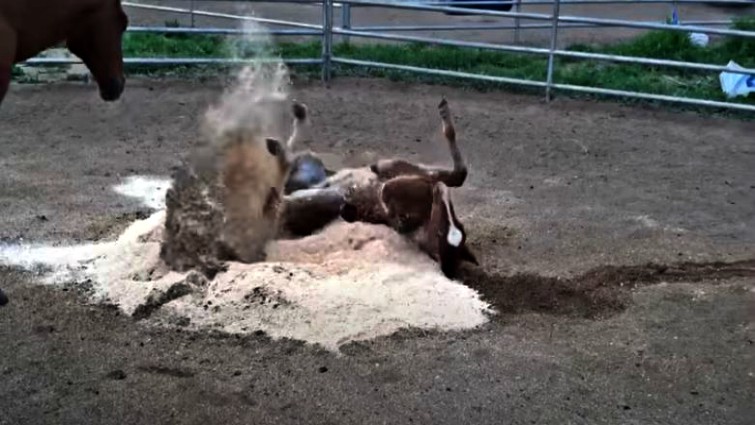 Parents punish their children in a lot of ways. One way is to get away from them the things that they want so the next time they try to misbehave, they will think twice whether to do it or not. Another way can be to have discussions with them and convince them why what they were doing is wrong, which is believed to be the most appropriate method of trying them to do things that they are not allowed to do. 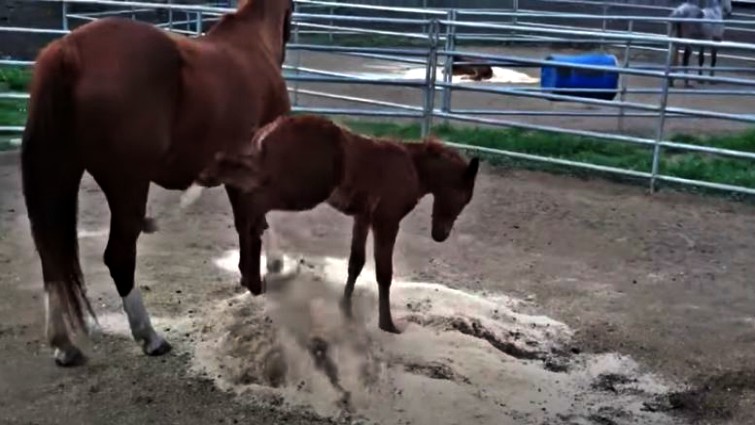 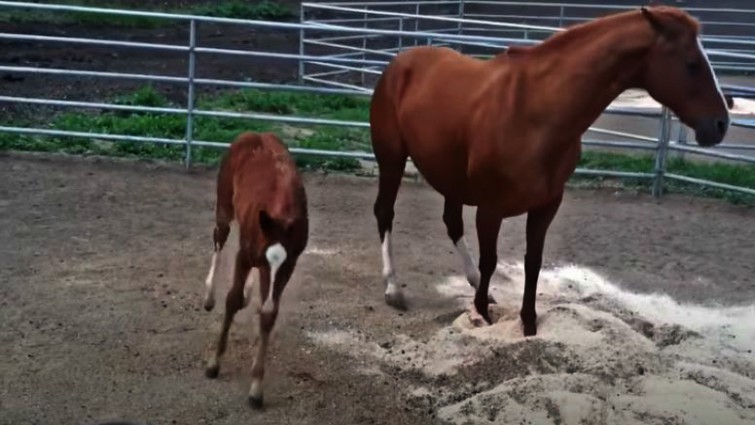 Lastly, a lot of them use violence towards children, which I think is totally inappropriate, yet it happens and needs to be avoided as much as possible as it may teach these children the same thing when they are in the position of their parents. This is a way that can be most understandable in animals, which is the case with this video below. 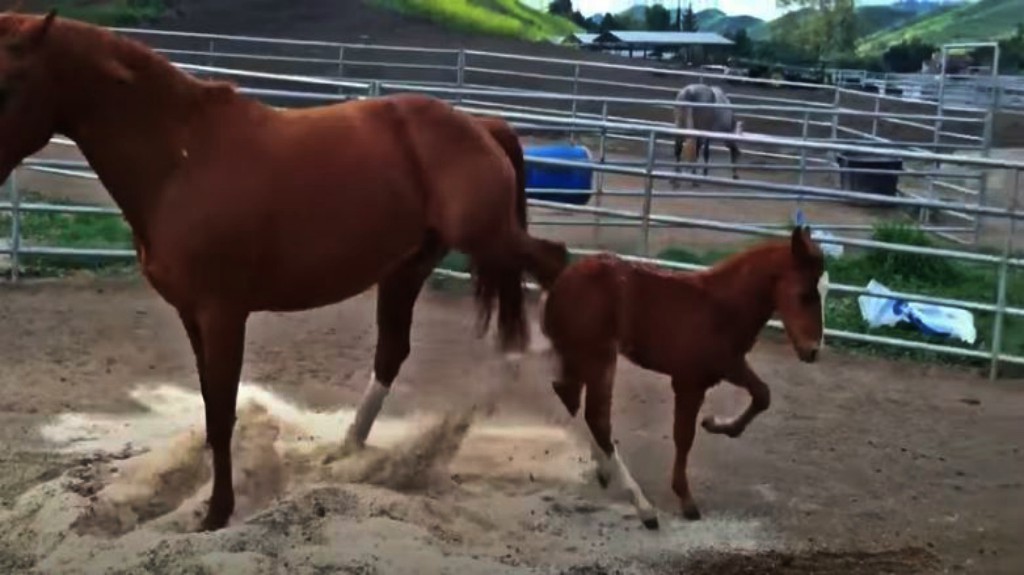 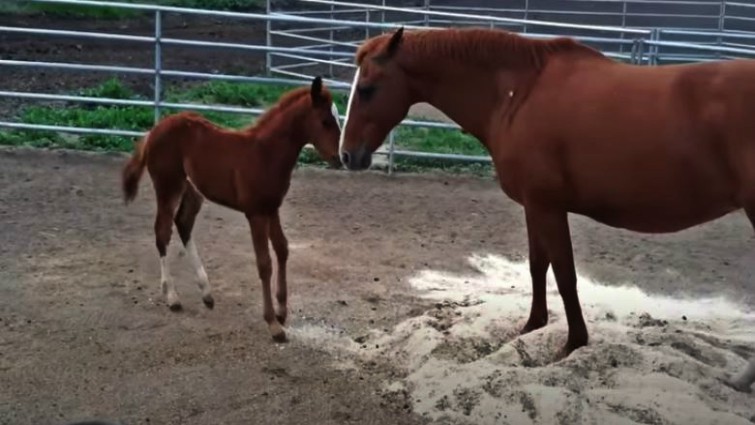 The young colt is playing with the sand and he is getting all dirty, however, he is enjoying it very much. His mother sees him and gets close to him, trying to stop him from doing what he was doing. The colt got angry and kicked his mother with his back leg. A few seconds after, the foal was coming around his mother and little did he expect that his mother would teach him a lesson for what he did. 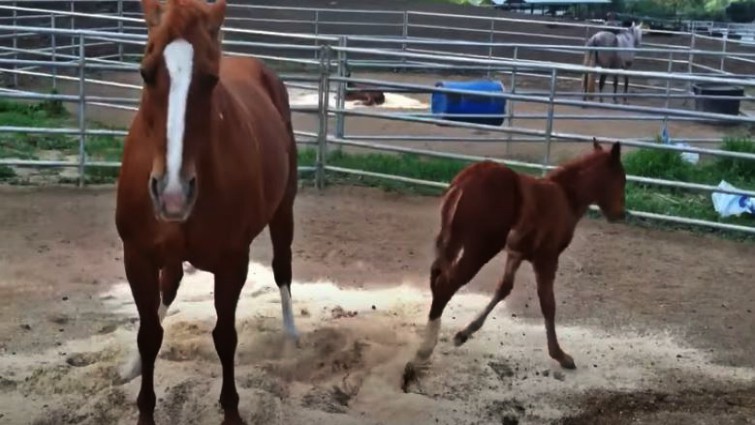 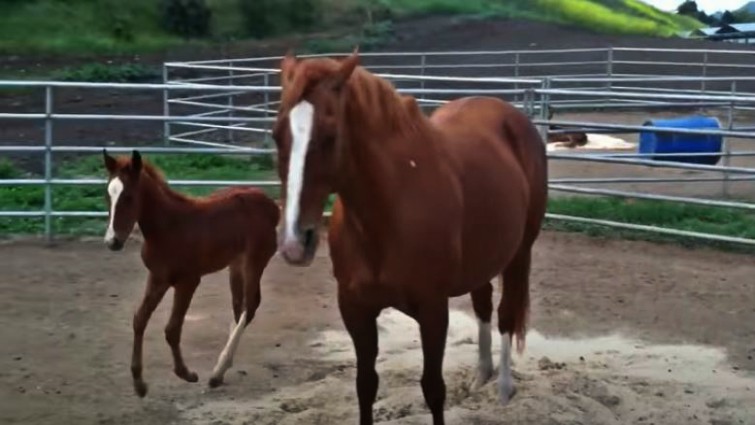 She did the same thing and kicked her son with her back legs as well. As I said, this seems like a normal thing, in this situation it is even funny, however, when it comes to humans, it should be avoided maximally. Please have a look at the video below and let us know what you think about the reaction of this mare.