We have watched donkeys braying so loud and not stopping and making sounds like they are singing and being praised for their operatic tones. But some of the donkeys really think of themselves that they are accomplished musicians. They are not strictly musical but they can surely follow the rhythm and some others demonstrate that they appreciate music and tend to sing when a music instrument is played. 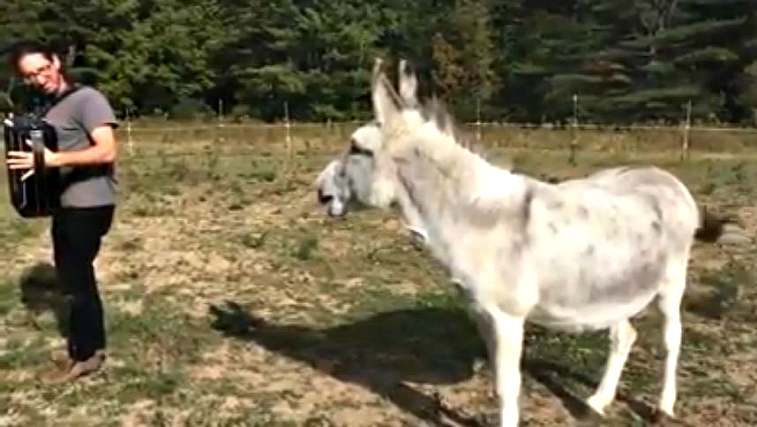 What you are going to watch in this video is a guy playing the accordion and the donkey who thinks she is a singer sings along to the music. The donkey feels that she can sing and there is nothing and no one that can prevent her from doing what she loves. He is probably thinking, ‘Maybe, this attempt I am making will take me further to concerts.’ 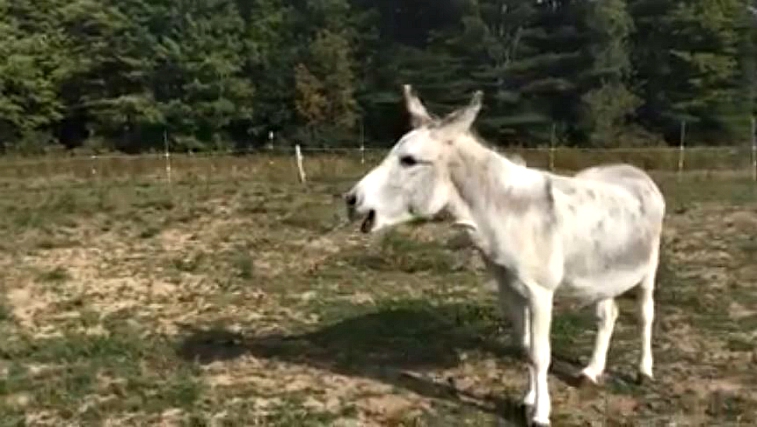 This donkey doesn’t complain about the world and chances given to her in life but whenever one appears she is ready to make the attempt and not caring about anything other in the world. She must have watched a lot of concerts and operas and now wants to be a part of them. Watch this funny clip!