A beautiful Ster Friesian horse named Koning put on a little show for his bovine admirers when they lined up to see him at a fence in a neighboring field. He was outside enjoying the sunny weather when the neighbor’s cattle came over, curious about the large, black horse. 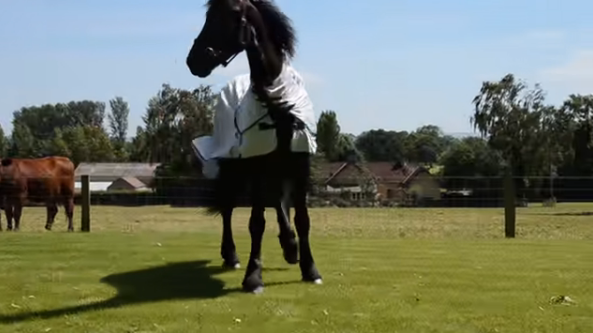 He heads over to them where they seem a wee bit intimidated by his size, or maybe his sheer elegance! That’s when he decides to give them a full display of his talents trotting in a circle. 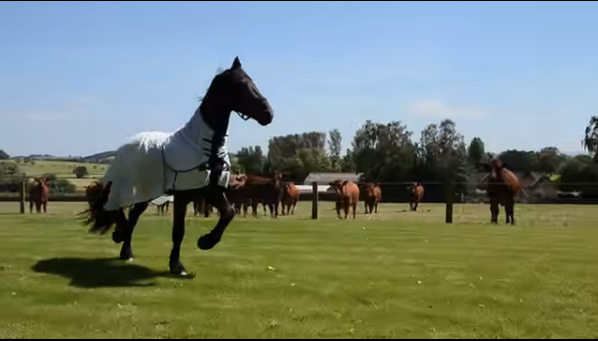 The cows seem mesmerized and move closer to watch. His owner jokes that Koning (which means “King”, by the way) was simply “showing off his natural passage to the judges”. The cows approve, and why wouldn’t they? 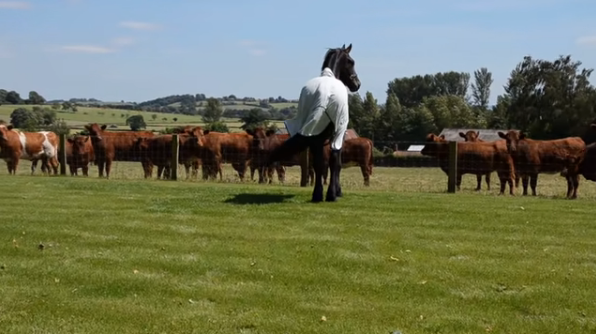 After he was done with his show, Koning approaches the cows again and even gets a nuzzle from one of his adoring fans. 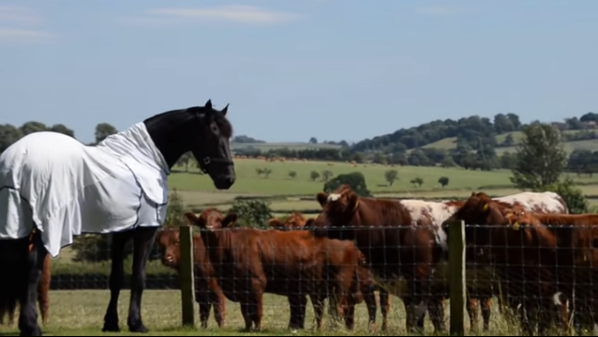 Watch Koning enchanting the cows in the vide below, and be sure to share it with your friends.