I think that maybe no one ever enjoyed a fitness ball this much. Zervas, a gorgeous 4-year-old Friesian Stallion, has a thing for fitness balls. He’s gone through more than 20 of these giant balls since he was 11 months old. He loves chasing the ball, rubbing against it, stretching on it, and playing catch.

It’s really weird to see such a rare all-black horse playing with a colorful ball. The only color a studbook-registered Friesian comes in is black, however, this may range from very dark brown or black-bay to true black. Many Friesians appear black bay when their coats are shedding or when they have become sun or sweat bleached. 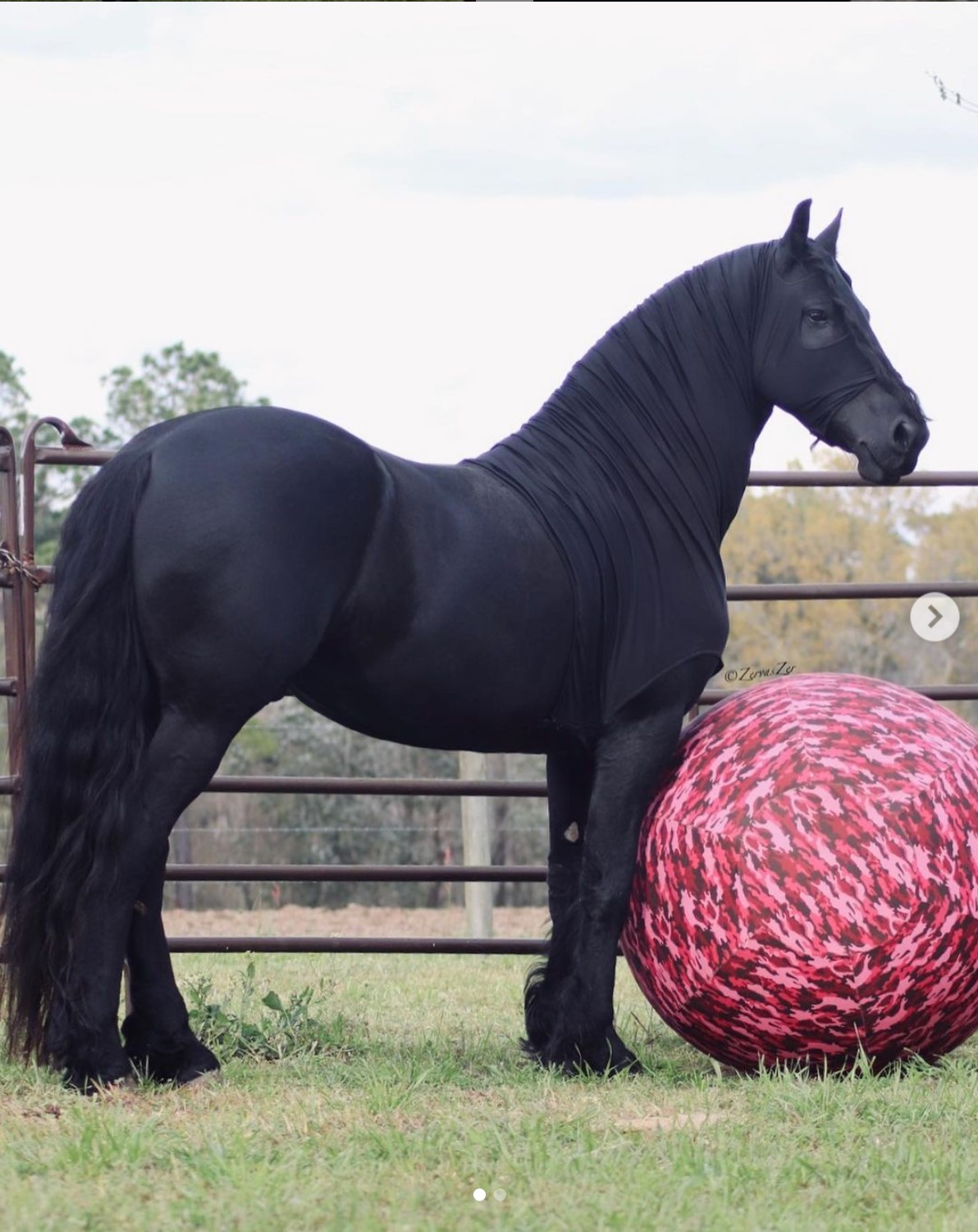 Although Friesian horses were used for centuries as warhorses, they have a calm demeanor. They are willing learners, social, and are eager to please their owners. These traits are excellent for any horse. Friesians have a good temperament for any level of rider.

But, Friesians are hard to groom and high maintenance. To keep your Friesian looking like the ones in photographs you have to put in some serious time grooming their coat, mane, feathers, and tail. As we can see in the video, this Friesian is looking really mesmerizing, which means that the owner put a lot of effort into making him so good-looking and handsome. 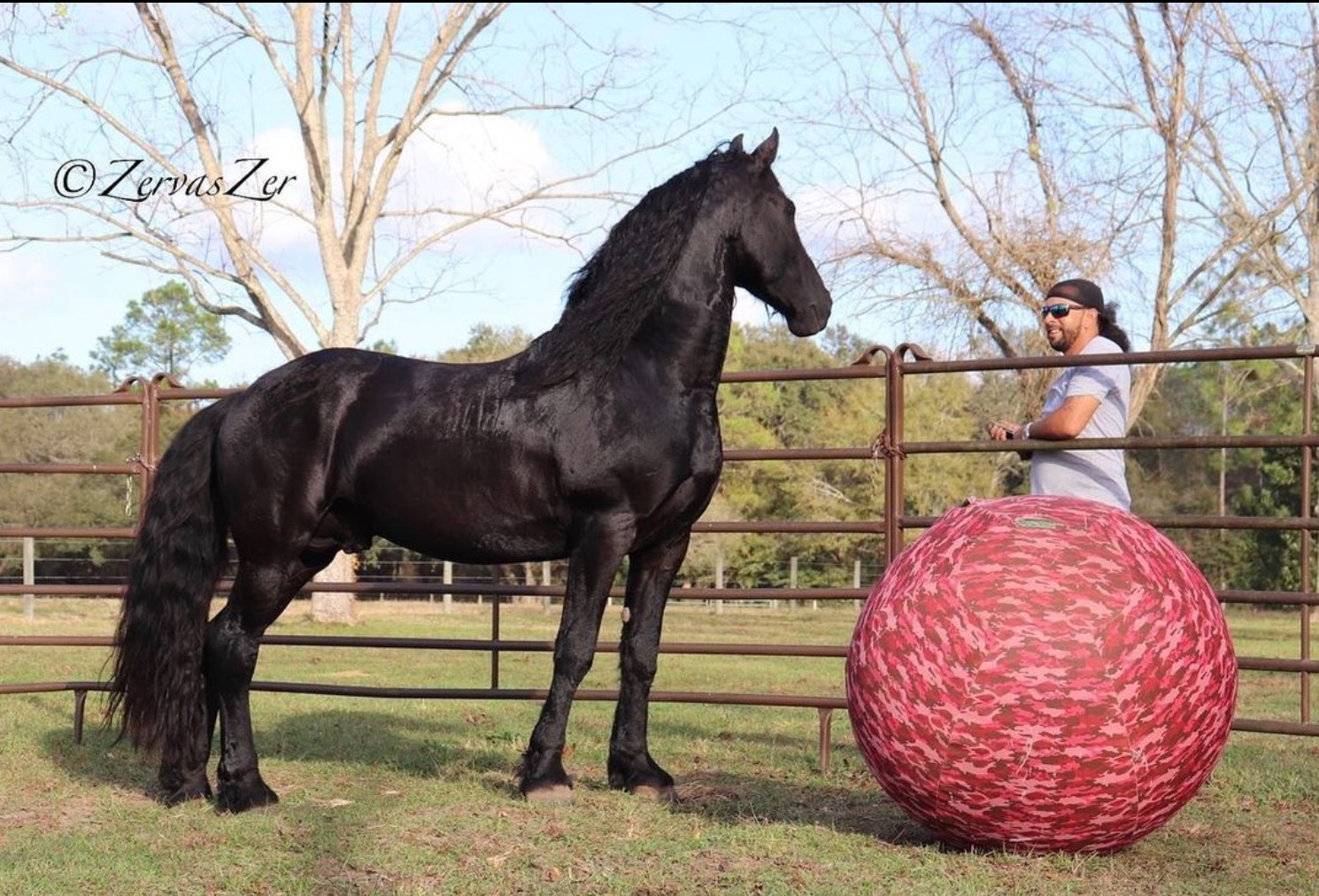 Friesian horses have a calm and steady personality. One may not think that right off the bat – especially since they were used in battle so long ago – but it is true. They are loyal, willing, and cheerful. In fact, this breed of horse is frequently used in filming because of its gentle nature and ability to take directions with ease. 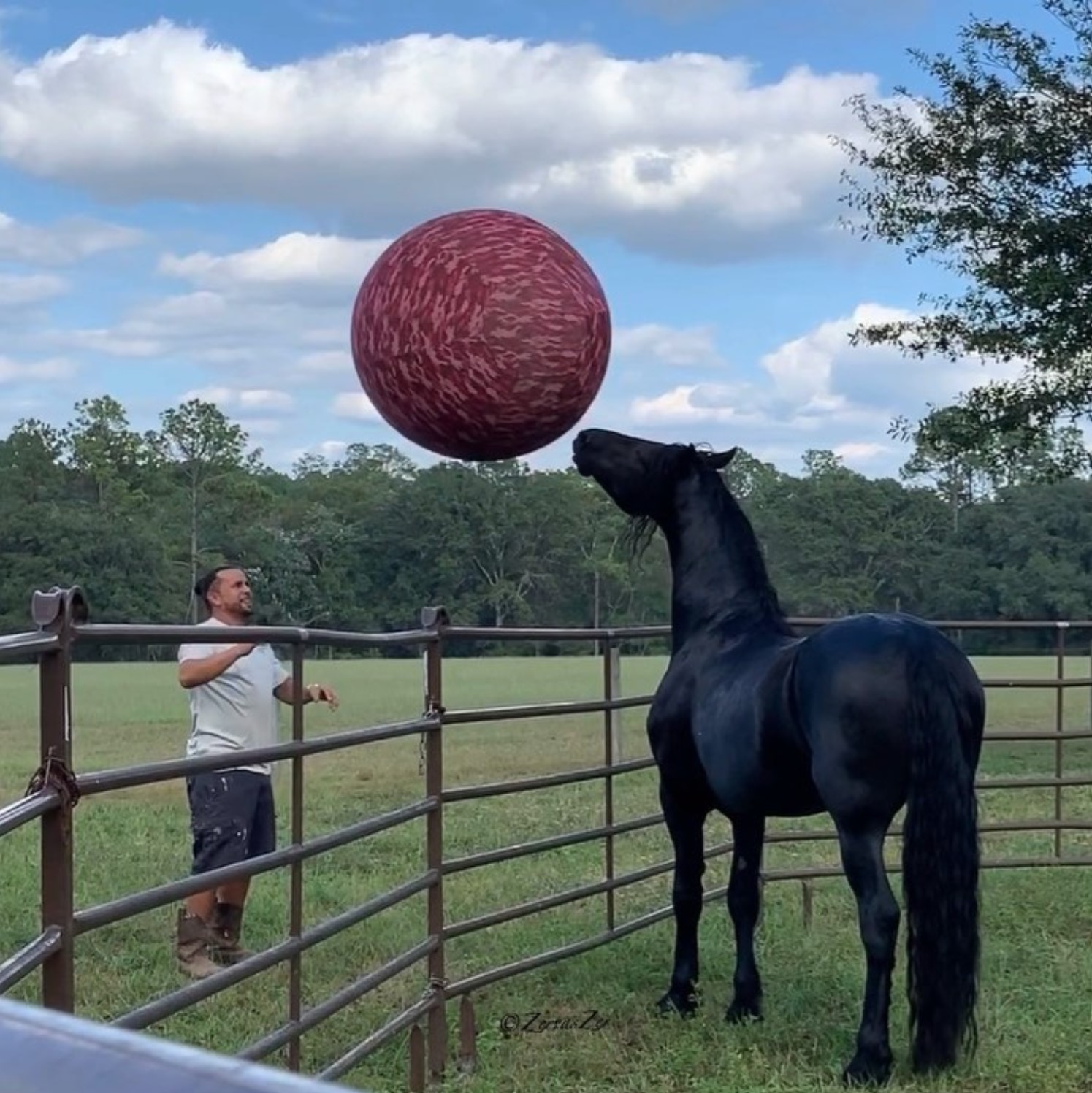 But, they were once very close to extinction. During the turn of the 20th century, they almost went extinct worldwide. Today, they make up about 7% of the total horse population in the Netherlands, thankfully! Only the thought of losing such an ancient and magnificent breed is alarming.