A German Shepherd could be great with your horses. They can get along just fine, but they need to be introduced at a young age so that they could get used to each other. Or, at least one of them should be young. As we can see in the video, this German Shepherd gets along just fine with this cute foal. They are playing together and they seem to enjoy each other’s company.

These two highly different, yet highly domesticated mammals can play together, communicating their intentions of playing and reading and mimicking each other’s facial expressions. Dogs and horses may not be the most intuitive teammates, but paired up in the right setting, the two domesticated species can have their fair share of fun—at times even playing together and mimicking each other’s facial expressions. 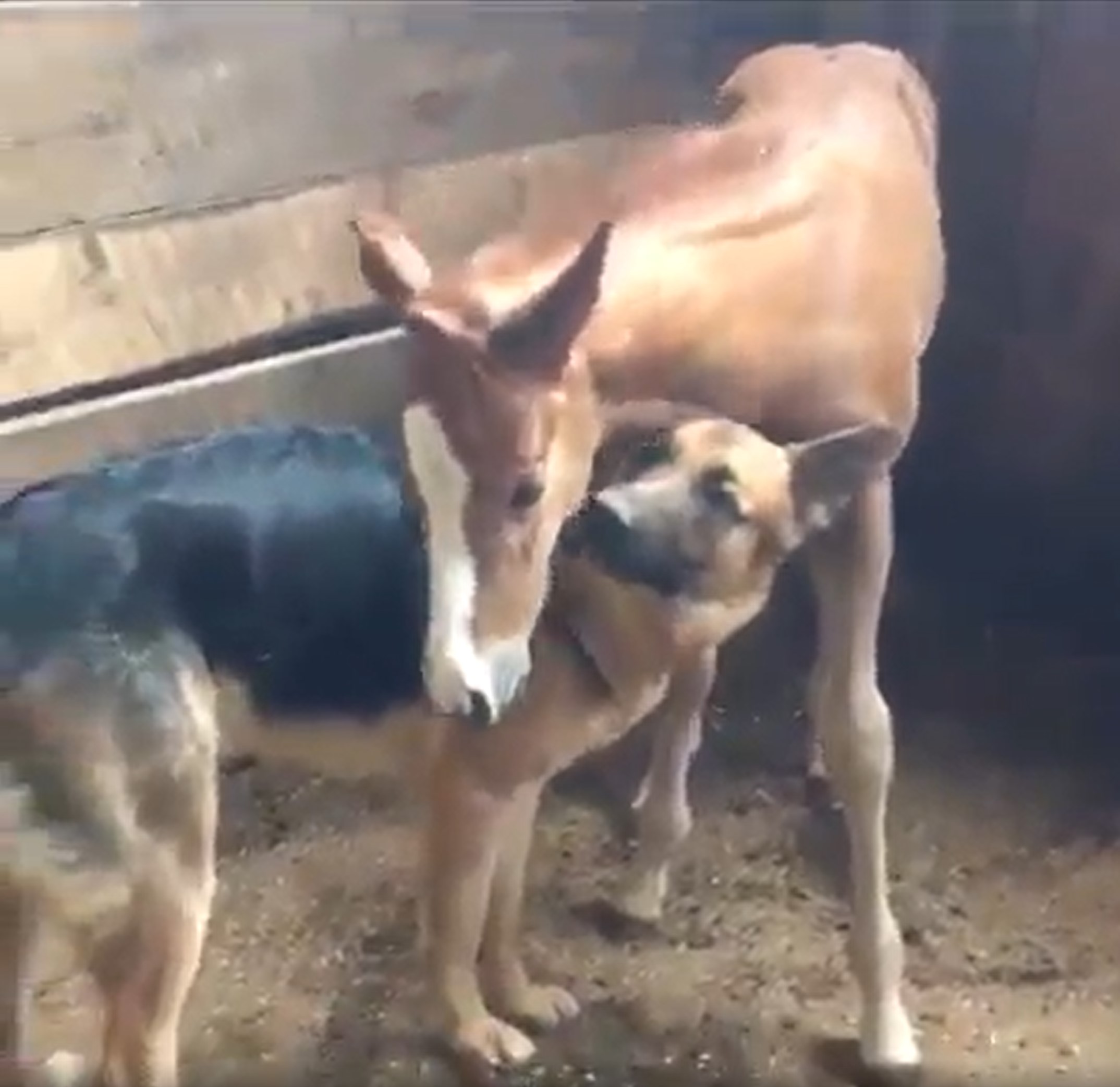 Also, generally, horses and dogs seem to “understand each other” when it comes to playing, and they adapt their behaviors accordingly. Animals tend to reduce their strengths in play sessions to make the game more “fair”. For example, dogs use their carnivorous teeth and claws less, and horses reduce their height by lowering or lying down. Both species tend to lie on their backs, exposing themselves in vulnerable ways. If people are lucky enough to come across this behavior in their environments, we are sure that they will look at it with a new awareness and enjoy the whole world that lies behind such simple behavior as the play is. 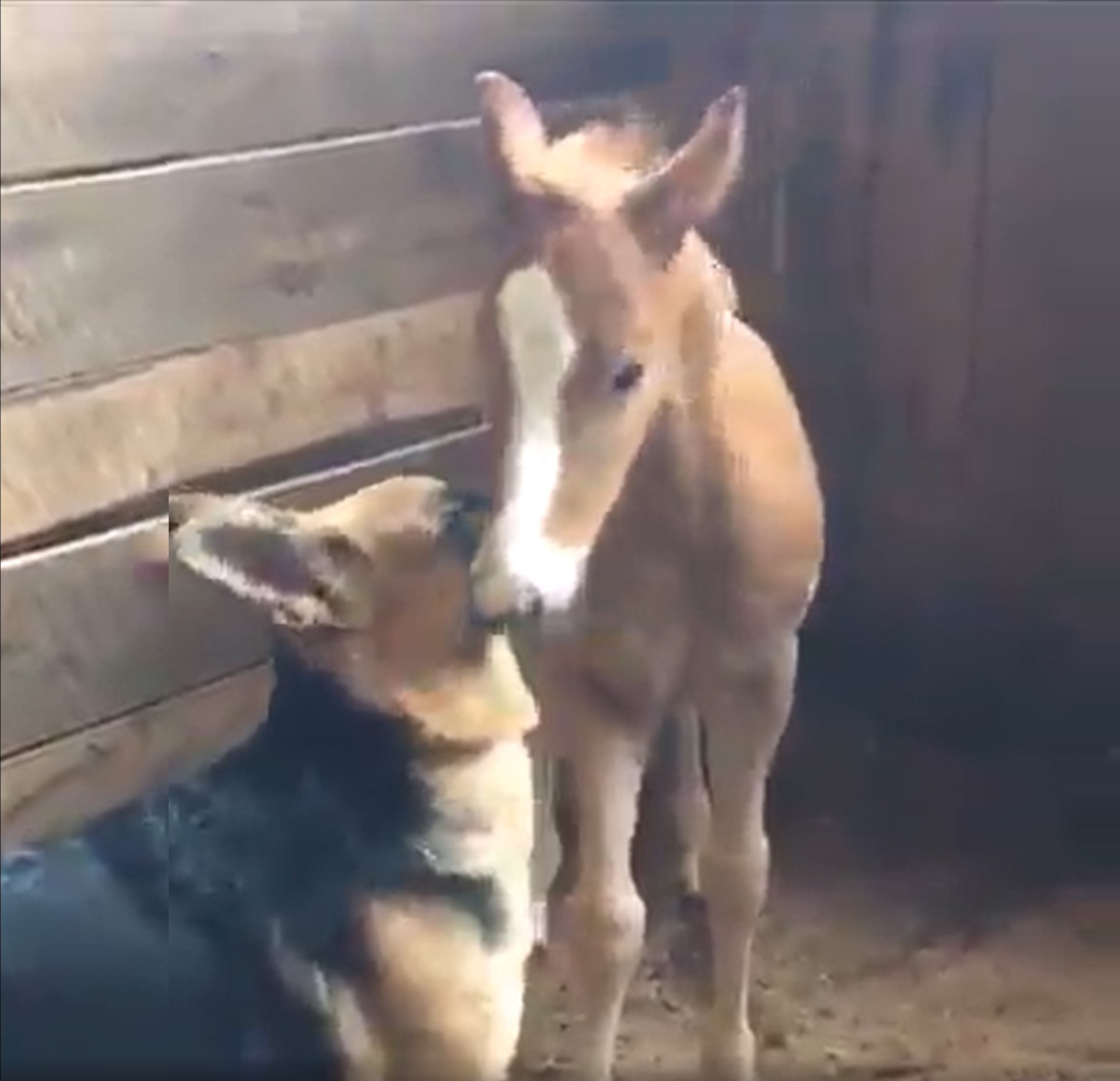 Despite millions of years of evolution between them, the two species seemed to take the same basic approach to frivolity, suggesting that they’d found common ground for the sole purpose of fun. For them, fun is perhaps a language that doesn’t need to be taught. They always can negotiate how to play in a way that’s good for both. 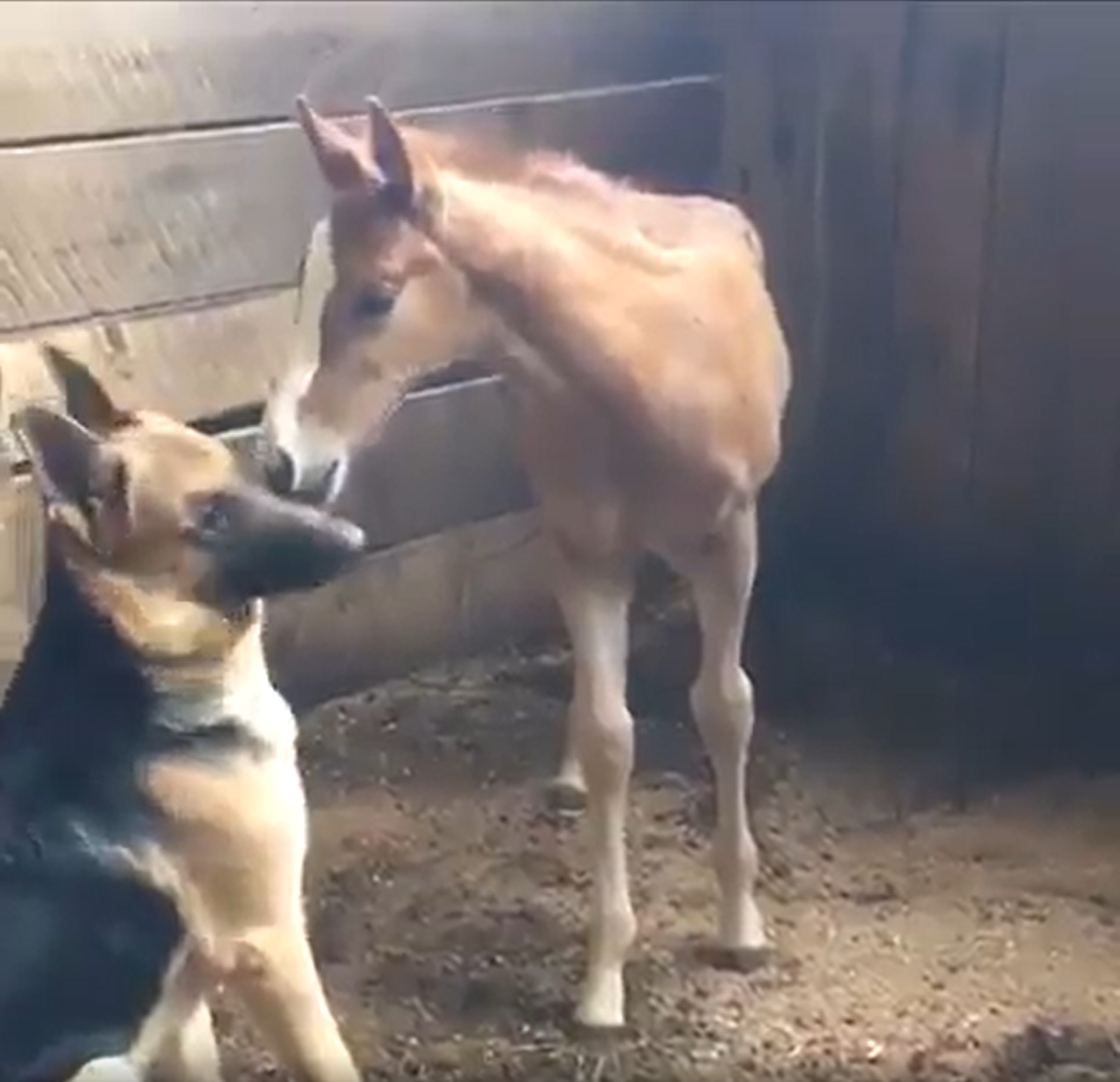 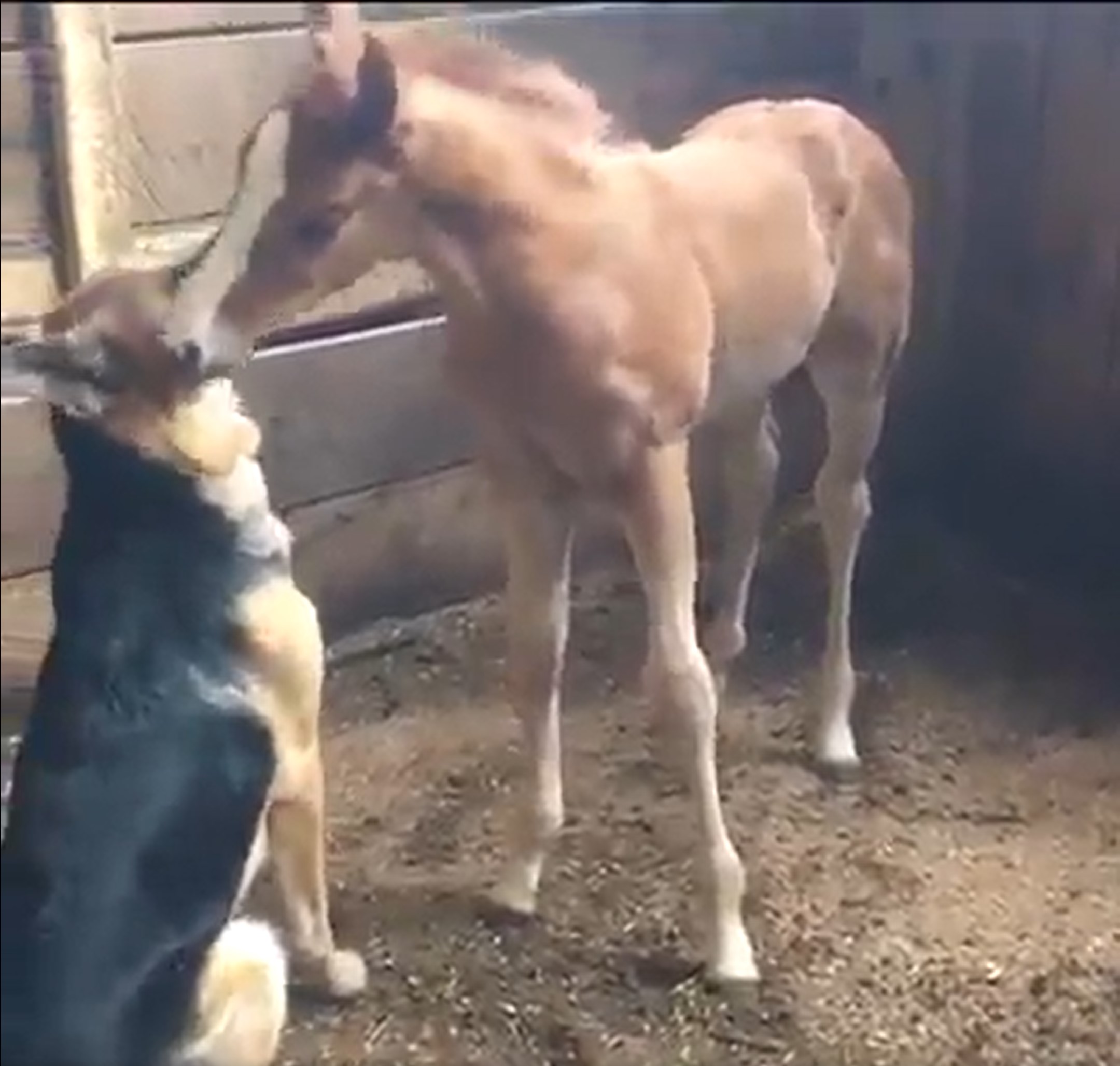 You may think that because of the size disparity, horses and dogs have nothing in common, right? However, this couldn’t be further from the truth! Horses and dogs have way more in common than you might think. For example, the ways they respond to training are very similar. Both of these animals seem to have an innate ability to “sense” the true intentions of a person just by being in their presence. This sense is why dogs and horses make for great companions and protectors.