This is the moment a jockey is thrown from his horse just before the finish line in a race as the animal runs off the track and into the city on a busy road.

The incident took place in the south-western Russian city of Ufa, the capital of the country’s Republic of Bashkortostan during the ‘Terra Bashkiria’ horse race. 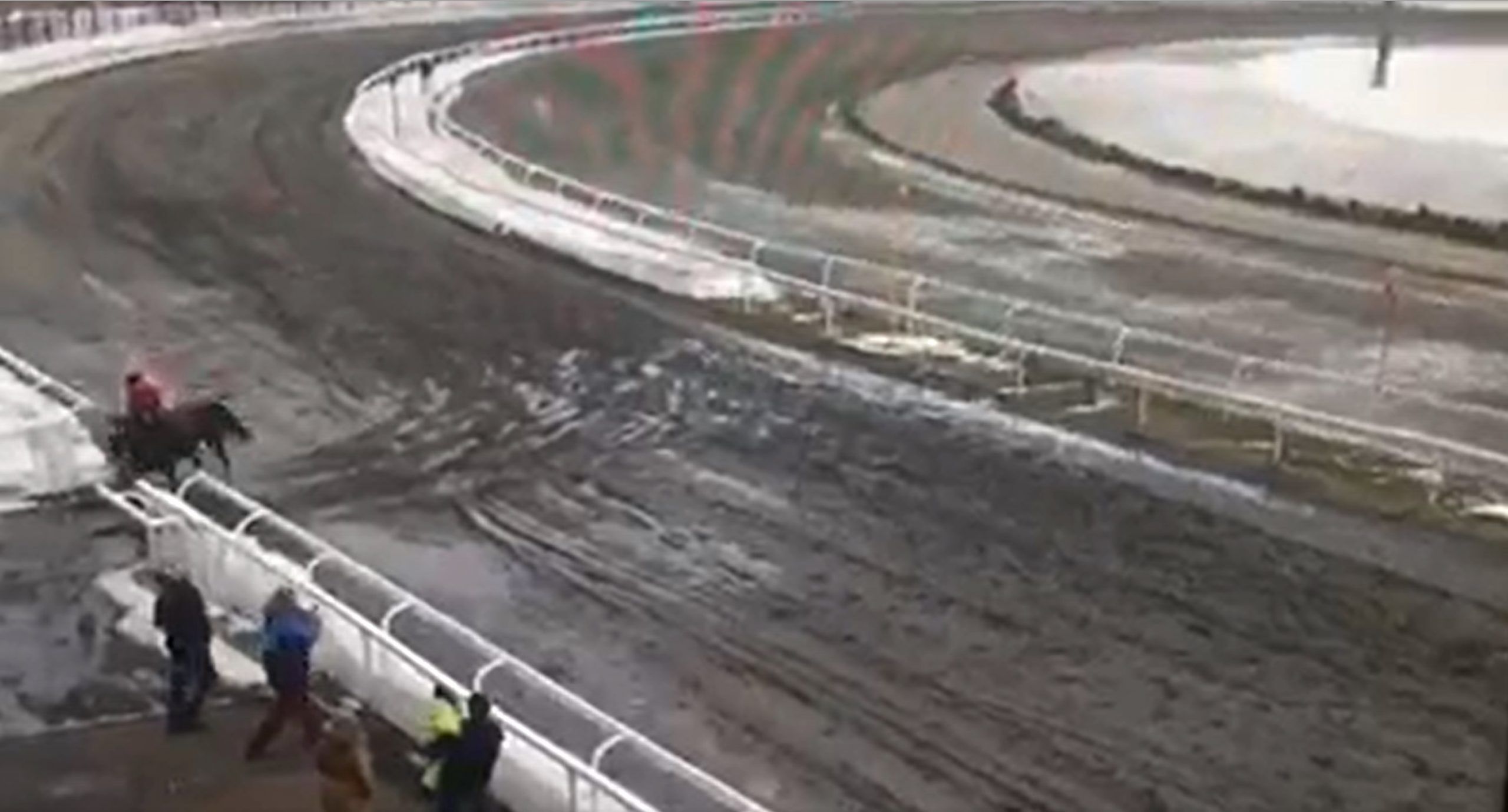 In the video, the unnamed jockey – who was already reportedly last in the race – can be seen being thrown from the large horse as it runs off the track.

The horse then runs out of the arena and onto a busy road as the jockey chases after it.

The animal then slips and falls in front of an oncoming car which manages to stop in time.

Traffic is then stopped as the horse sprints across the busy roads with onlookers including the jockey seen running after it. 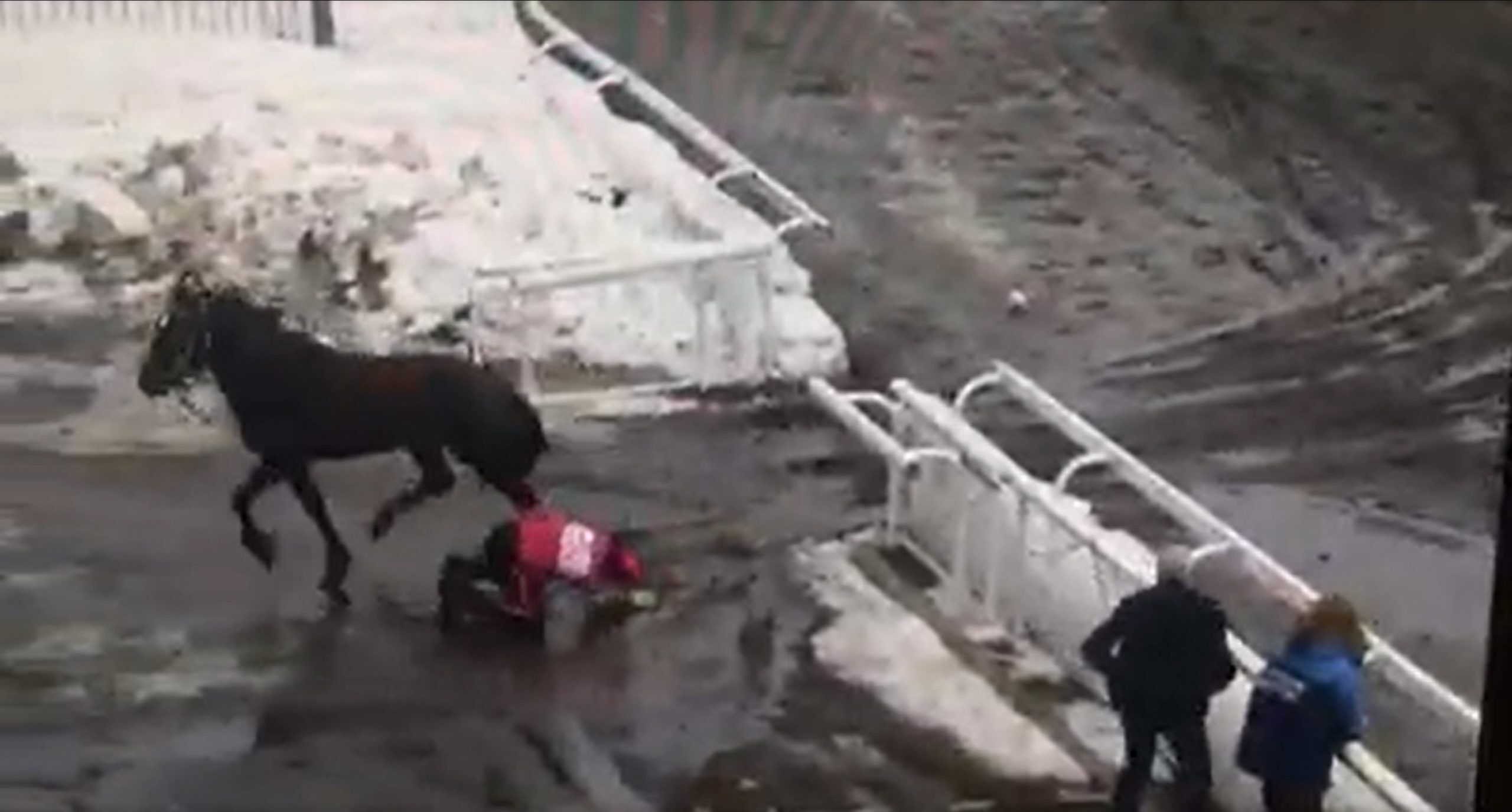 According to the Deputy Head of the Press and Media Agency of the Republic, Artur Valeev, who witnessed the scene, the horse refused to continue running forwards seconds before the end of the race.

The official said: “It turned right at the very end of the course, right in front of the finish line. By the way, this horse was in the last place– maybe it slipped away because of its shame, who knows?” 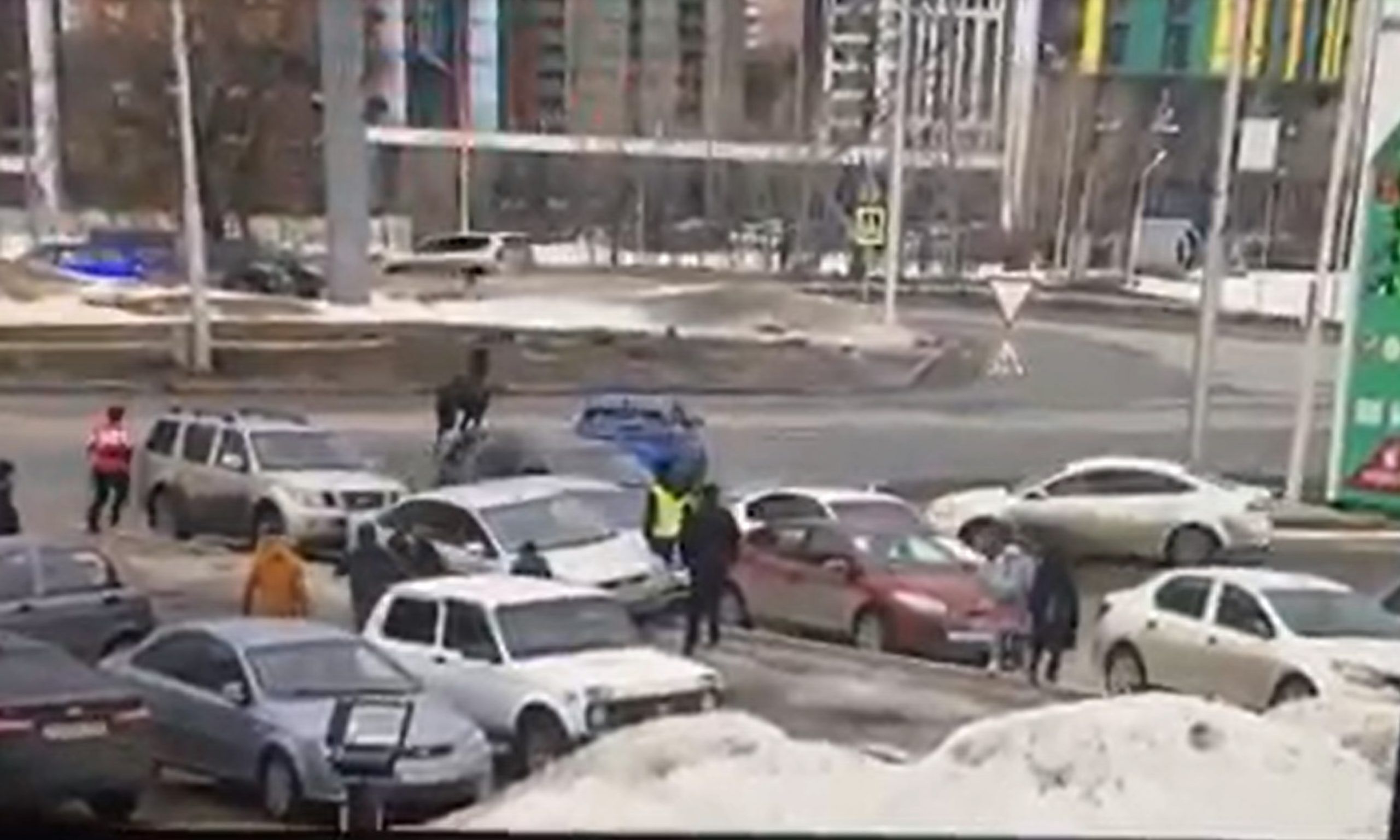 Many people who saw the video on Facebook wondering if the horse was not injured some even worrying about it such as a user named ”Zukhra Saitkulova” who said: Damn, I’m so worried about her. Got caught? No injury”?

Local media later reported that the runaway horse was caught and neither it nor the jockey was injured.