Let’s take a moment and admire Her Majesty getting off the train, beautiful as always, getting beautiful tiny flowers from those kids, and heading to Manor Farm Stables to meet and feed the horses with carrots. This is such a clear image of a peaceful and kind relationship between an animal and a person. 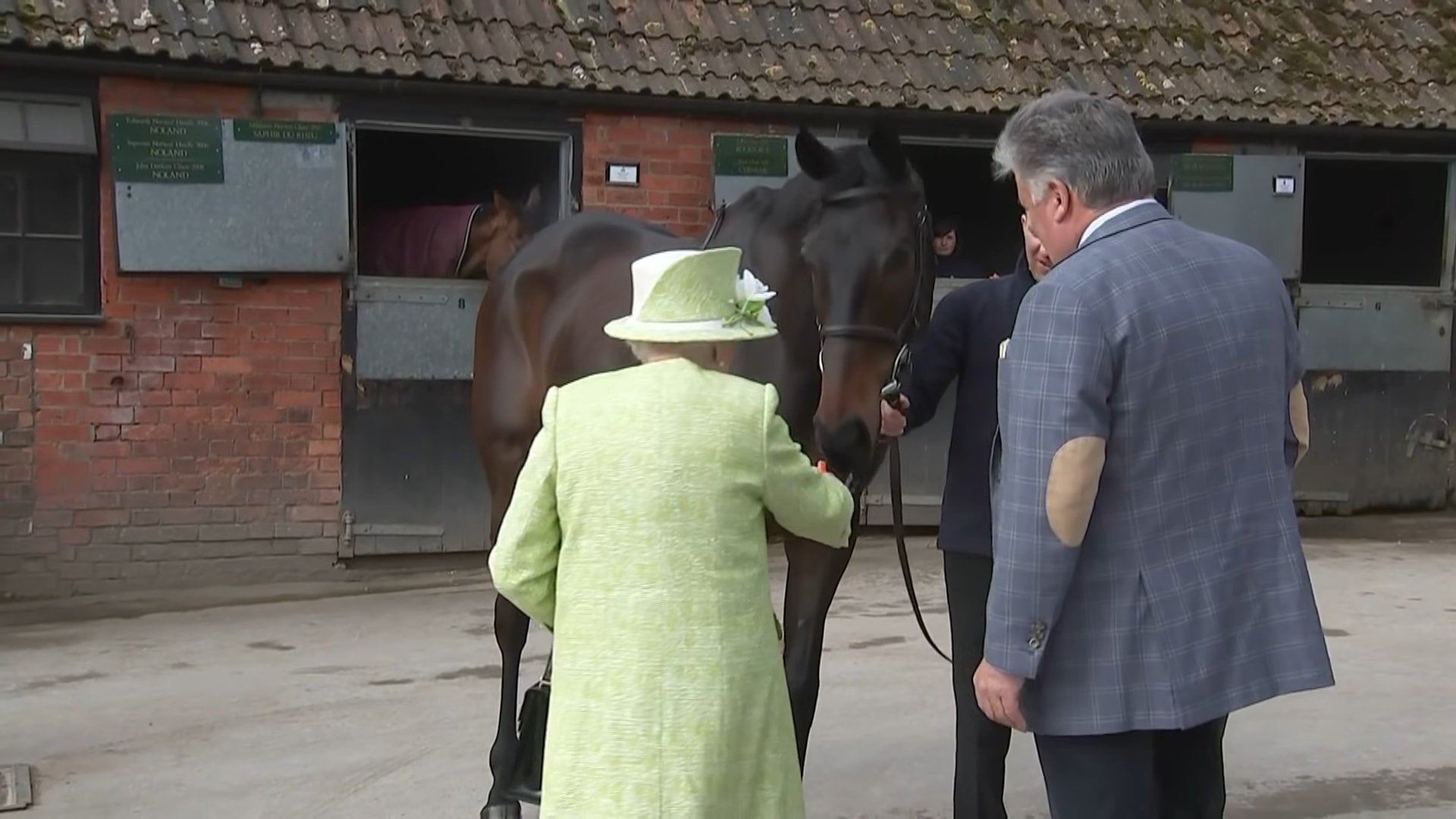 The Queen is said to have had her first riding lesson at the age of three, so it is fair to say the Queen’s love for horses started at a very young age. Even now, at the age of 94, the Queen still regularly rides and was even pictured doing so around the grounds of Windsor Castle during the UK lockdown last year. 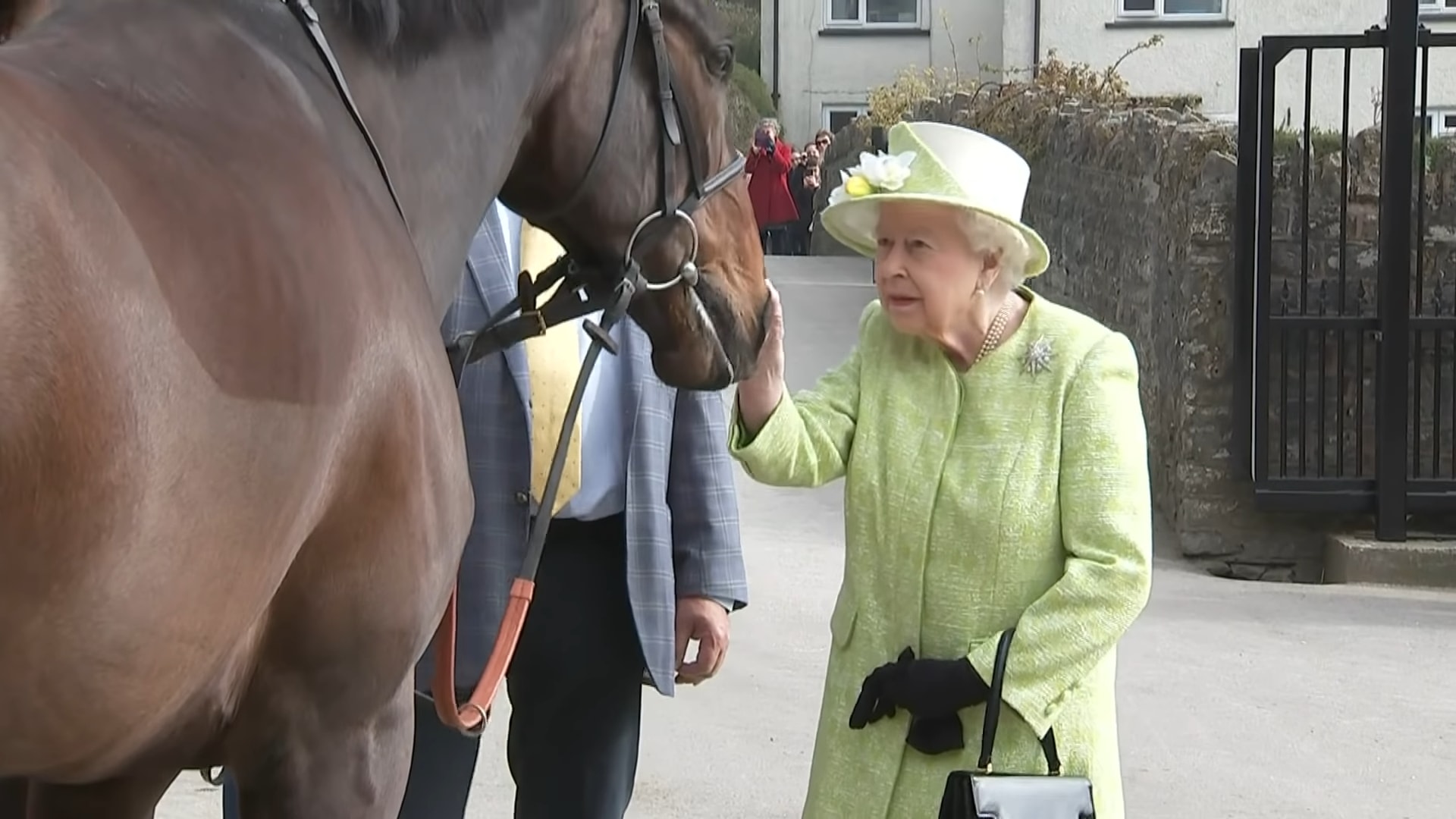 Every year the Queen’s favorite event is said to be Royal Ascot. The Queen’s own horses have competed in many races over the years and, on 71 occasions, have even won the event. Choir Boy was the first of the Queen’s horses to win Royal Ascot in 1953, ridden by Doug Smith. 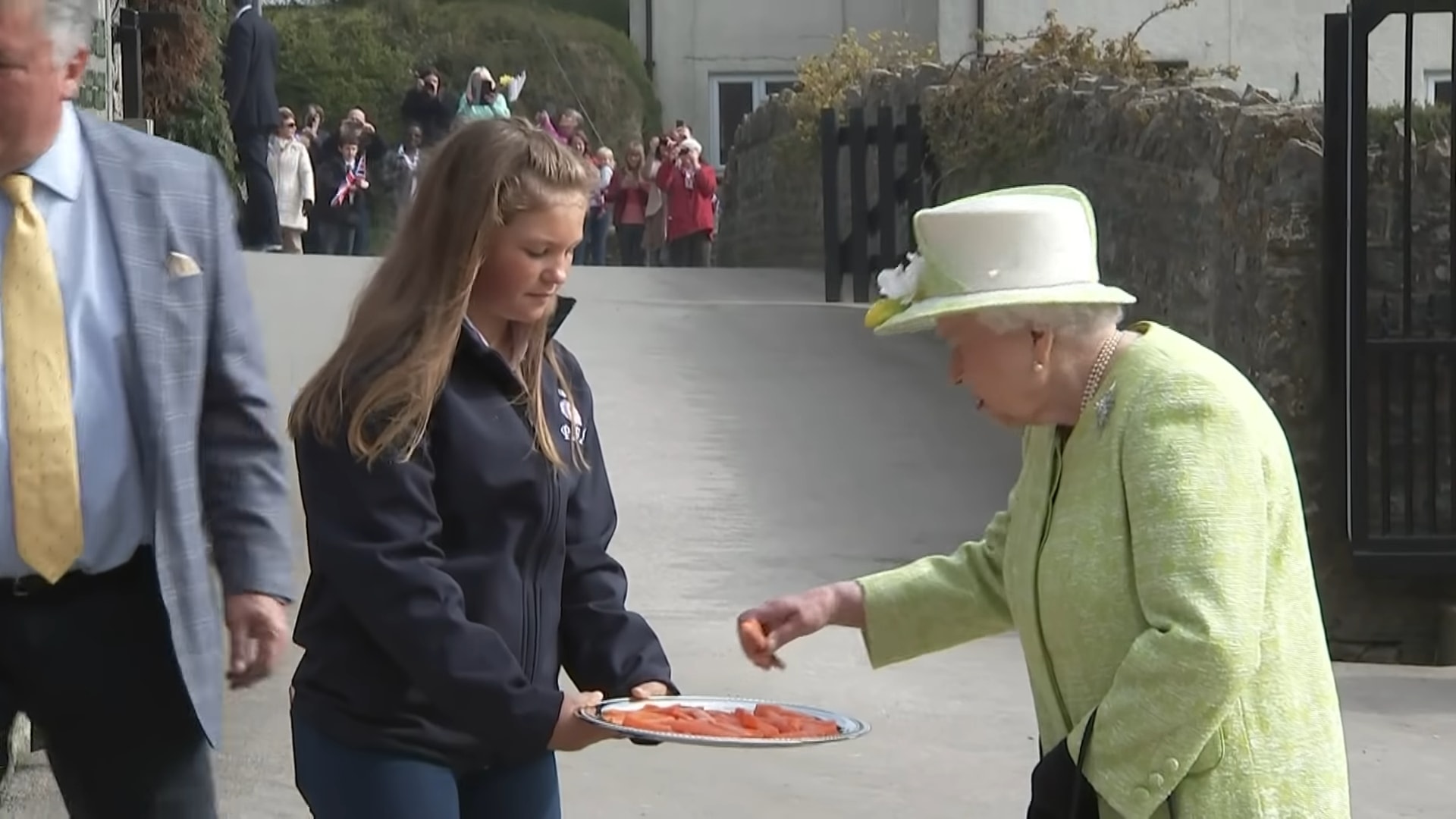 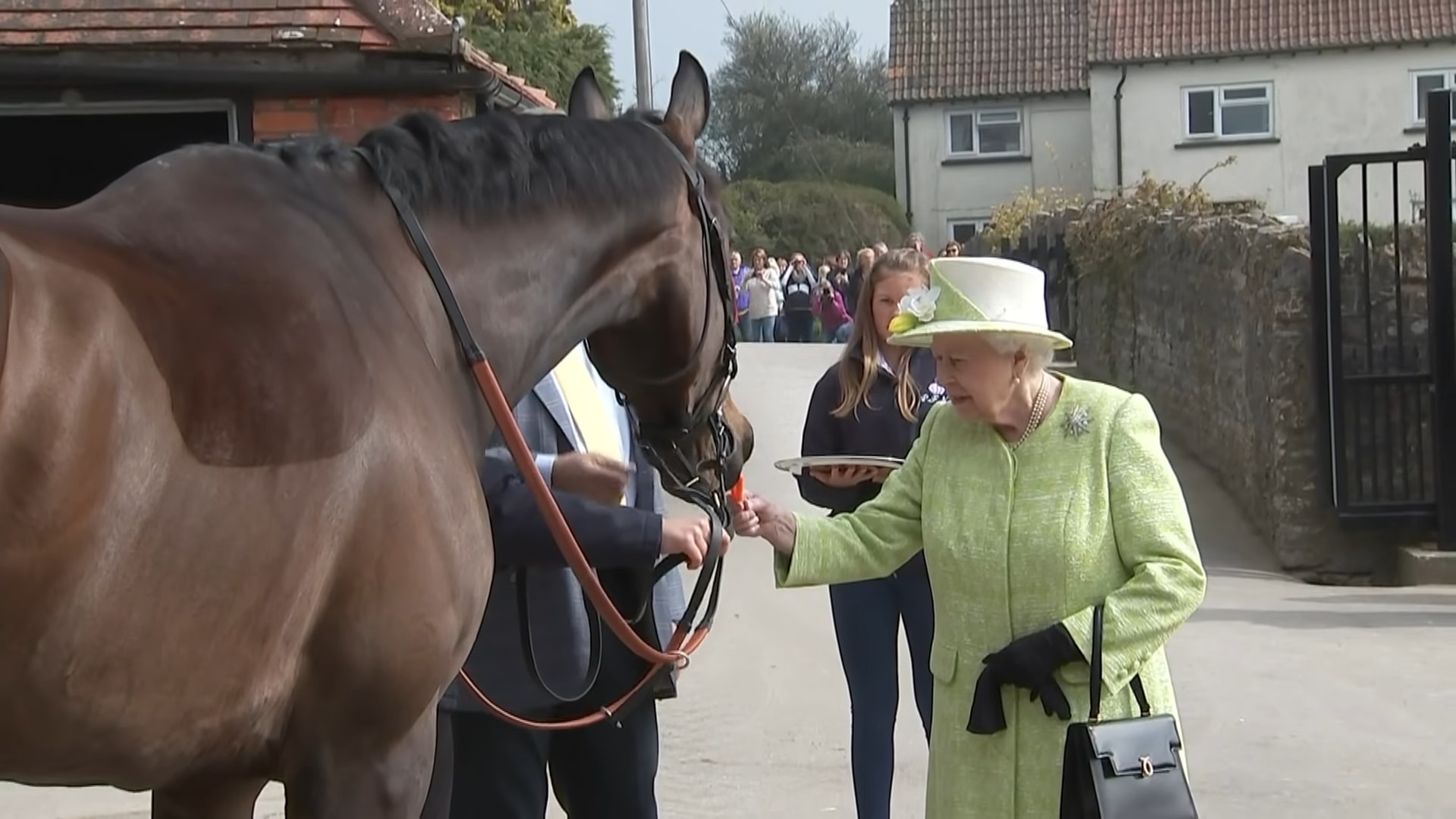 The Queen’s love of horseback riding has also been passed on to the next generations of royals as well. Her daughter, Princess Anne, became the first royal to compete in the Olympics when she rode in the equestrian three-day event at the 1976 Games in Montreal.