A romantic beach with a professional photoshoot set by the photographers to perpetuate the happiest day of the bride. Sadly, the shots and videos taken didn’t turn out as expected… 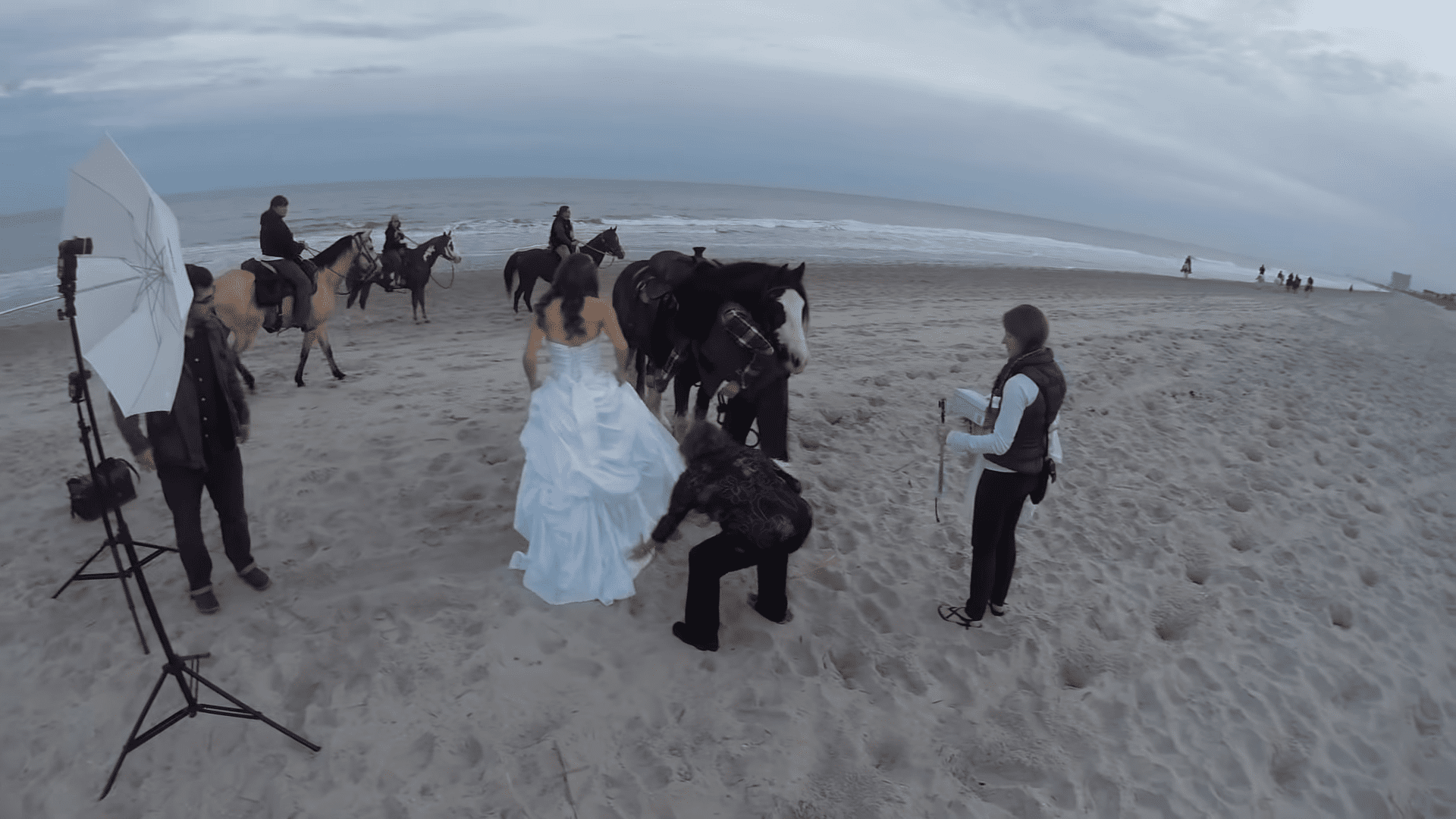 The beautiful Gypsy Vanner horse, I guess it’s a Gypsy Vanner, just as the bride got on into the saddle and started to move, spooked of the big white dress on its back. Of course, it started trotting, later cantering, away by adding a little bit of bucking. The horses in the background who were accompanying the photo session were staring at their friend and trying to understand what was happening if it was worth for them to spook together. As the bride wasn’t prepared for such an unexpected reaction from the horse, her feet weren’t even in the stirrups yet, she did not stay on for long. The bride went down straight to the sand. 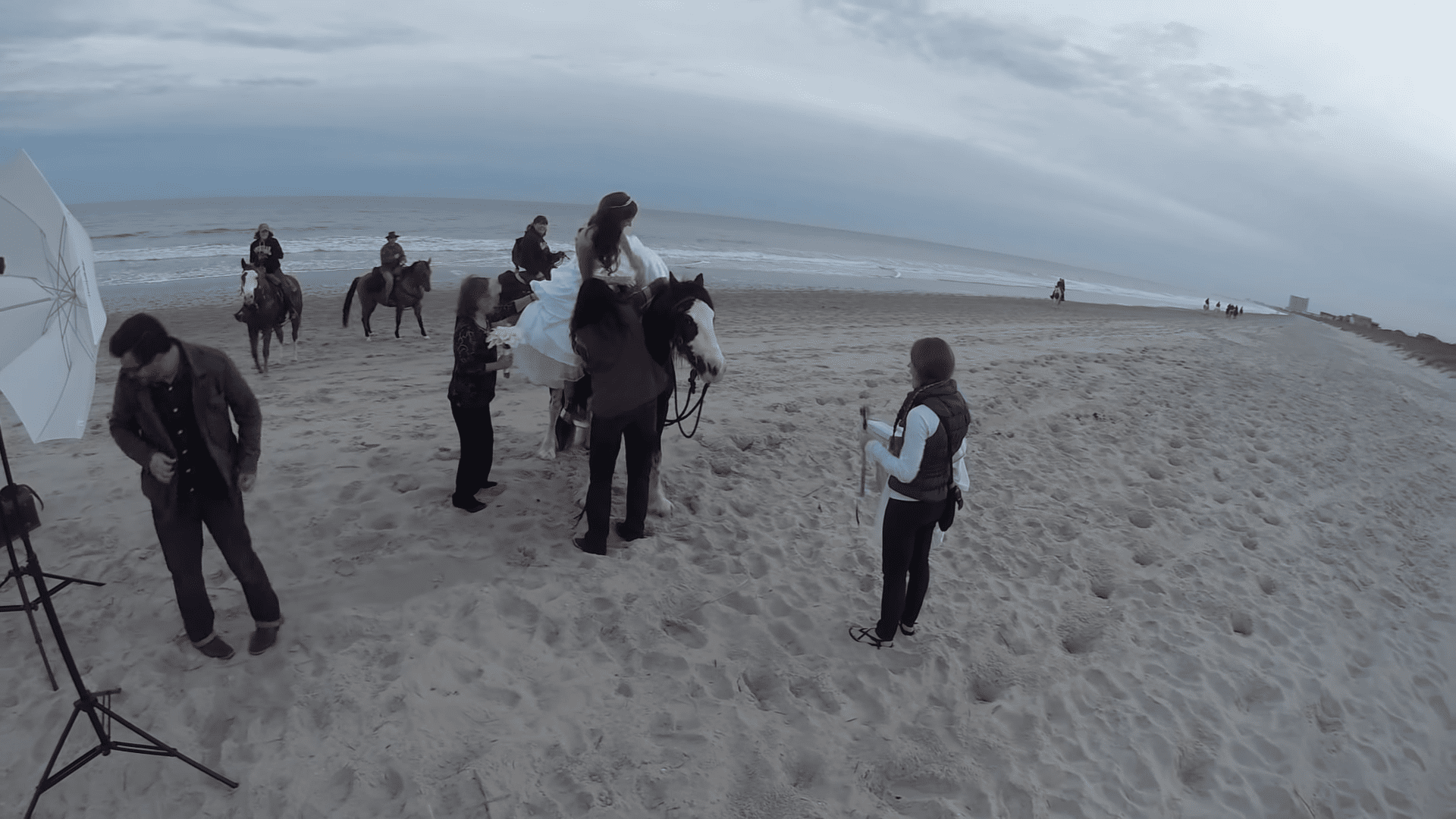 The lady who was holding the horse held on to the horse until it calmed down and stopped. When the photoshoot team helped the bride to stand up, the lady with the Gypsy Vanner came up to the bride and asked if she was okay. The bride nodded, by clearing that she is alright. Turns out, she did get a few bruises but that’s all. A fun story to tell at the wedding was made! 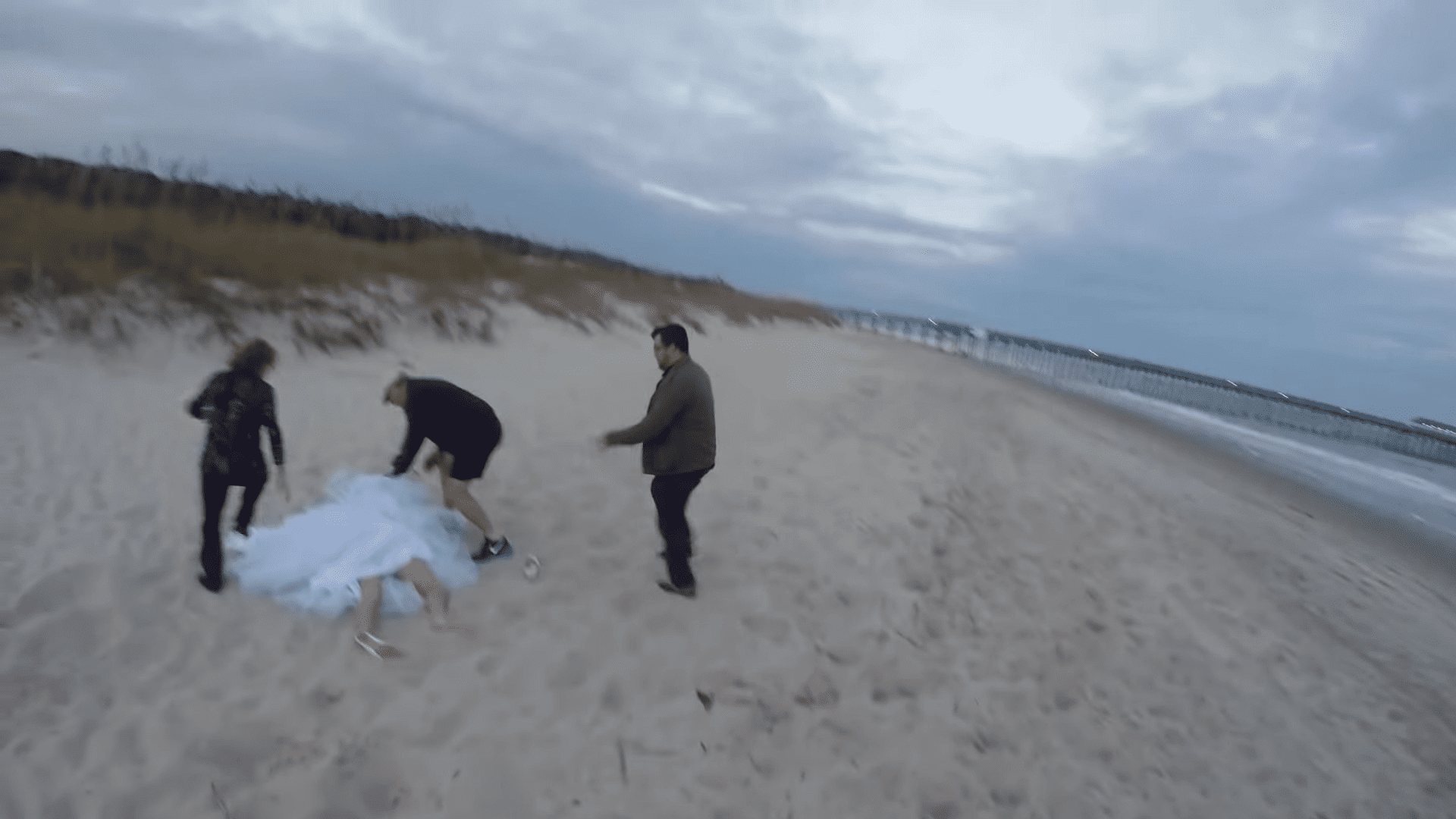 The horse was sincerely scared, after the danger was gone, it was still looking at the bride and her wedding dress with pinned up ears what means that it was still inspecting the object. The horse didn’t mean to hurt anyone on purpose, especially on such an occasion. It was just an unexpected and fearsome situation for which it wasn’t ready yet to deal with. Even the most bombproof horses can sometimes spook when caught off-guard. It is just the way horses are.