Look this horse scaring the hell out of its owner.

A girl is getting into the horse stable. She opens the stable door and then closes it. But as soon as he turns his back a horse comes running to get into the stable. The horse tries to pass the gate but crashes behind it the moment he sees the girl. The girl tries to protect herself by moving her hands behind her head. Fortunately the horse was not there with the idea of hurting the owner and consequently was avoided with difficulty. 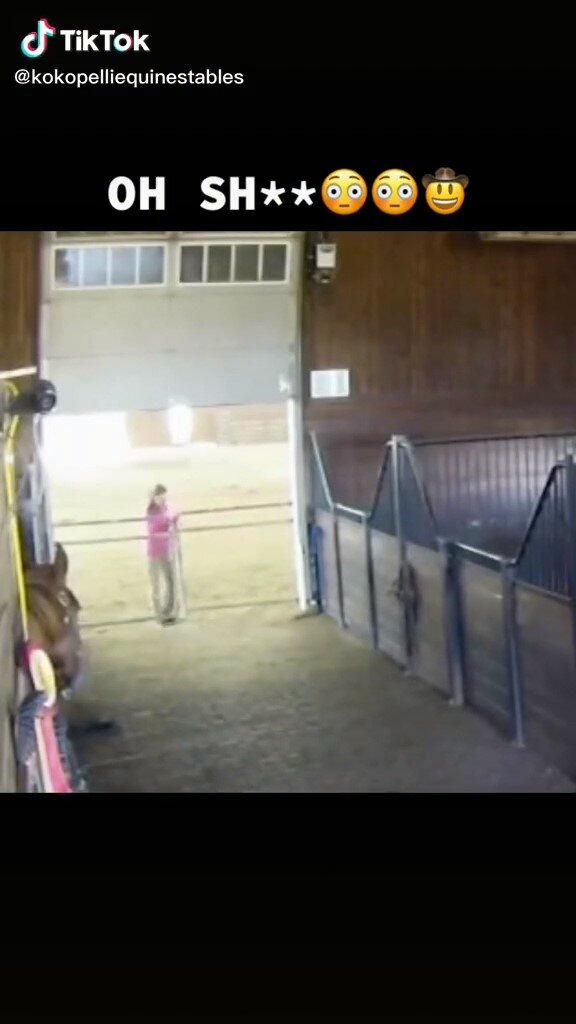 The horse manages to dodge the girl and flees into the barn. Meanwhile, the girl relaxes for a few seconds after realizing that nothing has happened to her. However, it appears that her heartbeat was racing as a result of the dread she had felt. She attempts to take a deep breath and relax. The other horses in the stables are all looking around to see what’s going on. 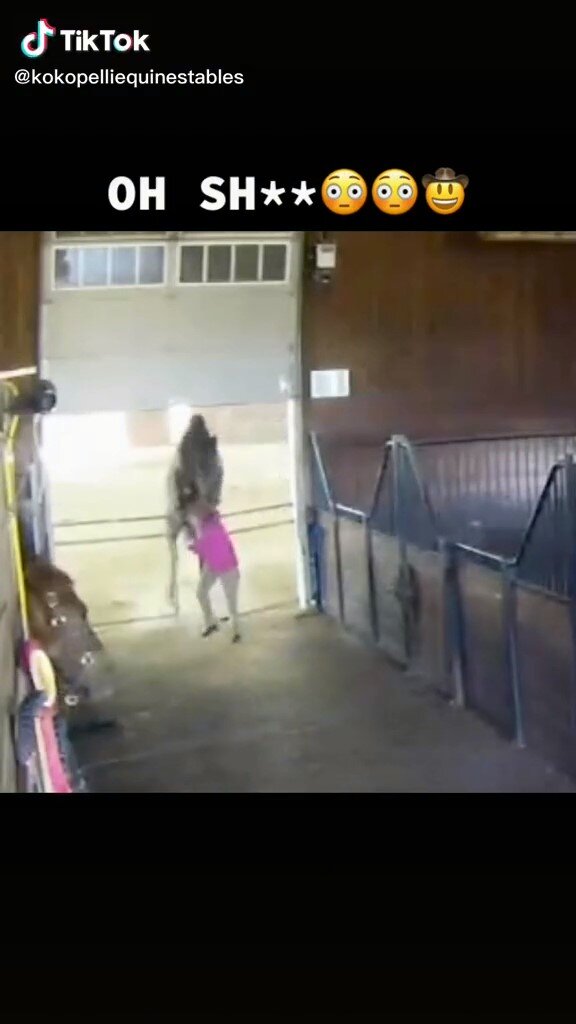 The fact is that we don’t know why the horse did this. But one thing is certain: the horse did everything he could not to damage the girl. The entire scene was filmed by the steady recording cameras.
Fortunately, neither the girl nor the horse were injured in this occurrence.
The girl embraced the entire situation and shared it on Tik Tok.
Millions of people have watched it. Some have even questioned her if it is the same horse that hit the cat.(https://horsesvideos.com/dont-ever-approach-a-horse-from-behind-this-is-why/ ) 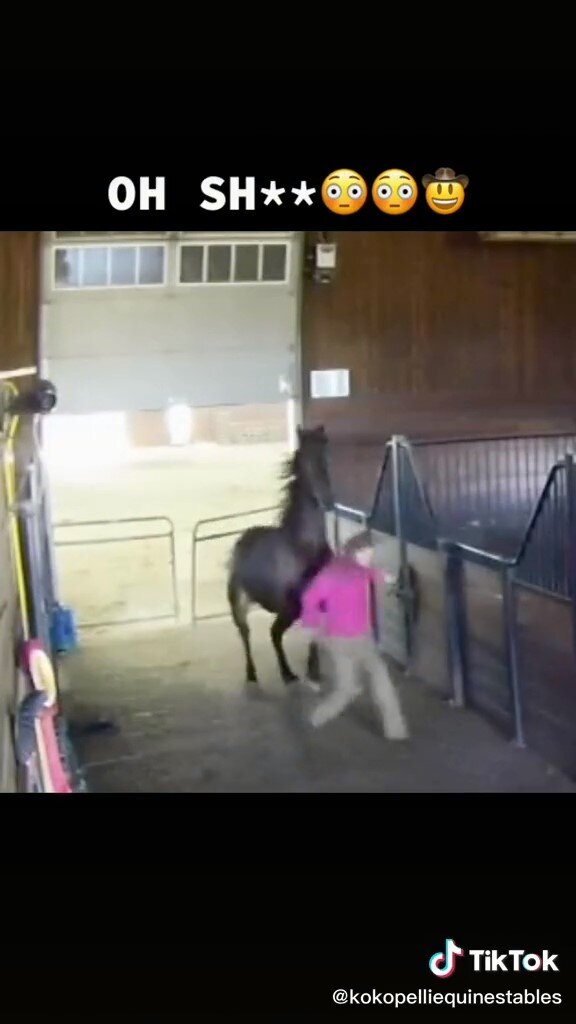