When the foal feels in danger or feels insecure, it uses some sounds to call its mother. She can become aggressive if the way she is called is worrying because she thinks someone wants to hurt her child. We see the same thing in the video, the foal cries calling its mother, and she comes very quickly, and the people who were around the foal step aside, because we don’t know what a mother is capable of when her child is crying, so in such cases, it is best to stay away to be safe. 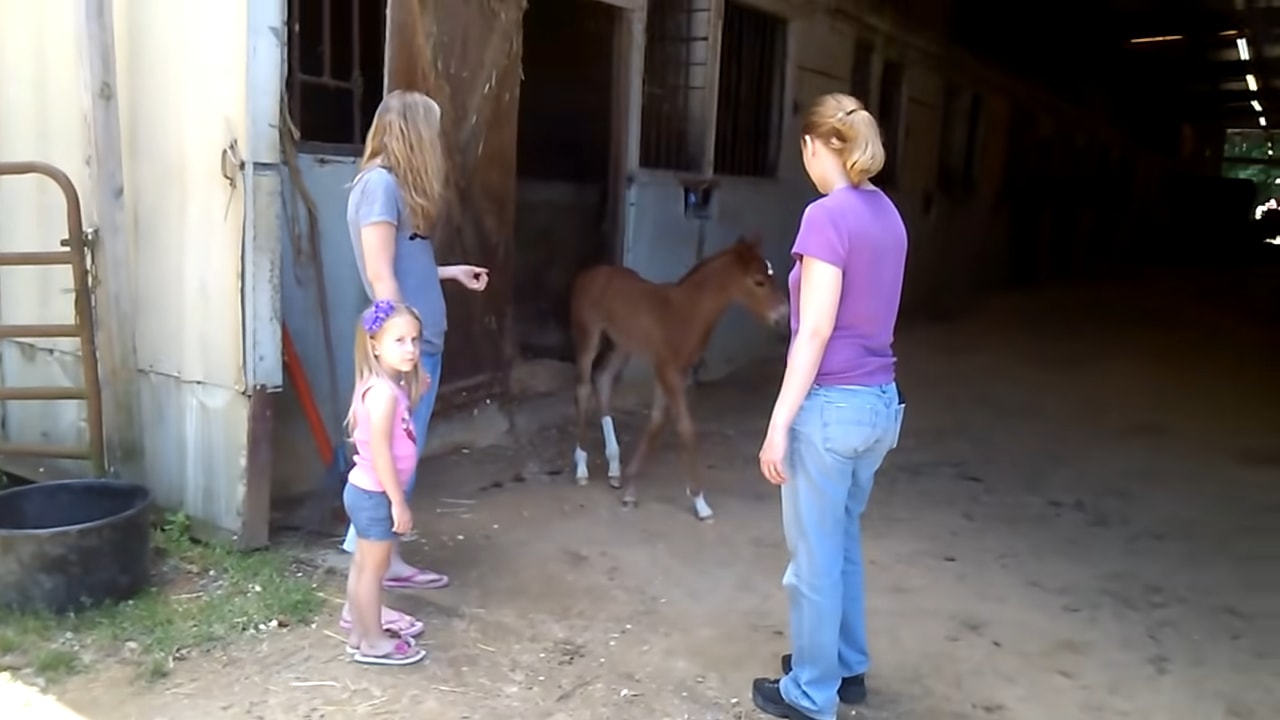 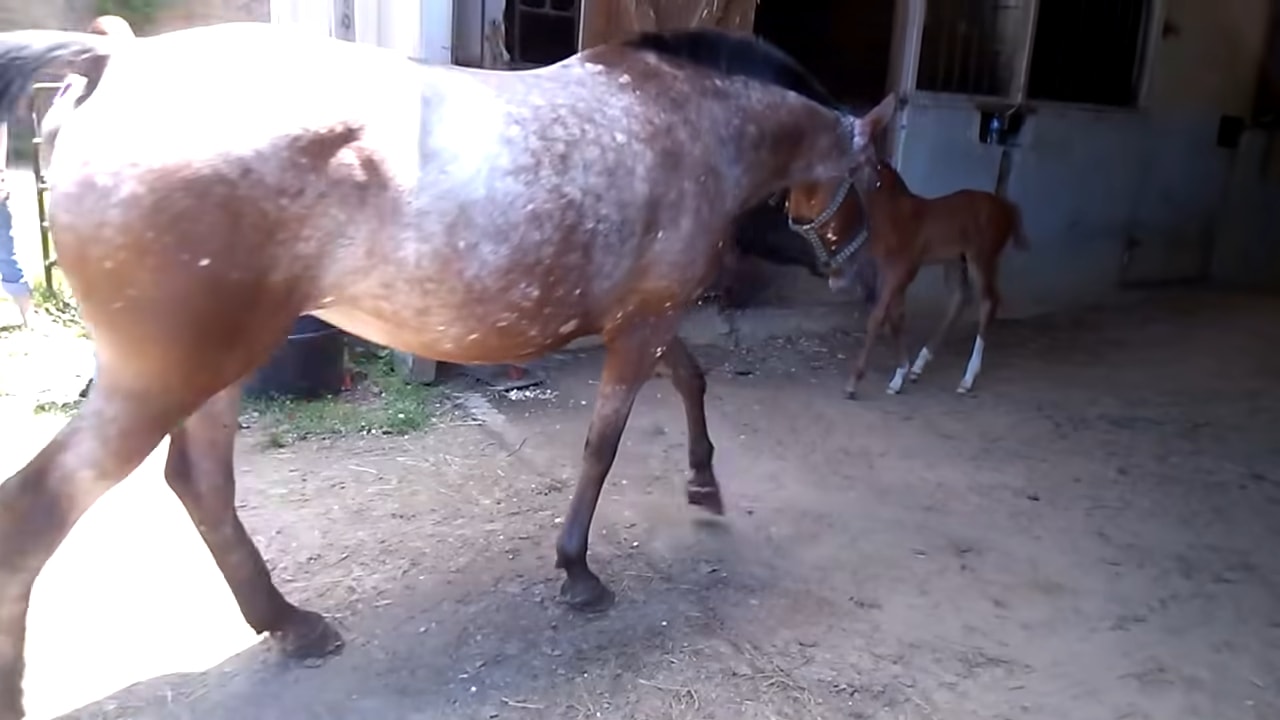 On the other hand, communication events initiated with nickers are more likely to suckle or decrease to mare-foal distance when used by foals, but not mares. When mares use nickers to initiate communication, the outcome is more likely to be no change to the animals’ distance or current activity.

Anyway, a mare knows when her foal is in danger, so she is capable of anything only to protect her little one. But we already knew it, right?