Let’s take a look at this beautiful mare running around with her one-week-old foal. Amazing, isn’t it? Mares and foals are typically close to each other during the first days and weeks of life. It is said that a mare will remember her baby for the rest of her life, even if they’re separated very early and reunited only after many years. 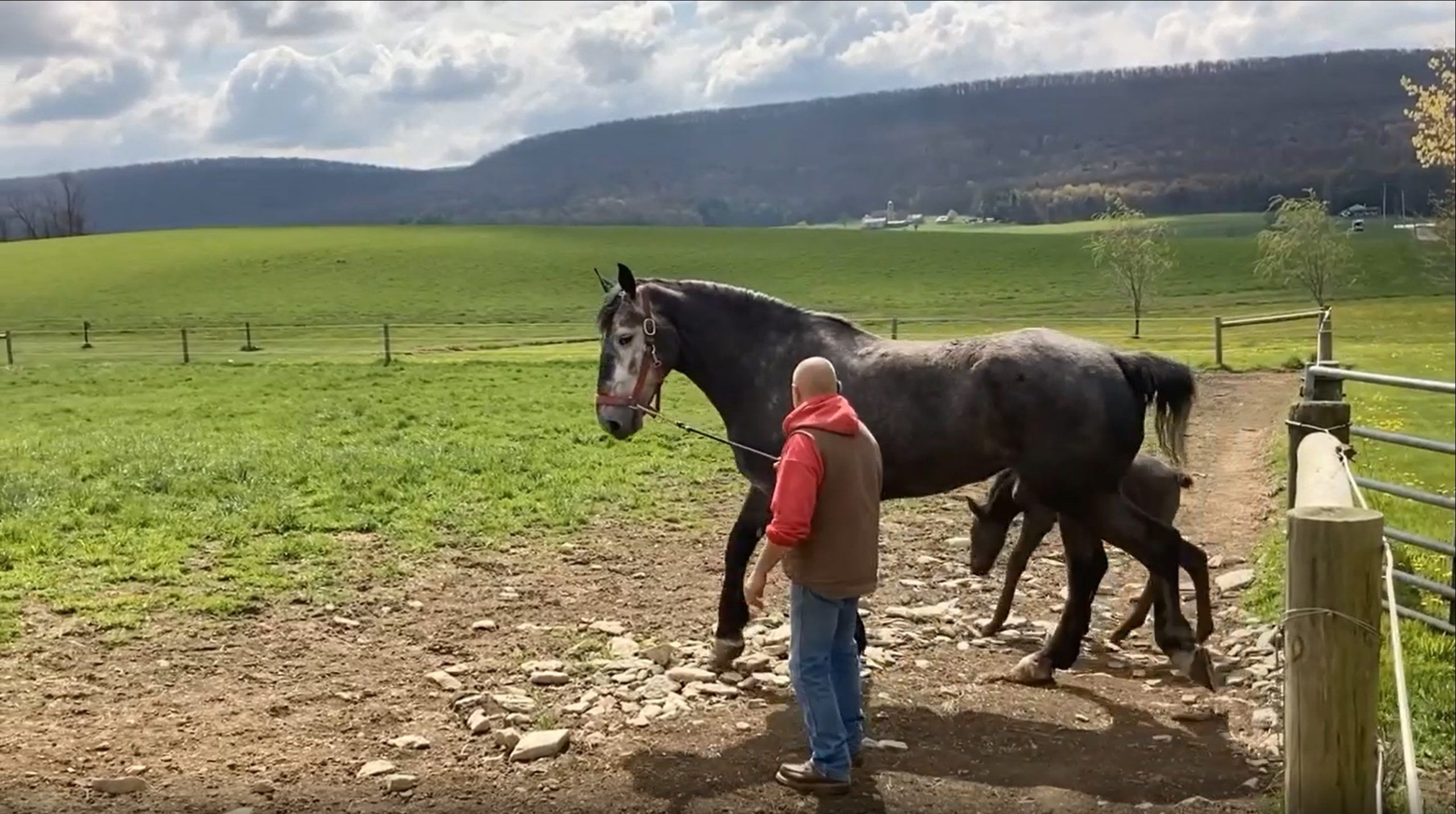 Horses are considered a follower species and like to keep their foals nearby at all times, in contrast to animals such as deer, which are part of a hider species that tend to stash their young in hiding places and leave them for periods of time while grazing. 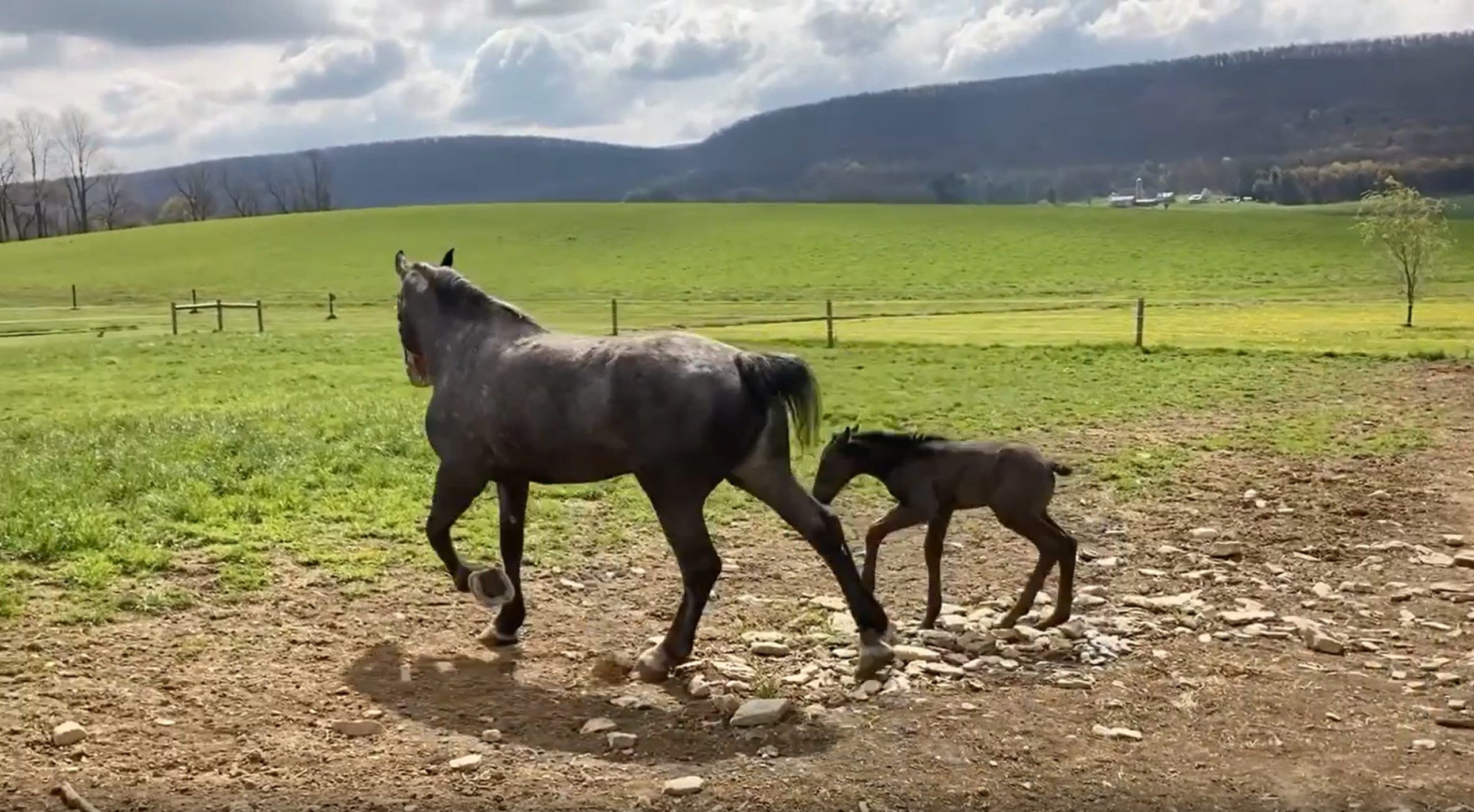 The bond of the mare and the foal is very important for both the physical and mental health of the foal. While the bond of the mare to the foal occurs during the first few hours post-partum, that of the foal to the mare takes place over a period of days. It is very important that we don’t hamper the establishment of their relationship with our activities, or bonding problems can occur. This can become an issue, especially if the foal gets sick and mare and foal are separated to enable treatment. 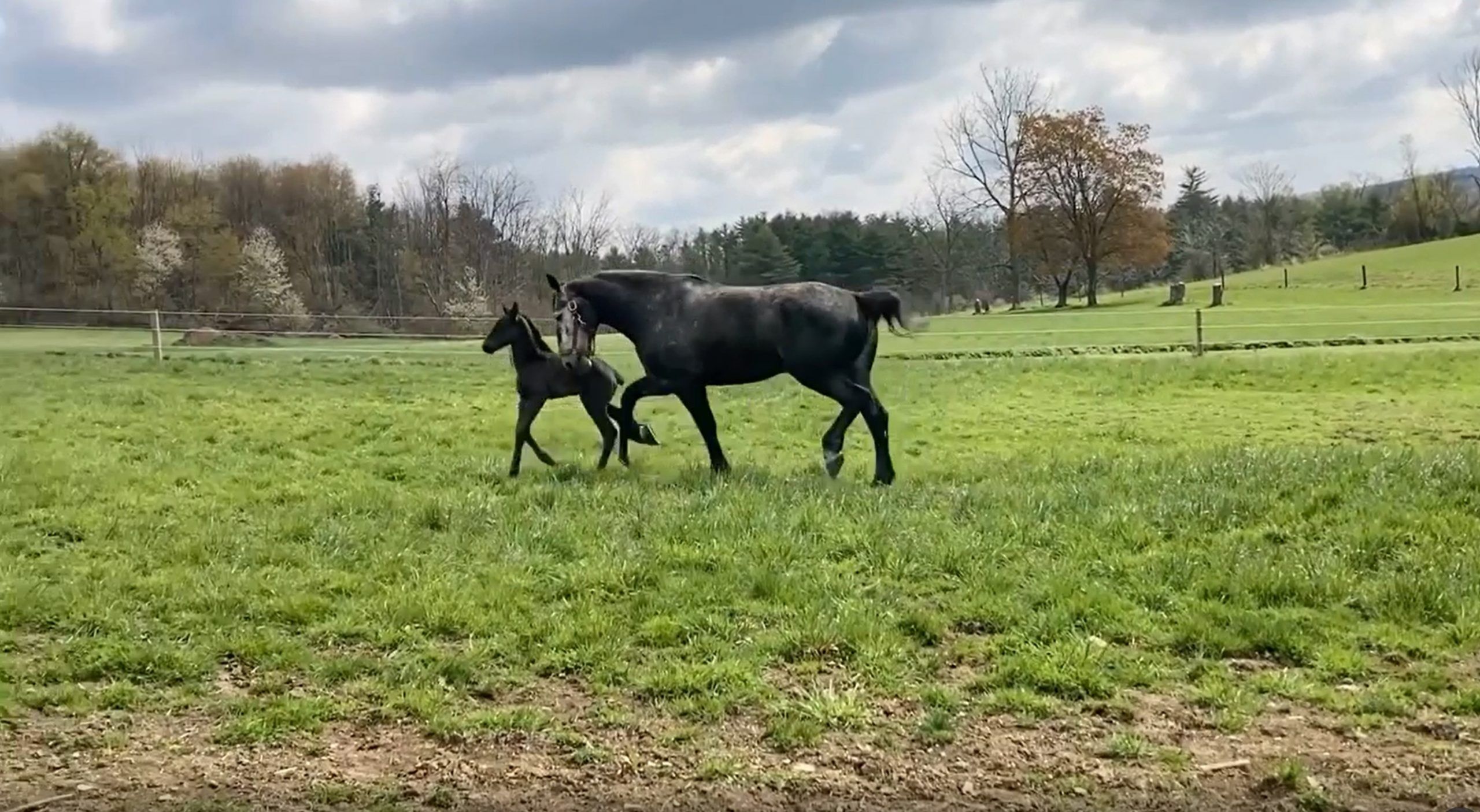 Foals usually take about a week to recognize their dams and may follow any large, moving object in the meantime. The mare and foal will soon recognize each other by vocalizations. This is important if the foal is separated from the herd. The mare will vocalize and the foal will go toward the mare’s call. 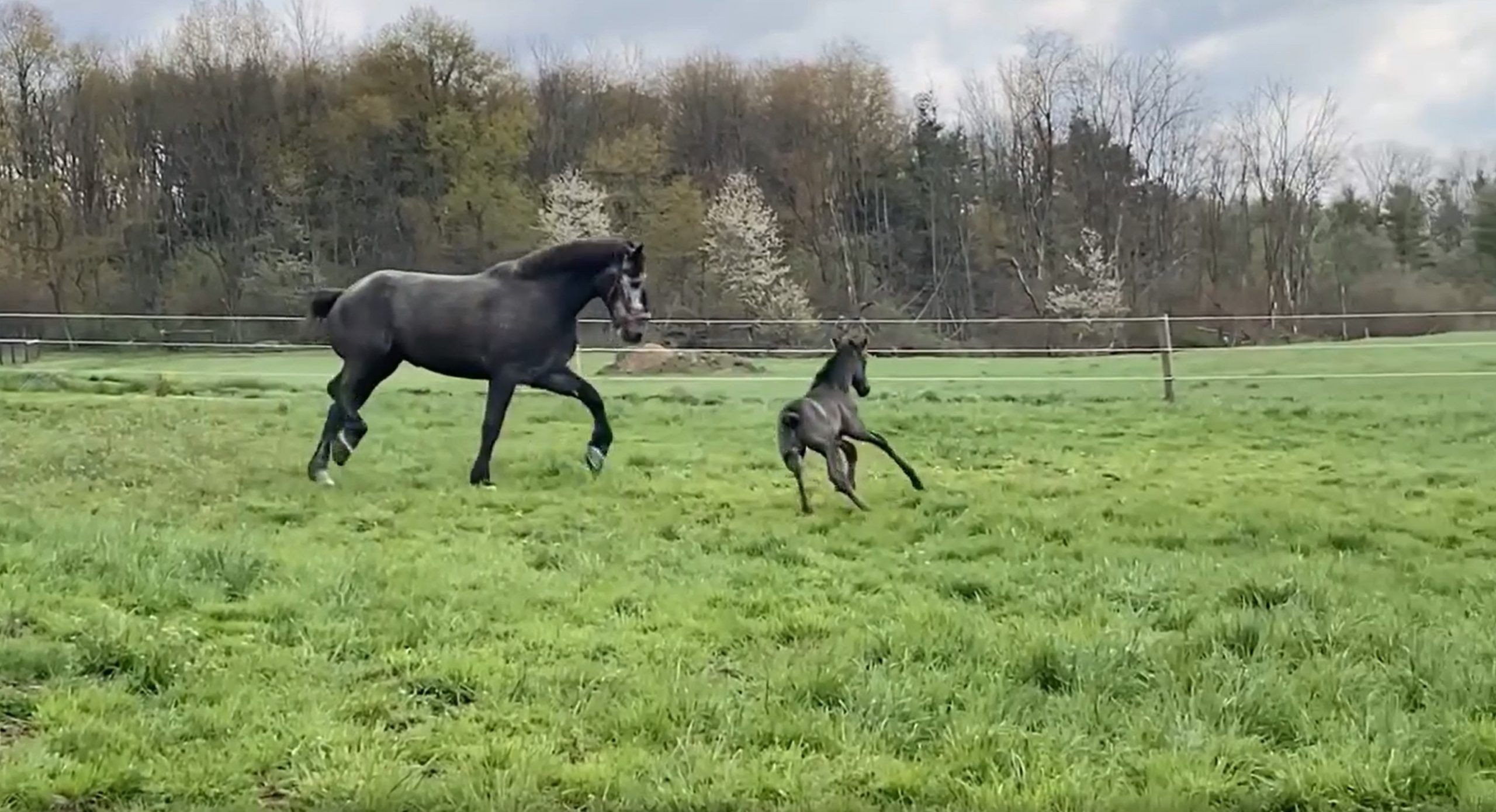 Once foals are one or two months old, they begin to engage in play and mutual grooming with other foals. These activities teach foals social structure, as fillies tend to bond with and groom other foals, while colts tend to do less mutual grooming. 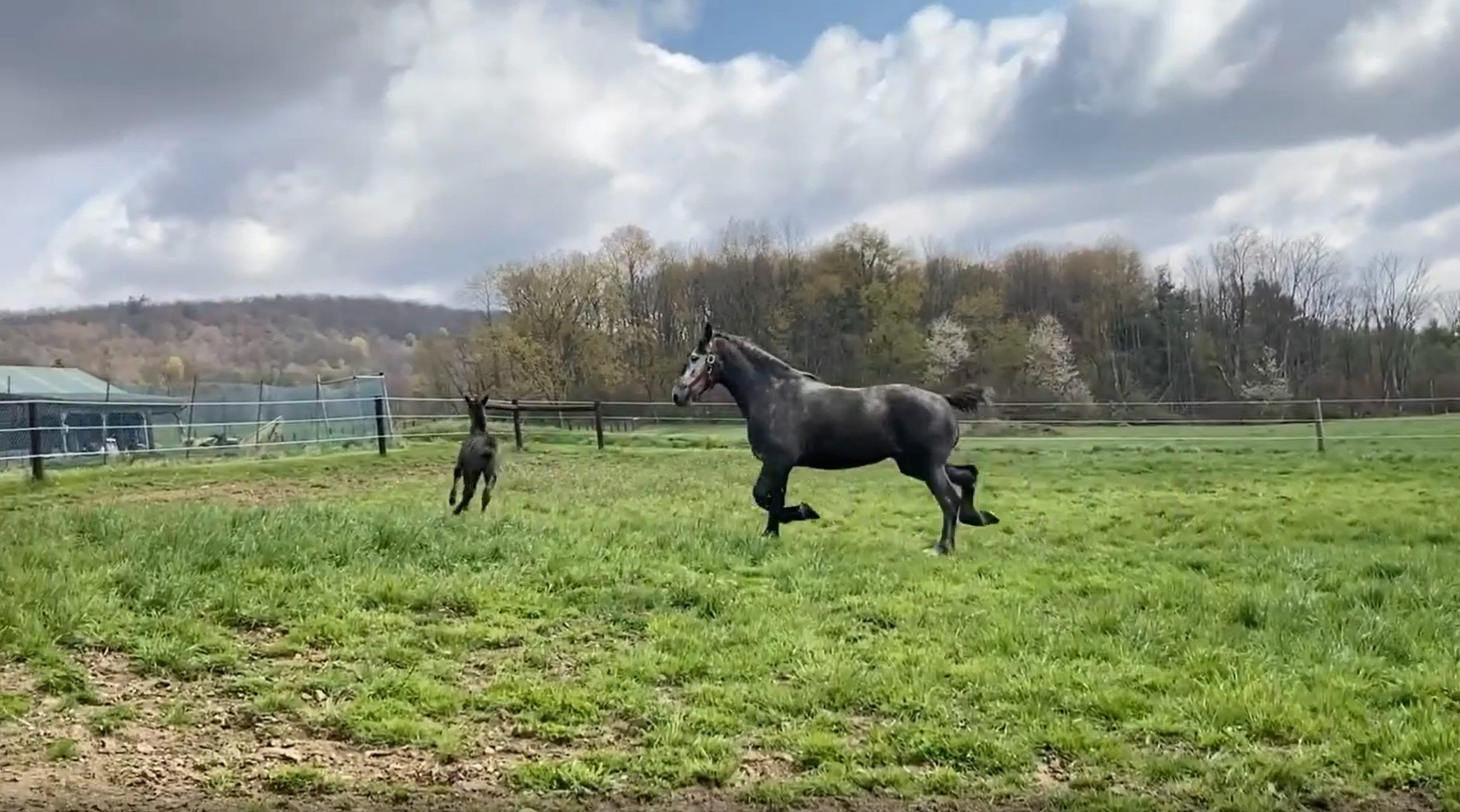 Foals should be full of energy and nurse with vigor and frequency. If your foal seems dull or lethargic, it is an emergency and may indicate serious illness. Call your veterinarian with any questions and concerns. He or she may need to perform a thorough mare and foal exam and can offer support as you and your mare welcome this new life into the world.