The Percheron is a breed of draft horse that originated in the Huisne river valley in western France. Percherons are well muscled, and known for their intelligence and willingness to work. Although their exact origins are unknown, the ancestors of the breed were present in the valley by the 17th century. They were originally bred for use as war horses. 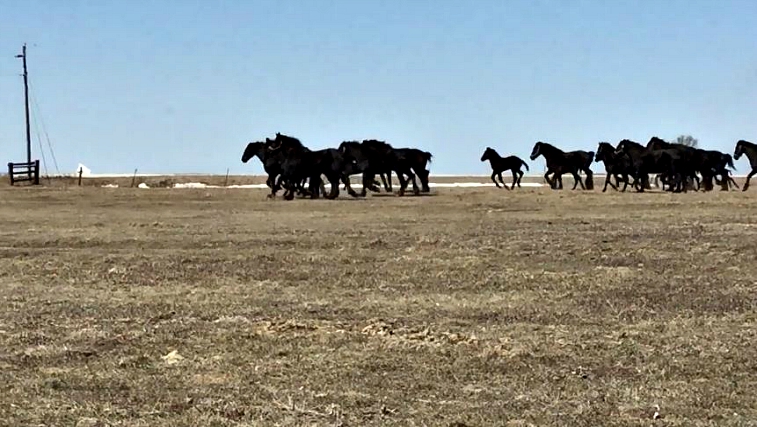 Over time, they began to be used for pulling stagecoaches and later for agriculture and hauling heavy goods. In the late 18th and early 19th centuries, Arabian blood was added to the breed. Exports of Percherons from France to the United States and other countries rose exponentially in the late 19th century, and the first purely Percheron stud book was created in France in 1883. Blue Ribbon Days which is known to produce one the country’s finest Percherons posted this video on Facebook showing a herd of Percheron mares heading to the barn due to the coming snow. 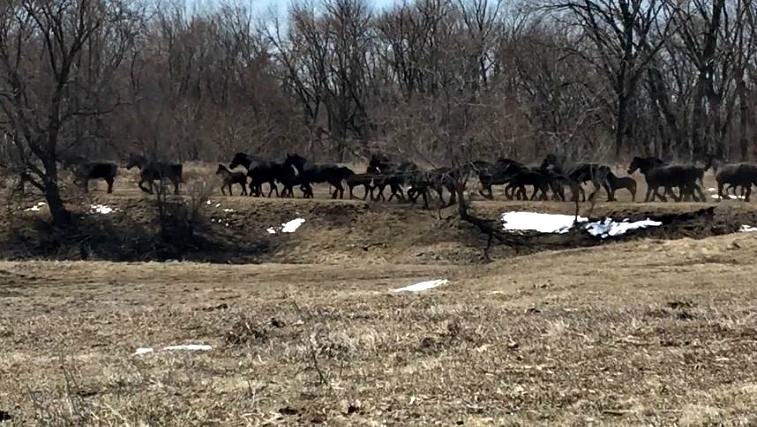 The owners decided to get their mares into the barn because the weather forecast said it was going to snow that night and they wanted to make sure their lovely horses were as comfortable as they could be by moving the herd to better quarters. The ladies and the next generation of Percherons can’t be any more beautiful. Watch and enjoy the video!