This hilarious footage shows a runaway pony walking into a Cheshire police station. It’s impossible to work out whether the four-legged animal was applying for a police horse job or handing itself in. Officers at Cheshire Police headquarters in Winsford were surprised by their equine visitor in the early hours of the morning. 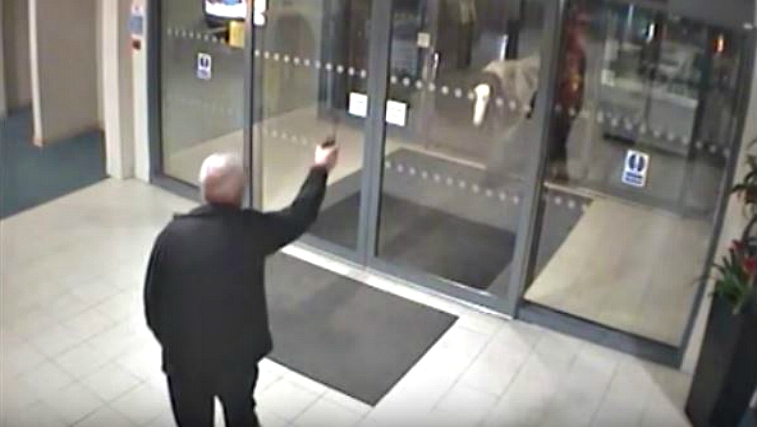 After its brief foray into the world of policing, the horse was quickly returned to its paddock. This seems really funny and when the policeman approaches him not to let him enter, the pony does not pay attention to him at all but just walks in very calmly. 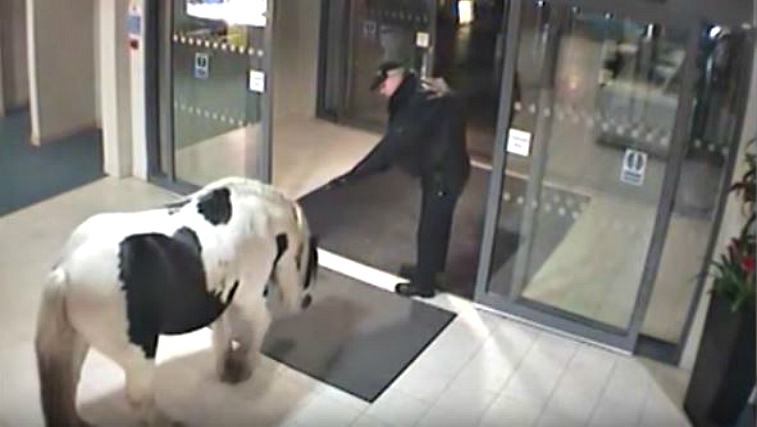 It looked like that when he walked into the police station, the cop got close to him and asked him, “Why the long face?” This weird and bizarre video really happened and you can expect anything else from a horse. You simply have to see to believe they can do anything. Watch and enjoy the video!