Eliza, an 11-year-old purebred Friesian mare gives birth to her first foal standing. The filly is by the purebred Friesian stallion Raven of Horsemeister. While the process of giving birth is so naturalistic we see that humans interfere in the process and this is not a good thing as it can harm both the foal and the mare. The only moment when humans should interfere is when the life of the mare is really in danger. 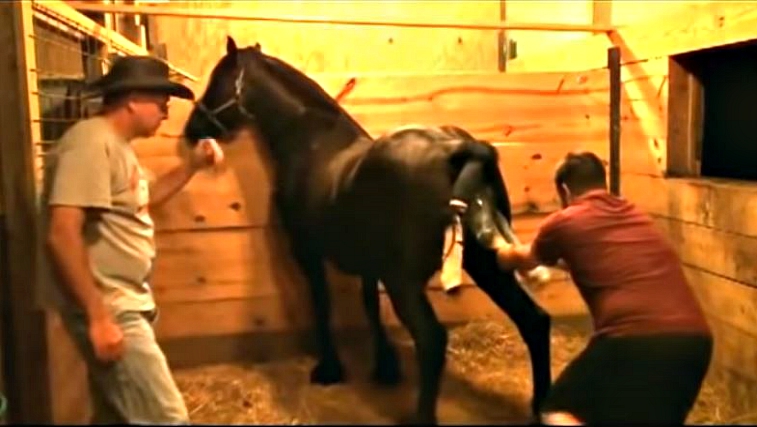 As a matter of fact it is sad seeing this mistake but it is amazing to see how the mare gives birth standing. Seeing that the mare was not lying down, the owners thought to help and did not have any other intention but pulling lightly on the foal so it could come out more easily. There are cases when mares need help with the baby and maybe it was a while since the labor started and the foal was stuck or just unable to get out on its own. 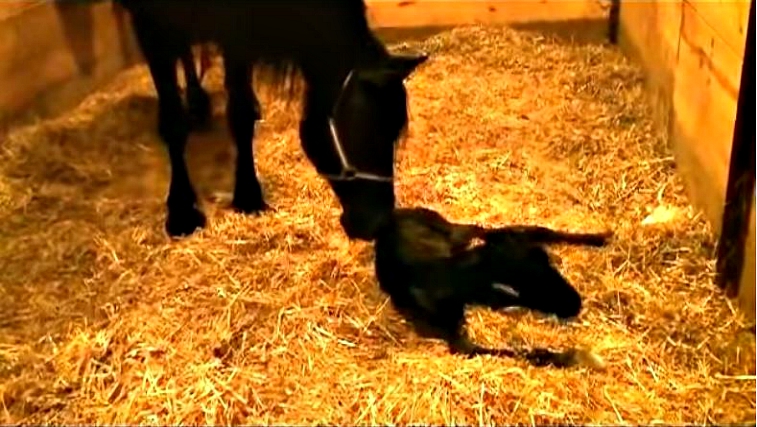 People who help mares like the man did in the video, they pull when the mare pushes. And since the mare let him do this, it is probably because she needed it. Different people have different opinions on this. What do you think? Watch the video and leave your comments!