One of the things that I like to do the most is watching different horse performances on the internet if I don’t have the chance to do it in real life, especially the group ones. Group performances of horses are indeed amazing and this one is probably one of the best that I have ever seen because it is different for the fact that usually, all the performers try to select huge and majestic horses and so he does here, but what makes it unique is the Shetland Pony who stole the heart of everyone. 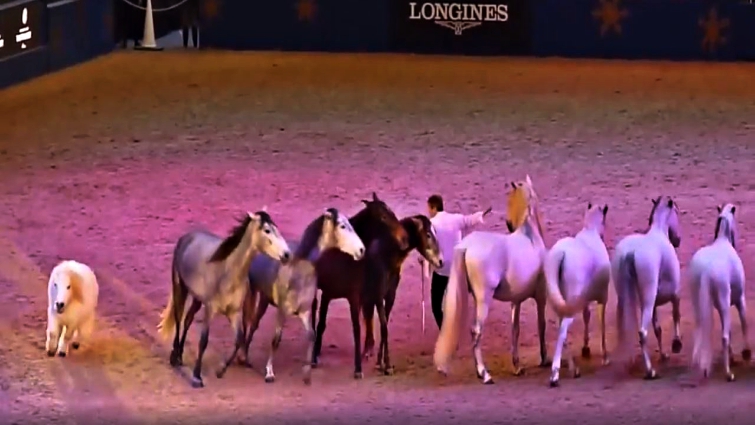 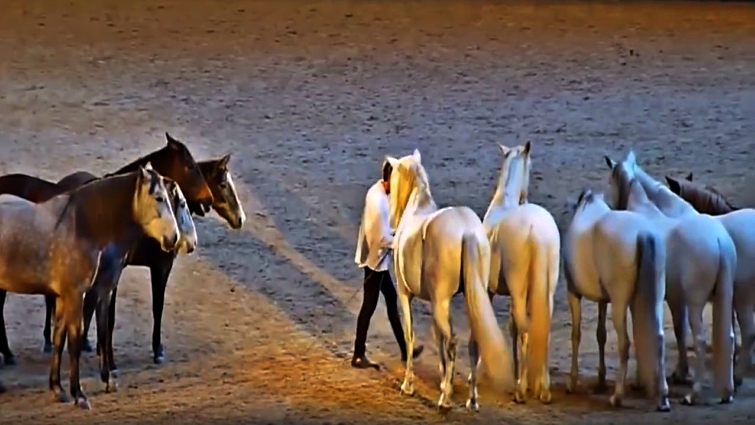 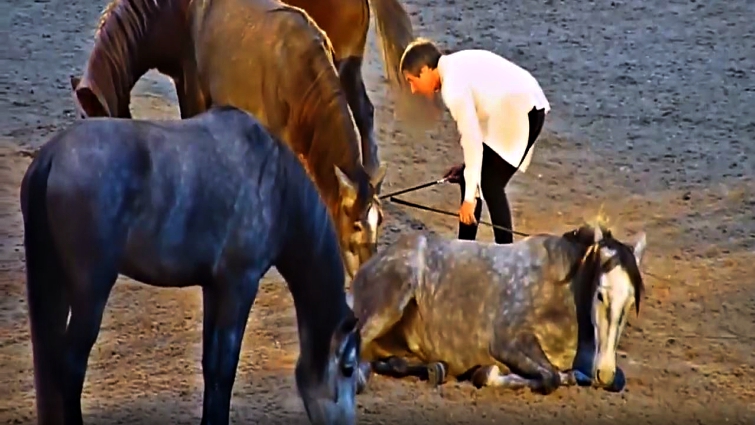 She may be an international superstar, but Kylie Minogue was upstaged by a Shetland pony at the Queen’s 90th birthday celebrations. The adorable white pony trotted out by itself during the Australian pop star’s rendition of I Believe In You. It then showed off its impressive tricks with French horse-whisperer Jean-Francois Pignon (In 2009 more than 25 years will have past after his first performance. 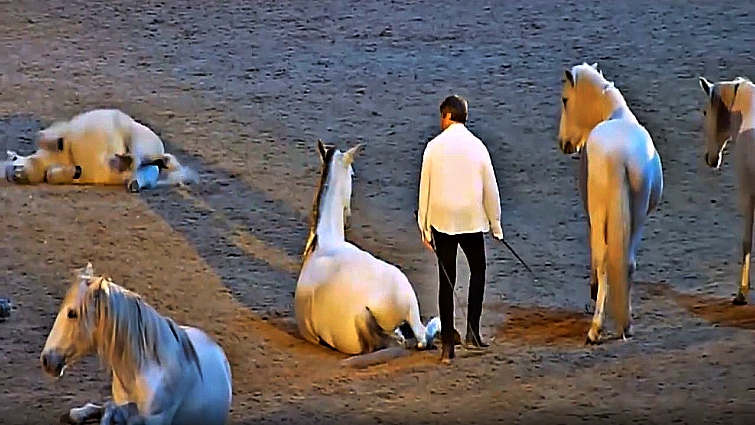 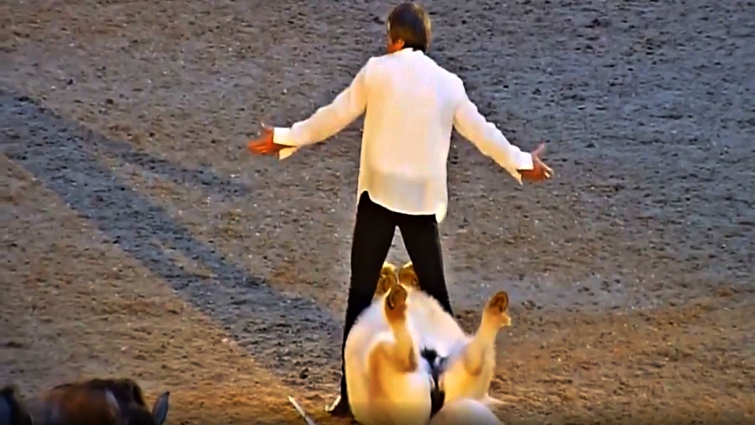 This autodidact is born 12.18.1968 in Chalones Sur Loire, in West France. At the age of six, he moved with his family to the DrÔme region. As the third boy of five siblings, he keeps the memory of a privileged childhood that was poor but full of love).  including rolling around on the ground and walking on its two hind legs. 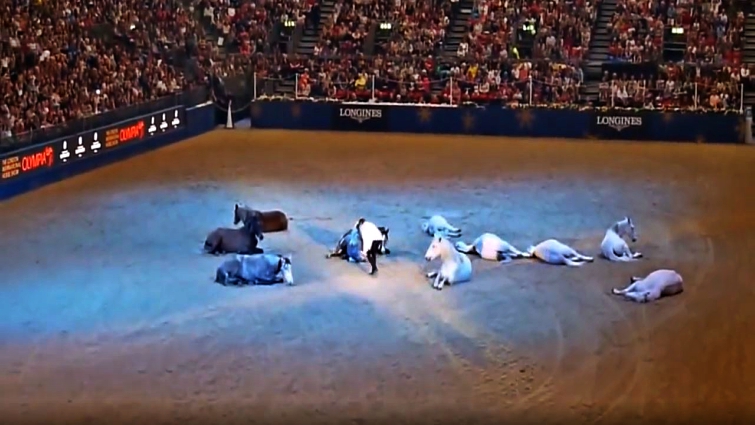 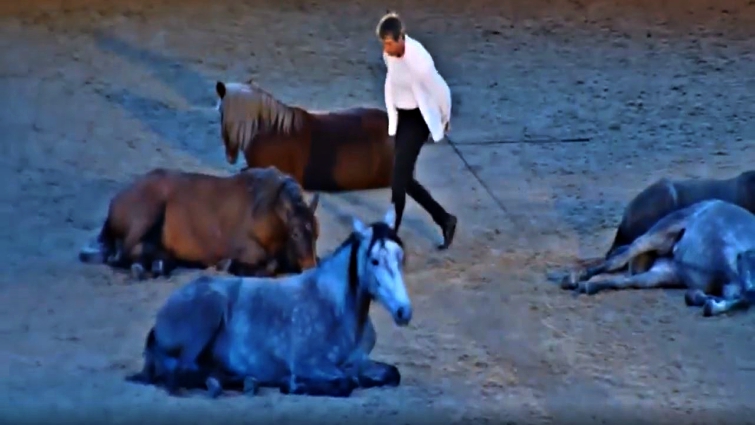 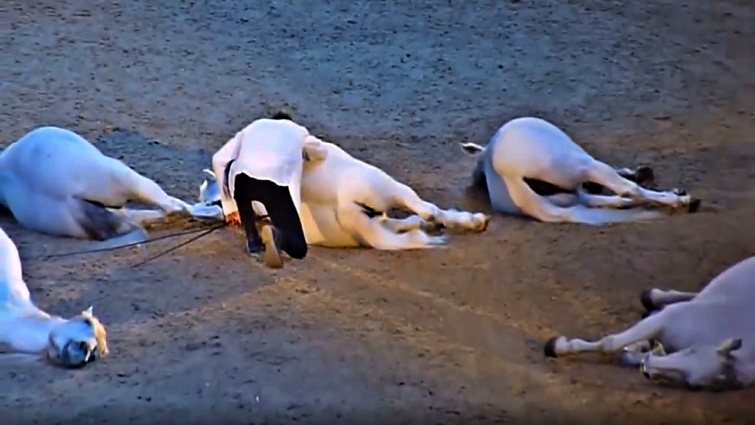 Viewers rushed to Twitter to express their delight at the Shetland pony, adding that it was the highlight of the show. I have to totally agree with that. The video became very popular because the performance was that good. The chemistry of the little pony with the other horses but at the same time with the performer was amazing. 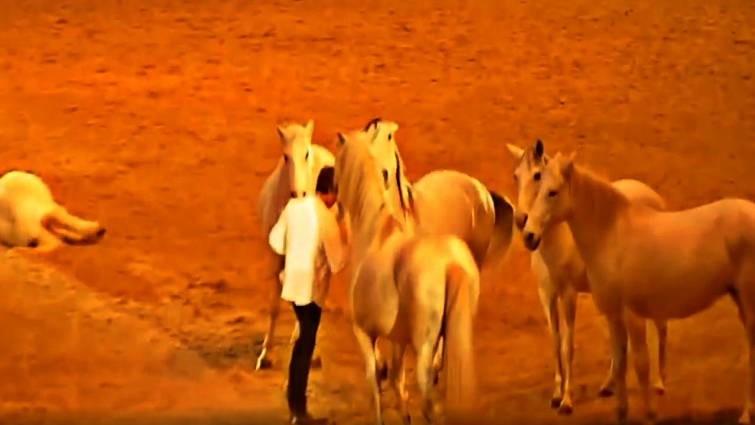 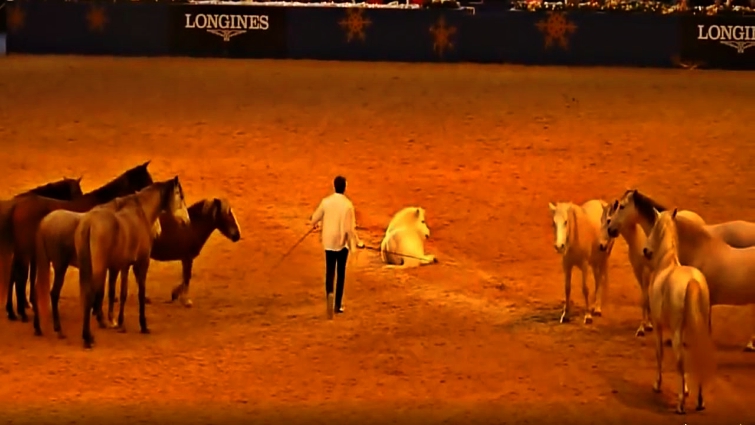 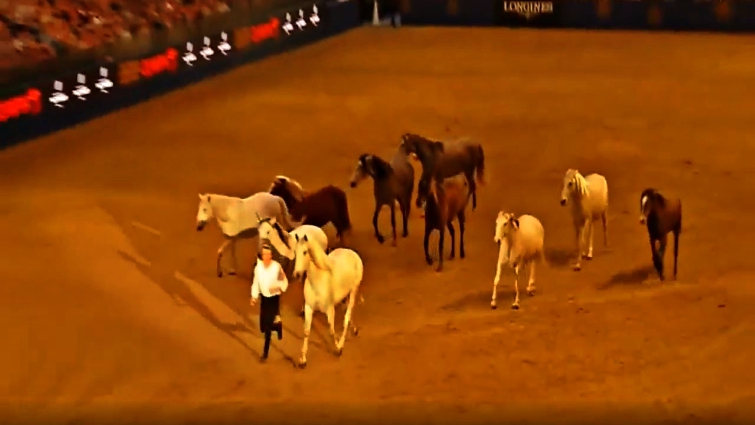 They understood each other really well and that’s why every single movement was perfectly synchronized, It is worth saying that Jean-Francois is an amazing trainer who is capable of keeping his horses calm and help them bring the best possible out. I am convinced that this performance is iconic and it is going to be relevant after a long period of time as well. Have a look and let us know what you think. If you think that it is worth sharing with your friends, make sure to do so.