First of all, let me express my delight at the sight of this fascinating video. Green grass, flowers, sun, and adding these fantastic 4-legged creatures, I think we have the most beautiful landscape. Is this what heaven looks like? What could be more enjoyable than spending a day admiring these animals? Especially when they all get along with each other. 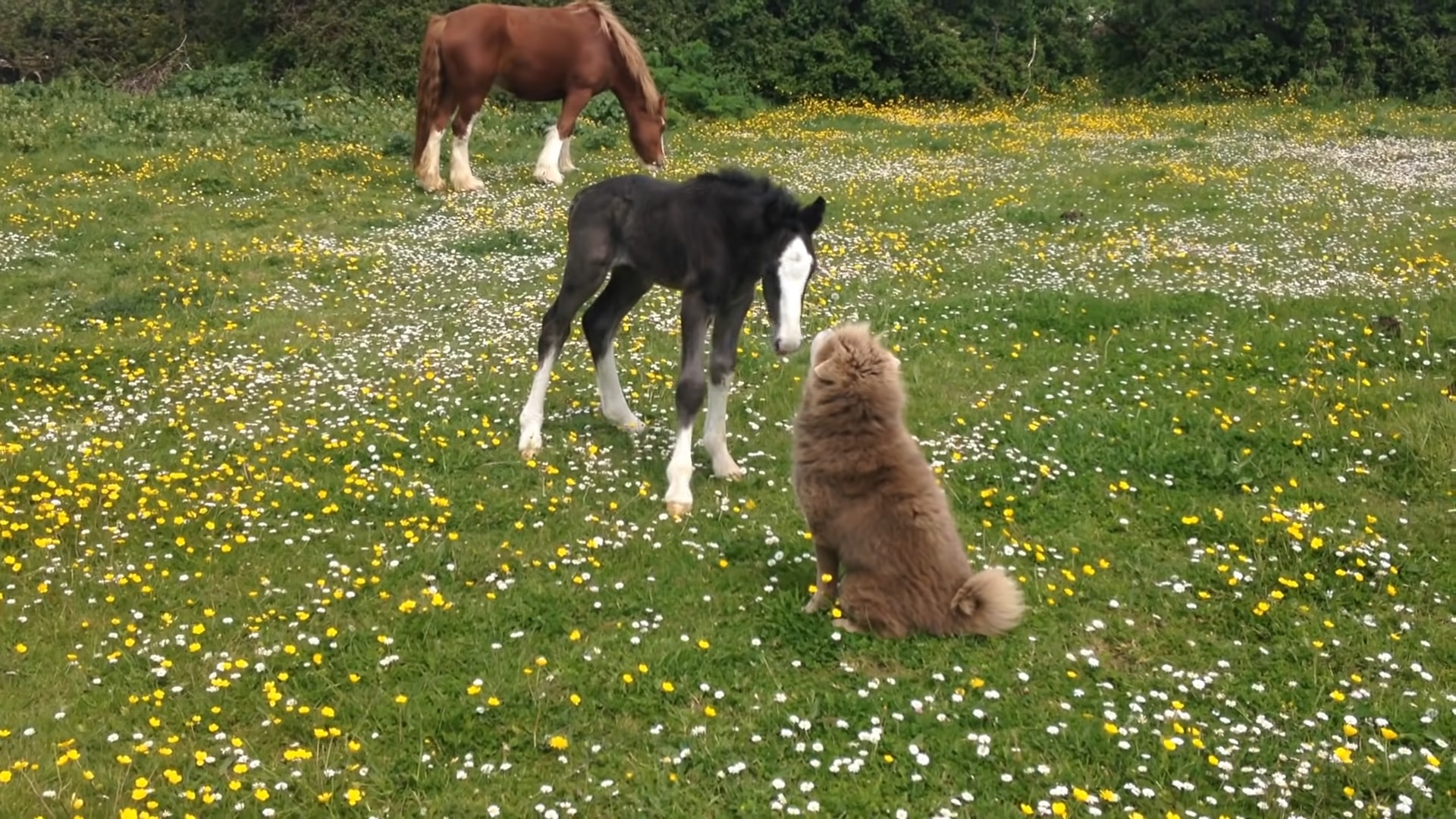 I think we all already know that horses and dogs can become great friends when they are introduced to each other correctly. They can become best buddies in some cases, I would say. Yes, even a foal and a Shar-Pei dog. And I think this foal’s mom is like, “glad I got a babysitter!”.

Shar-Pei is a dog breed from southern China. Traditionally maintained for dogfighting, Shar Pei was on the verge of extinction in the 20th century. The breed is known in the West for deep wrinkles, while in Hong Kong, it retains a less wrinkled traditional shape.

Many Chinese Shar Peis are dominant or aggressive toward other dogs and other animals, especially of the same gender, and many have strong instincts to chase and seize cats and other fleeing creatures. And although this is not a good breed to keep with livestock, it seems like this Shar-Pei is very gentle with this foal. And the foal’s mom doesn’t mind its presence. So they may be already familiar with each other. 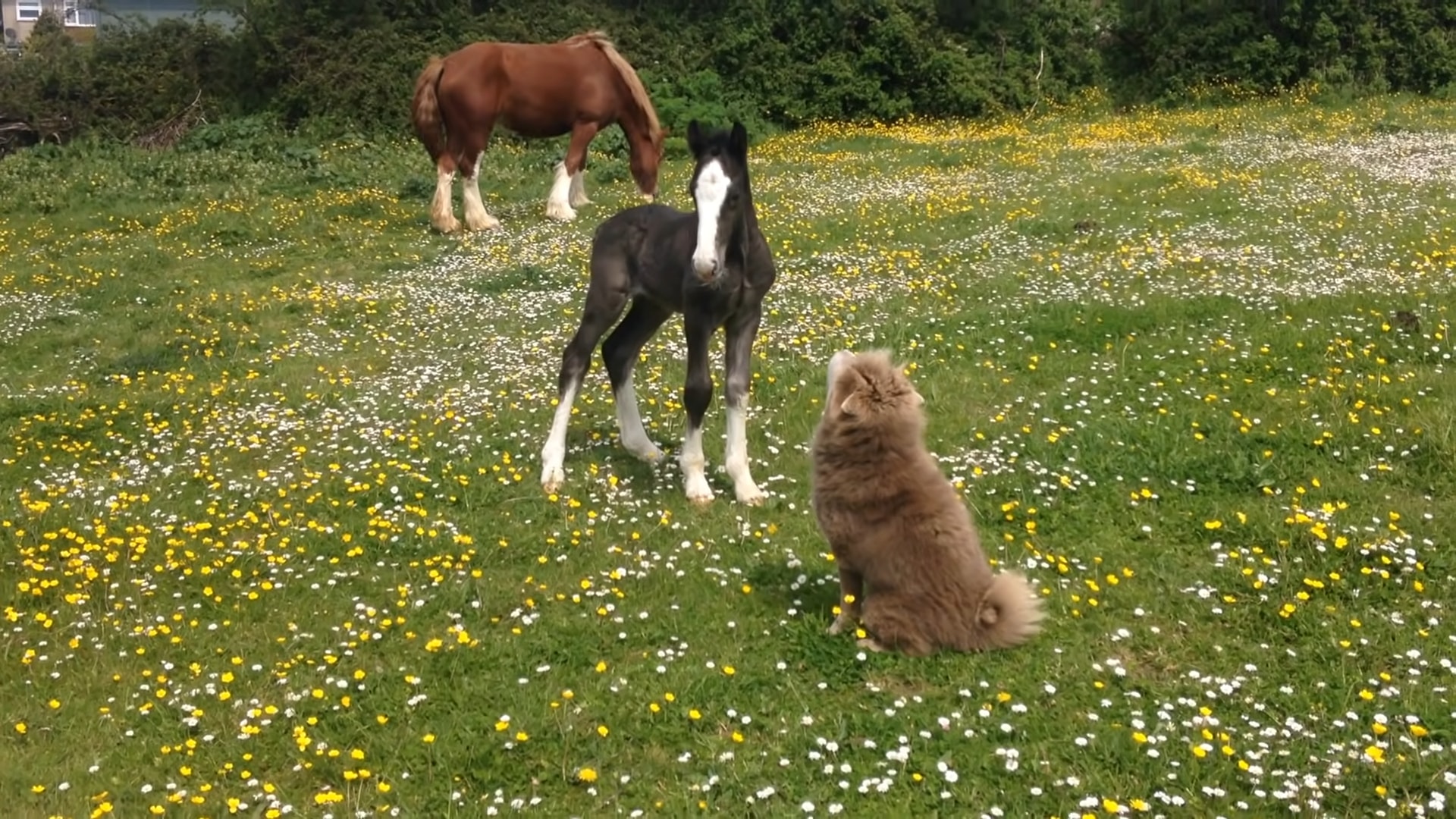 It’s pretty common knowledge for anyone who grew up with many different kinds of animals, and if you’re likely enough to own a dog and horse, you’ve probably seen their special bond firsthand. But, again, it all depends on how they were introduced to each other in the first place.

The best way is to introduce them in a positive, low-stress environment and to make sure that the dog isn’t overexcited and begins their interaction while on a leash.