We all understand that nature can be a mean beast, and sometimes a foal is left without a mother. Since a foal normally stays with the dam until about six months of age, any foal that loses its mother younger than that is considered “orphaned”. 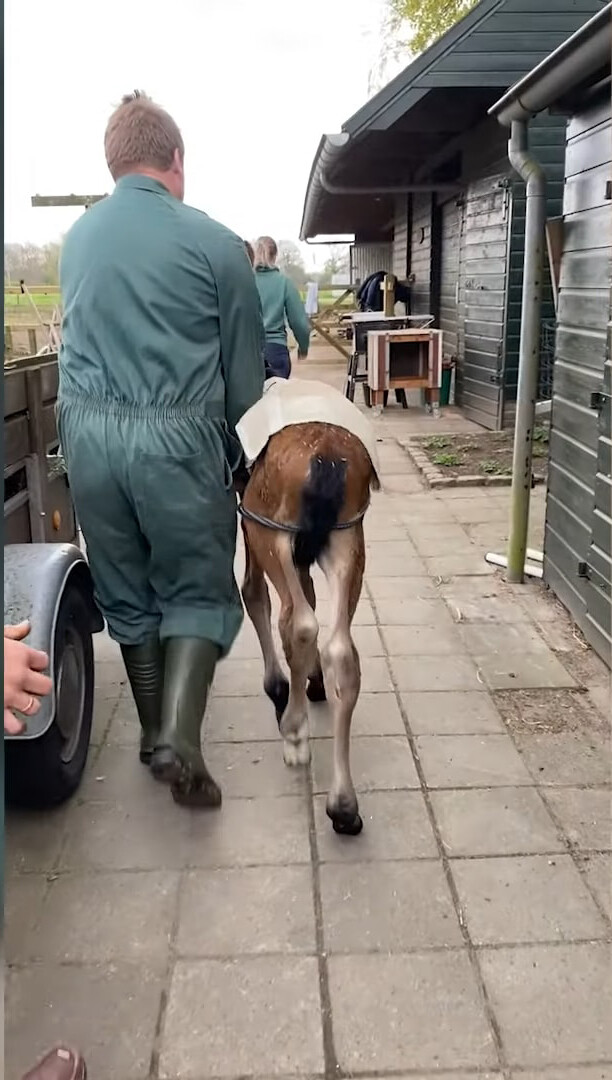 And we know that an orphan foal still needs another mare or a person to provide milk and care, especially during the first vital days of life, right? Some producers have successfully used other mares as foster mothers. And we have a real case in our video. In those cases, the mare not only must accept the foal nursing on her but also be synchronized in her lactation as well. 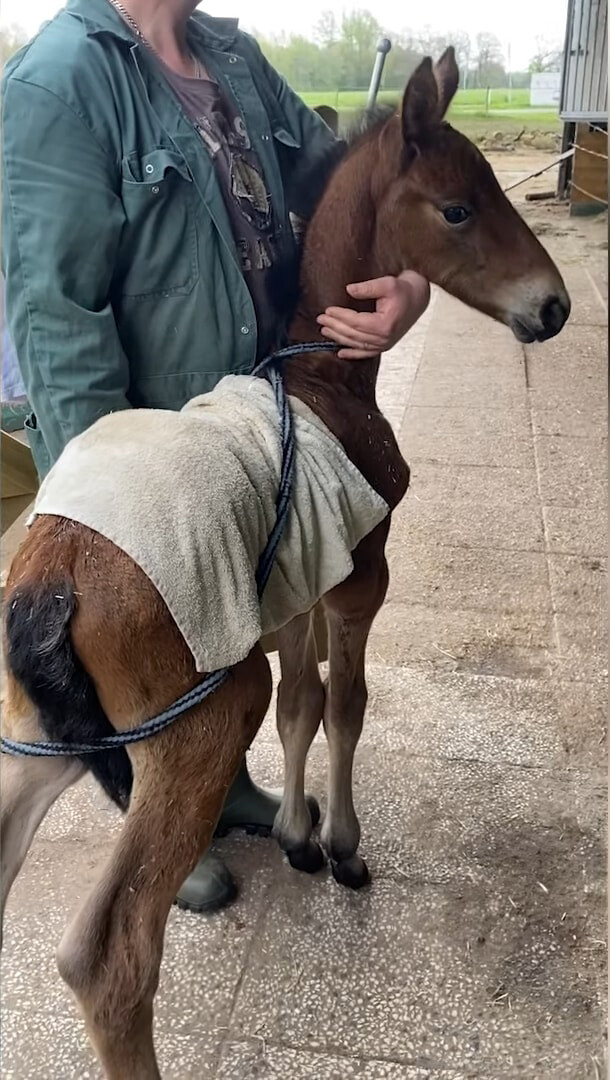 Some owners have rubbed the foal with the foster mare’s feces, milk, or sweat to help the mare accept the foal as her own. Others have put some type of vapor rub ointment around the mare’s nose to interfere with the foal’s odor and, in essence, trick the mare. The same ointment may be placed on the foal. 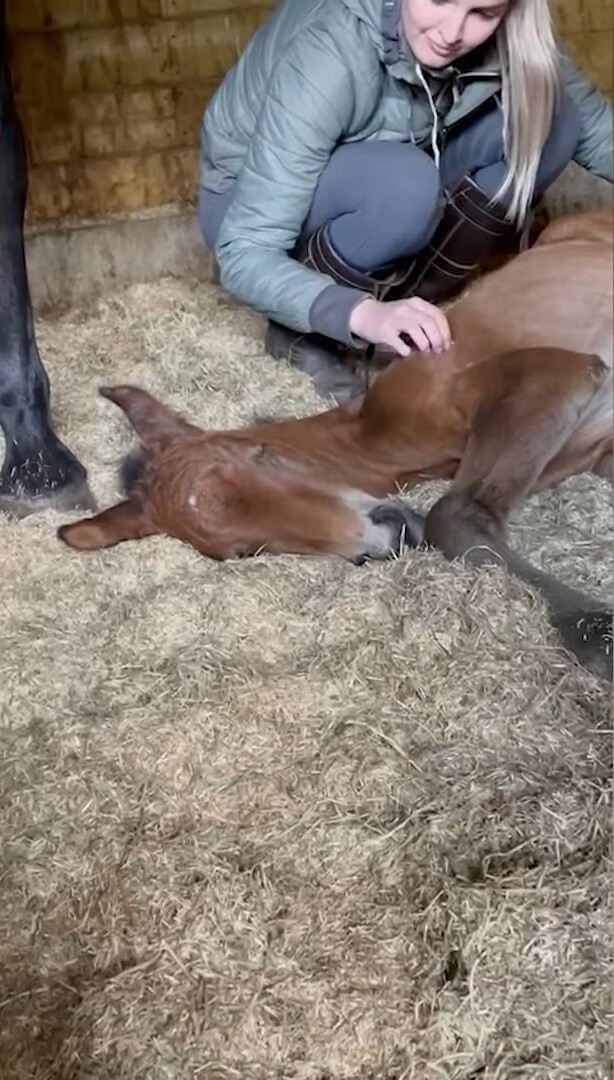 Foals orphaned at a very early age should either be placed on a foster “nurse” mare or receive an artificial milk substitute. In either case, the newborn must receive adequate quantities of colostrum. Obviously, if the mare dies at birth, the foal must be given colostrum from another mare in order to survive. 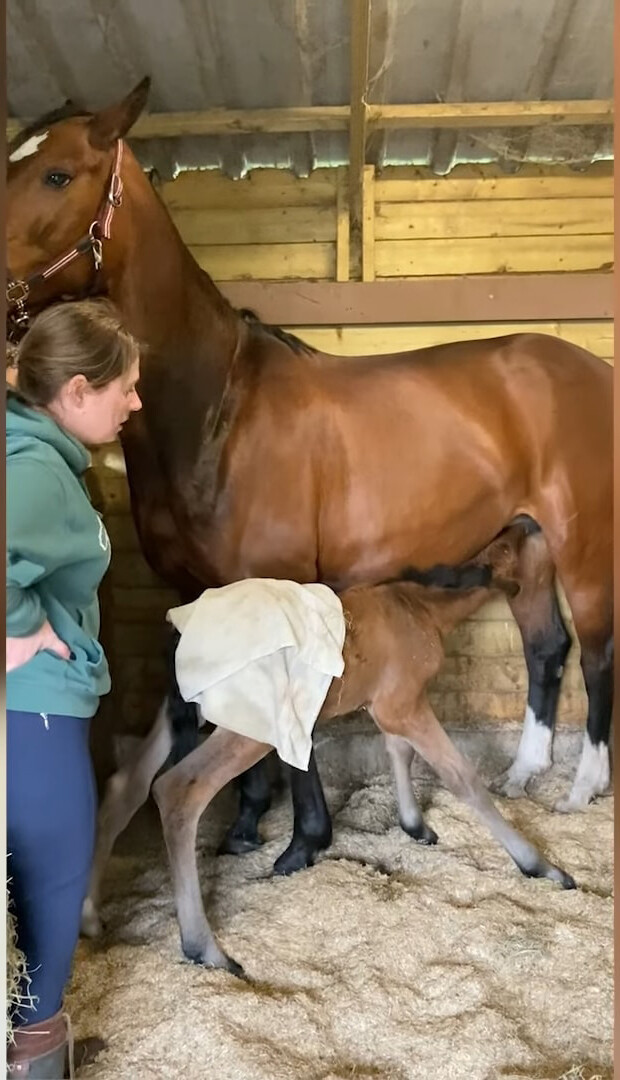 A great way of fostering is to keep the foal fed and hydrated until fostering can take place. Ideally, you need to provide an alternative colostrum supply, tetanus antitoxin, and antibiotic cover. You also need to check the IgG levels and give a plasma transfusion if deficient. On attempting fostering, ensure a safe, calm environment with at least two helpers. 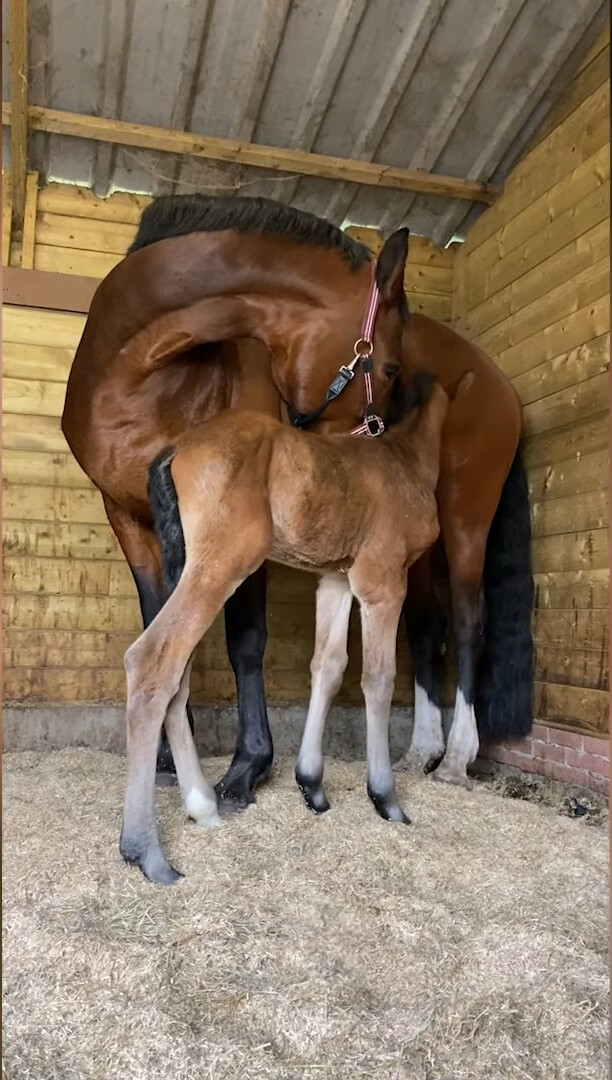 With the caveat that the more frequently the foal is fed, the more optimal his growth rate, most orphan foals can be placed on a feeding schedule of once every one to two hours in the first week, then every four to six hours after the second week of life.