Horses can become very attached to each other, especially foals to the mare. So, as we can see in this video, this foal doesn’t want to leave the mare’s side at all. That’s because, in the first month of its life, the foal is dependent on its mare. 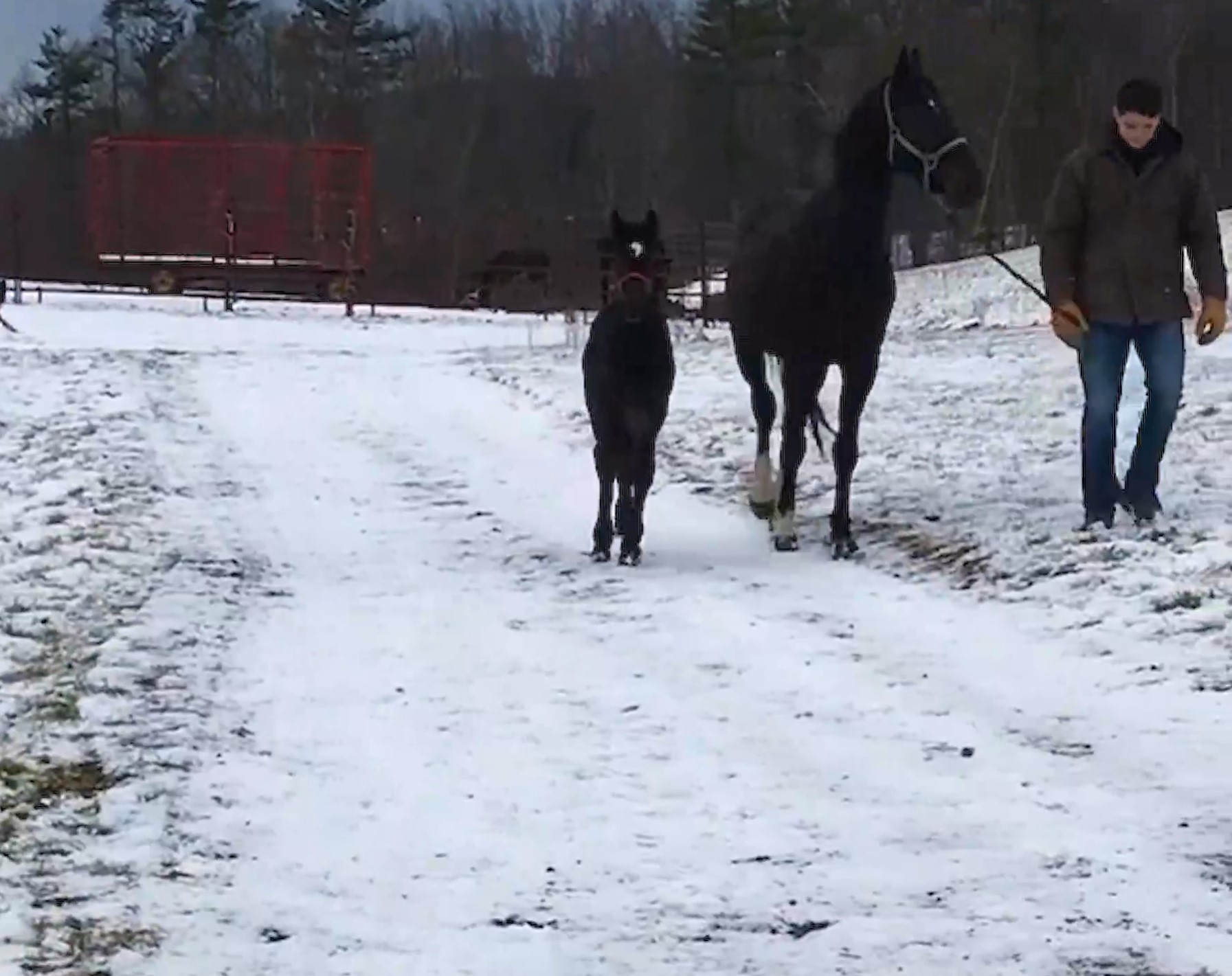 The first month of a foal’s life is called the period of dependence, during which the foal is most dependent on the mare for nourishment and protection and has the slightest contact with other members of the herd. During the first week of life, the foal remains within 16 feet (5 meters) of its mother more than 99% of the time. After that, play is infrequent, consisting mainly of short bucks and runs while close to the mother. In addition, foals of this age are particularly likely to play with the mare’s tail, ears, mane, and halter, and the mare is generally tolerant of this behavior. While foals rarely graze during this time, foals only one day old may nibble a little grass. 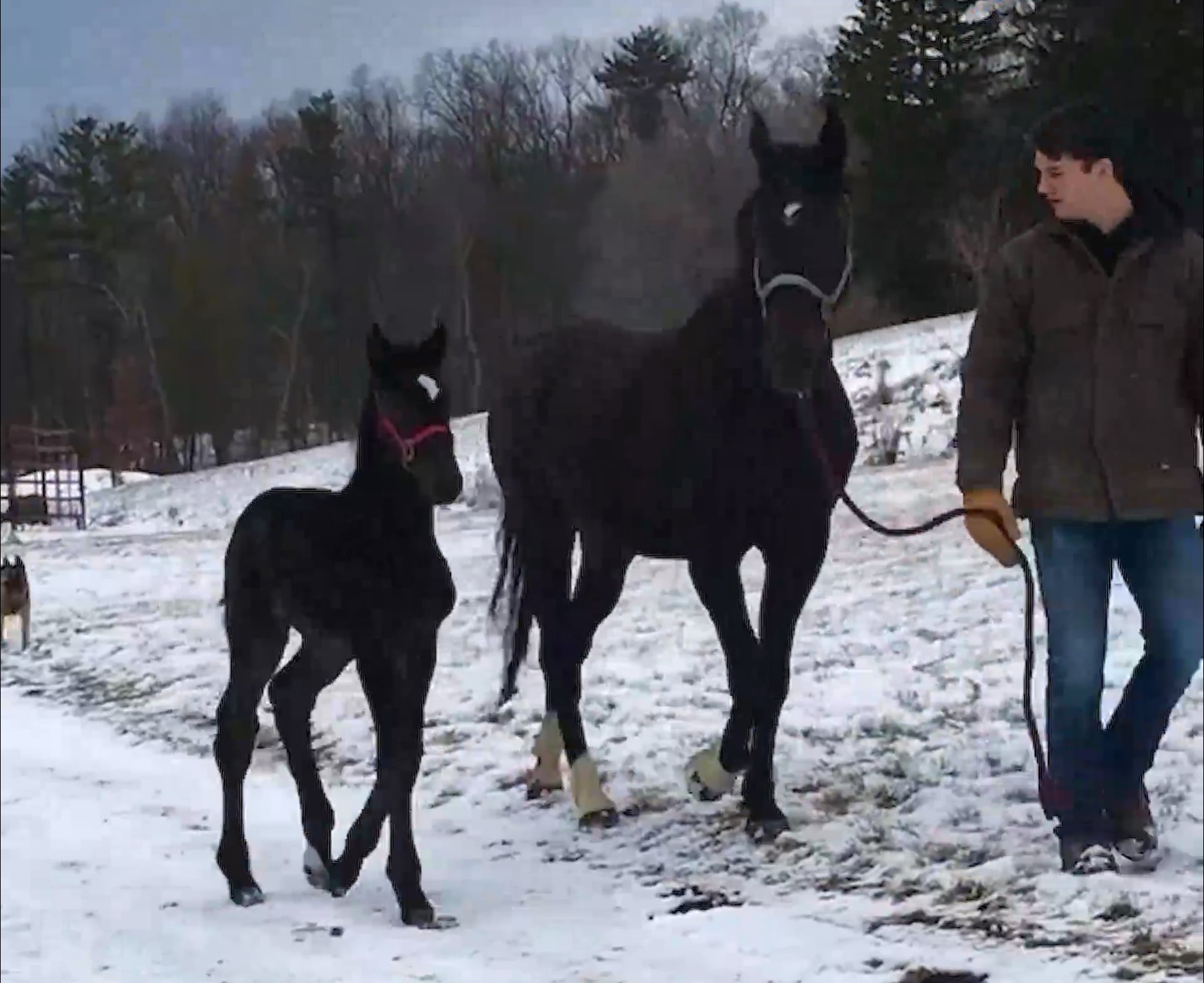 Also, during the first week of life, foals spend almost one-third of the daylight hours in recumbency, lying on their sternum or side. However, the amount of time spent in this state steadily declines with maturity. It is gradually replaced with increasing periods of upright rest, in which a horse engages its stay apparatus to rest and enter slow-wave sleep while standing. While foals do engage in some upright rest during the first week of life, their amount of it does not match that of adults in the same environment until the fifth month of life. 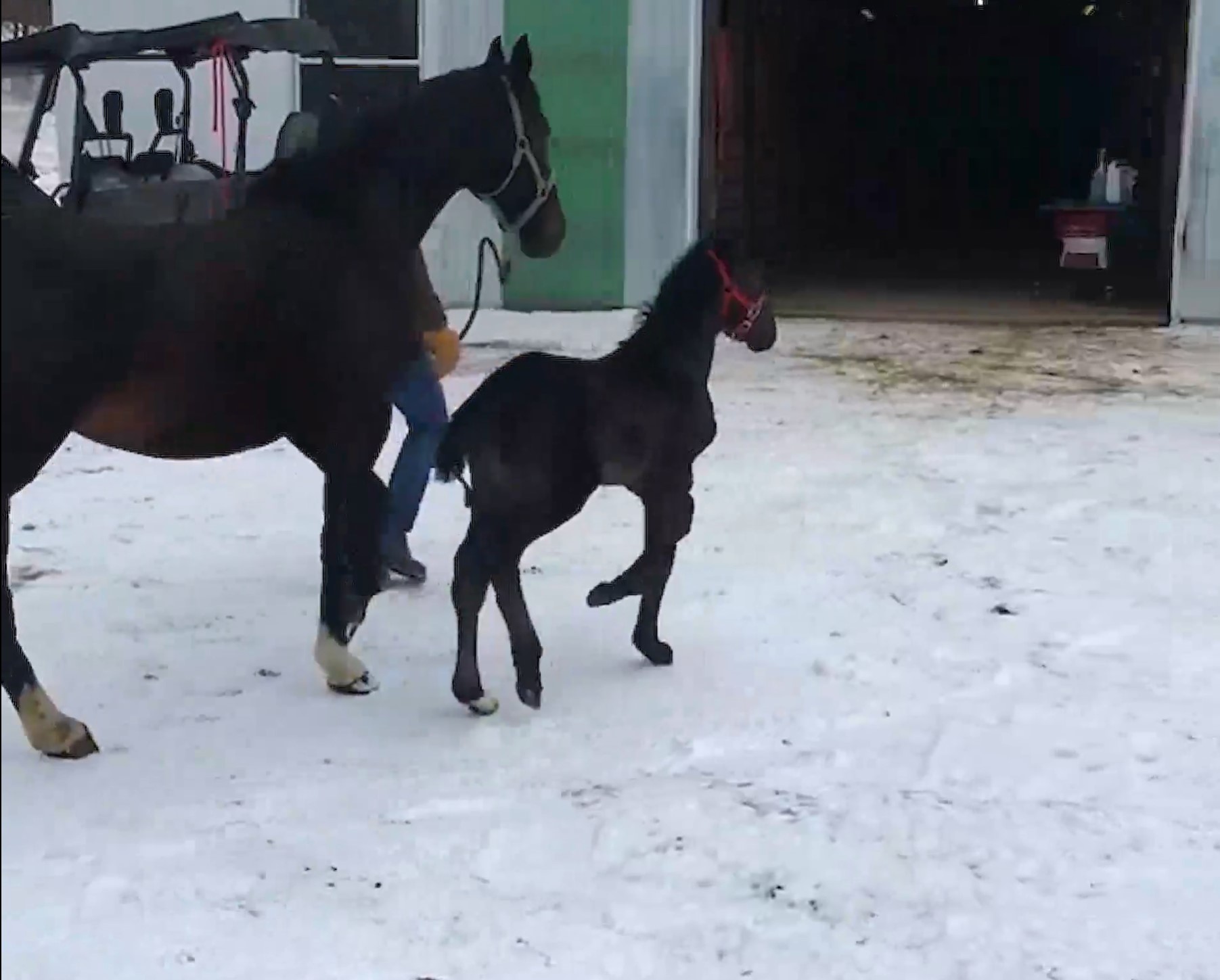 And the mare is very protective of its foal as well. Also, horses have complex emotions that extend beyond happy and sad, including deep feelings of warmth and love for their young foals.