Equines can start and stop play sessions through a series of behavioral signals, especially when they are still foals. Typical initiators are nudging or nipping, approaching nose-to-nose, as well pawing at another horse. Play fighting, in particular, is often initiated through head-tossing. 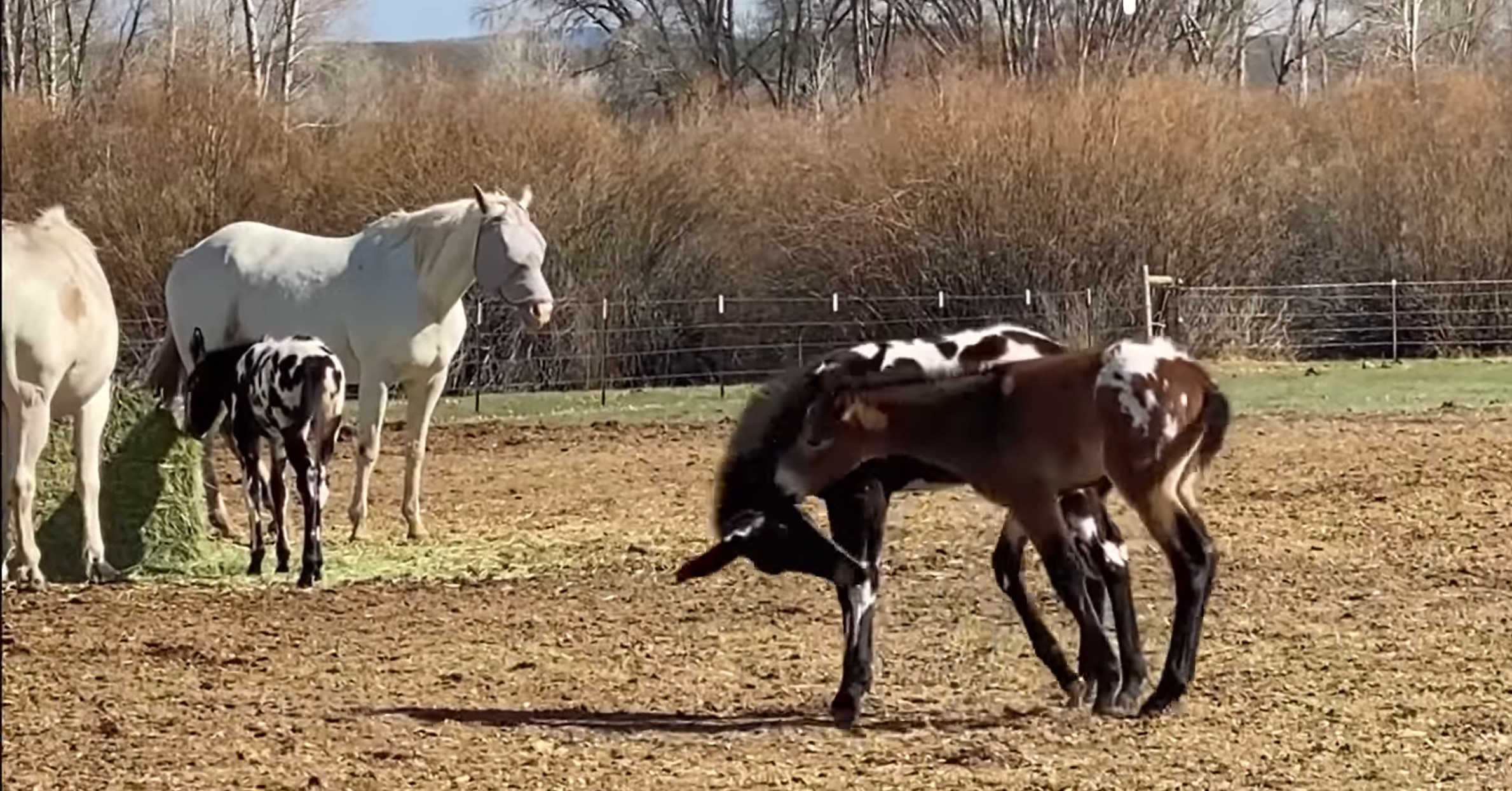 All horses have a strong desire to play; even a day-old foal displays this by skipping and leaping. In addition, foals practice galloping and making sharp turns, pulling facial expressions, and trying to wave their tails. By repeating these adult behaviors, they are learning essential skills later in life. 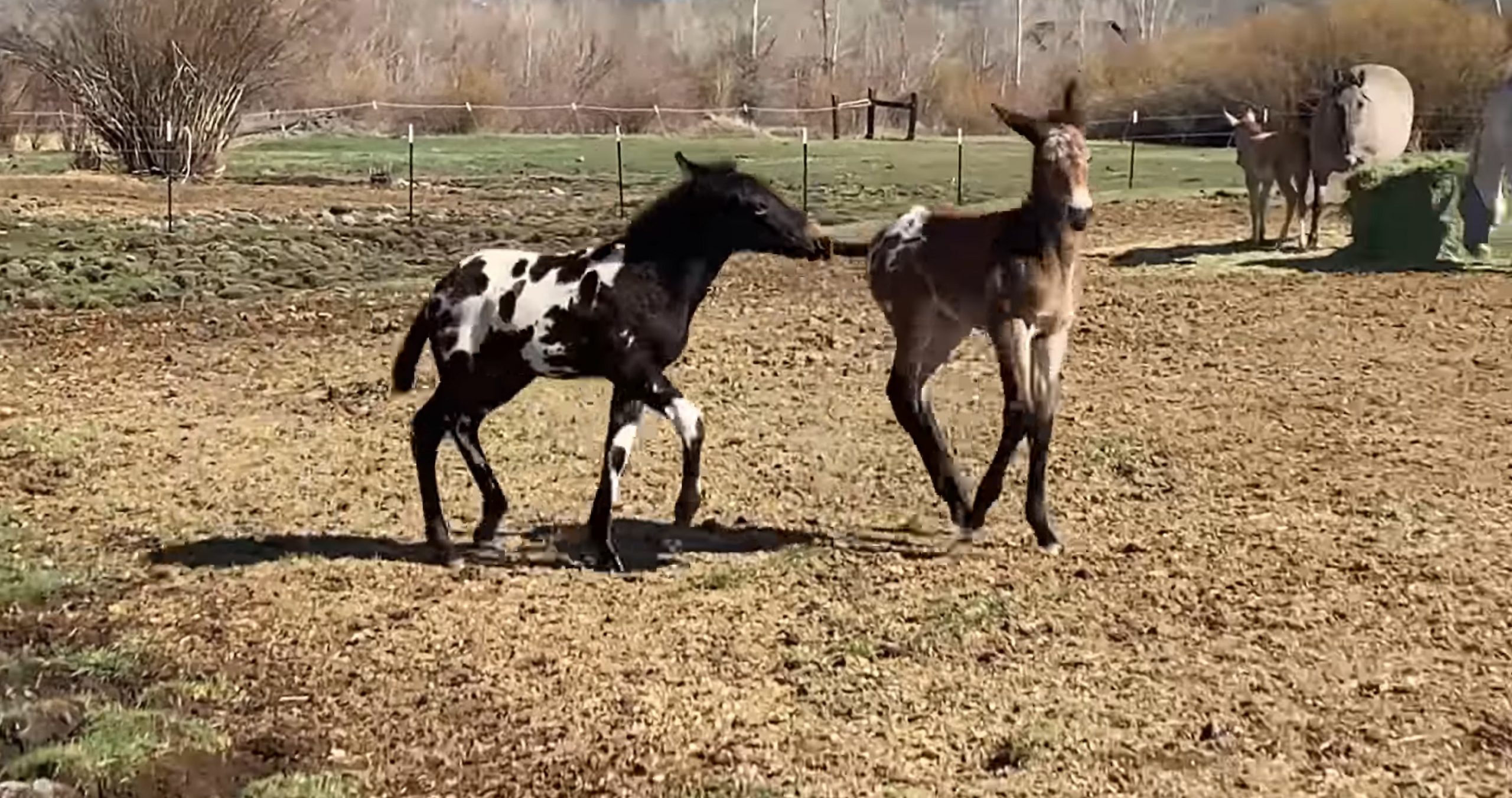 Most of the foal’s time will be spent napping, nursing, and playing. As much as possible, foals should spend time outside with other mares and foals. Occasionally you might see a foal sampling a pile of manure. This is natural and will not harm the foal. 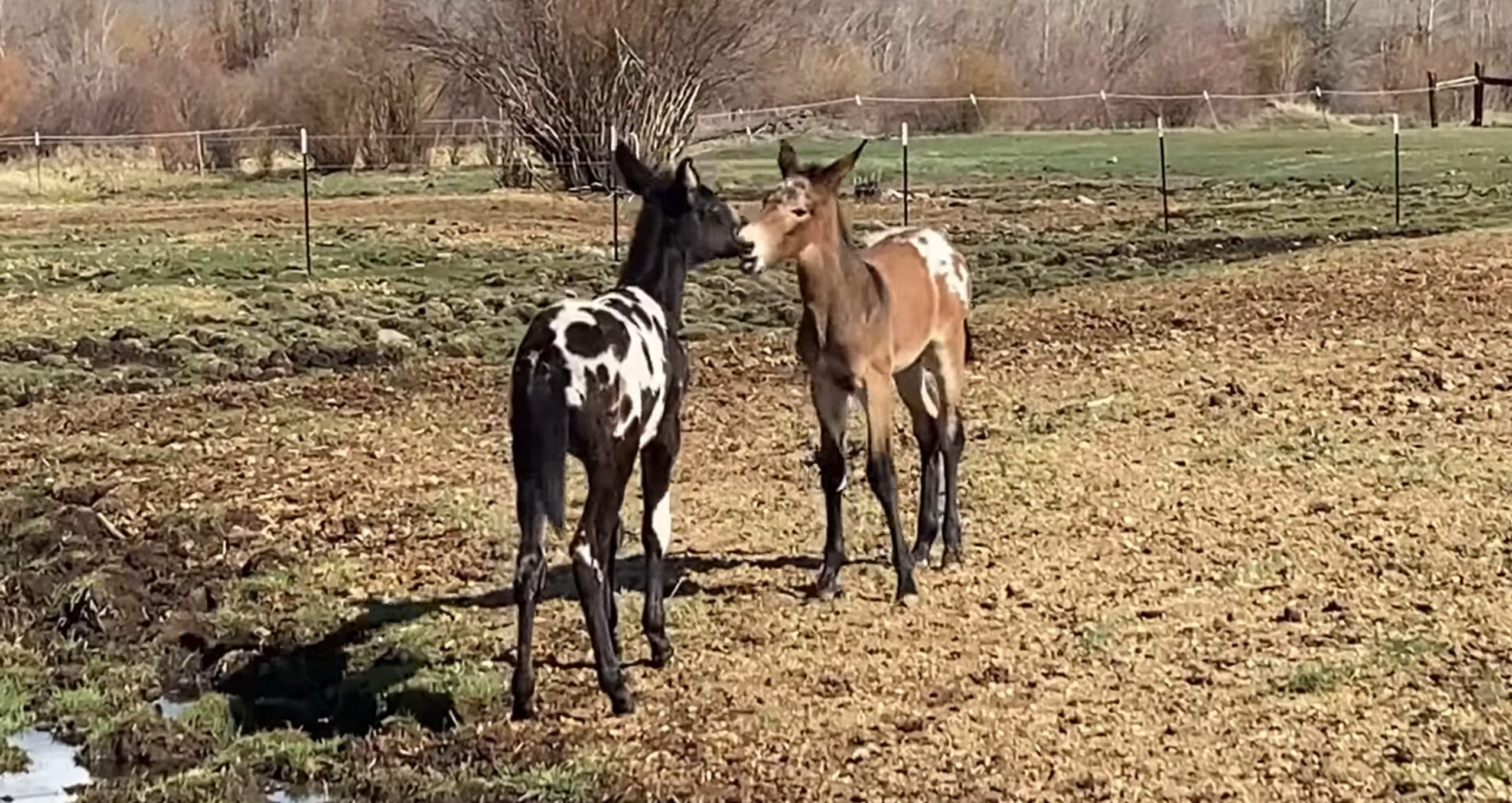 But they should not be allowed to nibble on people, strikeout, or kick. While these behaviors may be cute in a tiny foal, they can become dangerous as the youngster gains size, strength, and speed. Don’t teach it cute tricks that could be dangerous once it weighs 1000 lbs. For example, it might be great to shake a hoof with a tiny foal, but a full-grown horse offering up its hoof might not be safe.

Also, play is infrequent, consisting mainly of short bucks and runs while close to the mother. In addition, foals of this age are particularly likely to play with the mare’s tail, ears, mane, and halter. While they rarely graze during this time, foals only one day old may nibble a little grass. 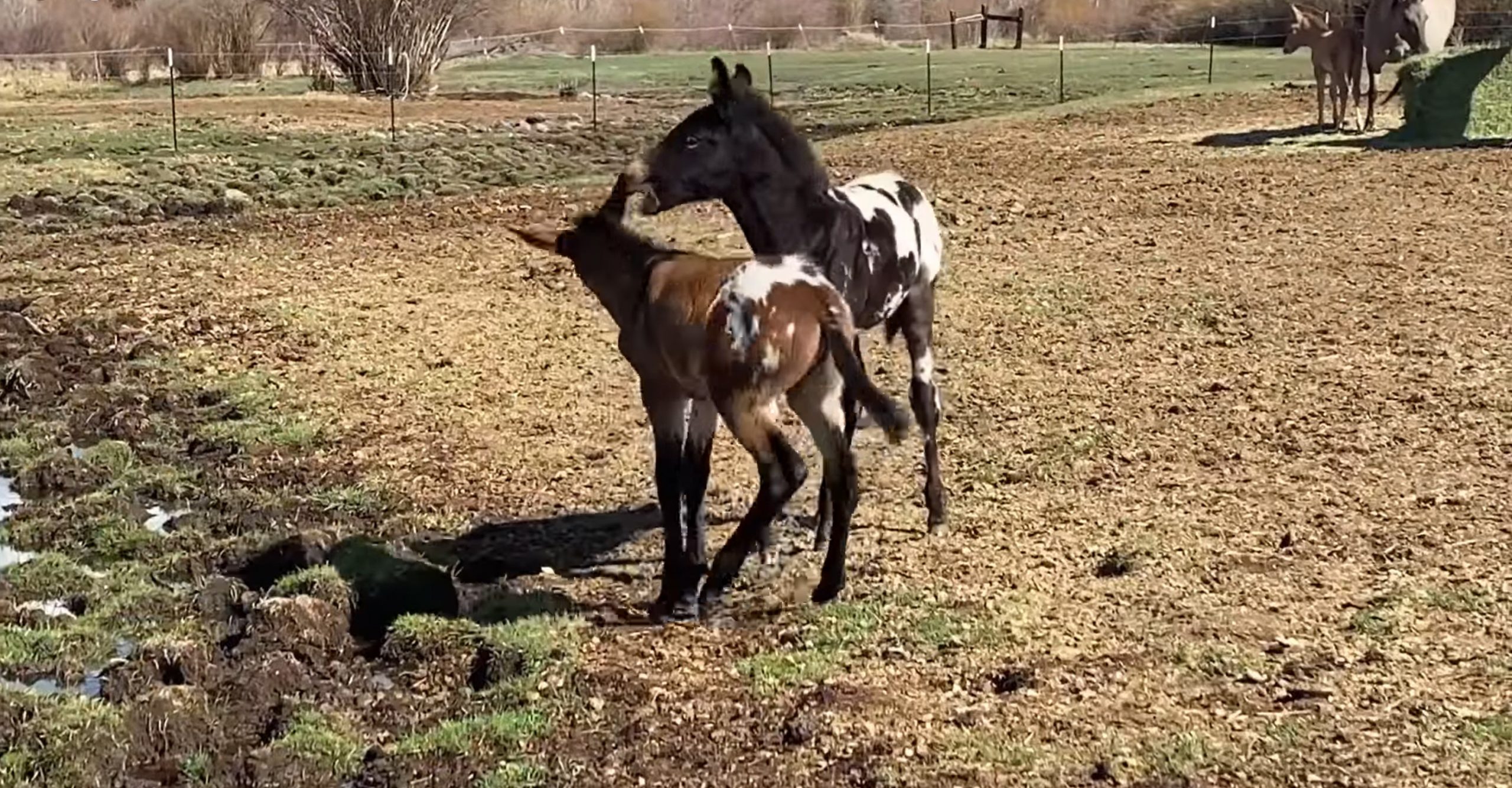 But understanding the “normal” behavior of a horse will help you to know whether your horse is behaving normally or not. This knowledge will help you determine the appropriate management plan for your horse. While behaviorists will discuss equine behaviors using similar terms, there may be variations in the categories used. Some behaviorists may emphasize certain behaviors due to how important they judge their significance to the makeup of the horse or management strategies for the horse. For example, play behavior can be included as a primary behavior, based on its importance and variety in young horses.