Horses that are scared can be more dangerous to people; the researchers note that everyone involved with horses, from those who breed to those who play sports and teach others how to ride, is responsible for trying to reduce accidents. They also suggest that it is unethical to breed fearful animals as it has a negative impact on animal welfare. 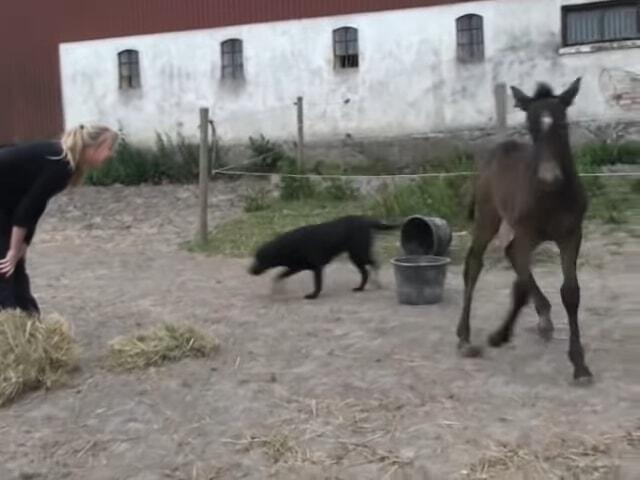 This foal from our video gets scared of the dog initially, but, fortunately, it gets playful right after. To avoid your foal becoming a fearful horse:
Start handling your foal from Day One.
Work gently, quietly, and consistently.
Rub, stroke, and scratch, using the right touch for each body area.
Let baby sniff, explore, and even nuzzle such new objects as brushes, halters, and lead ropes. 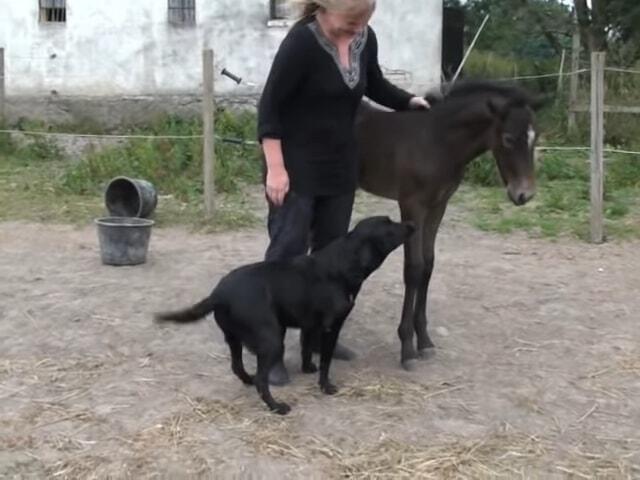 And to learn your foal not to kick (because this can harm the dog which is trying to play with the foal), put the foal in a round pen and use a rope, lunge whip, or training stick to drive it around the pen. If it stops or kicks, move quickly at the foal and scare, or tap the foal to punish it and make it move forward away from you. Make sure to have a whip or stick long enough to keep yourself out of kicking range. 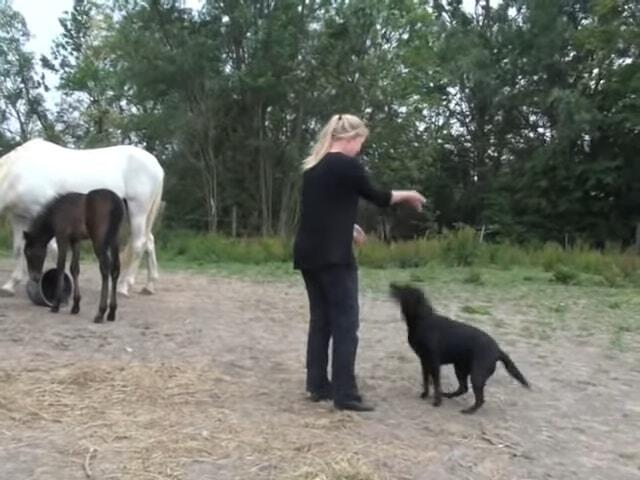 It can be easy to overdo working with a foal. At this point, concise sessions are better than long ones. Don’t be tempted to let a foal do cute things like nibbling you or your clothes, striking out at you, or kicking at you. 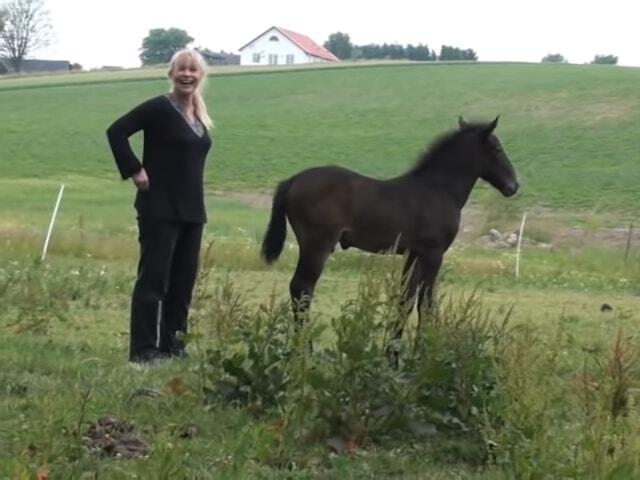 Moderation is the key when it comes to training foals. You don’t want to underwork or overwork them. It’s better to work with foals 15 to 20 minutes once or twice a day and giving them short, frequent breaks throughout the session. 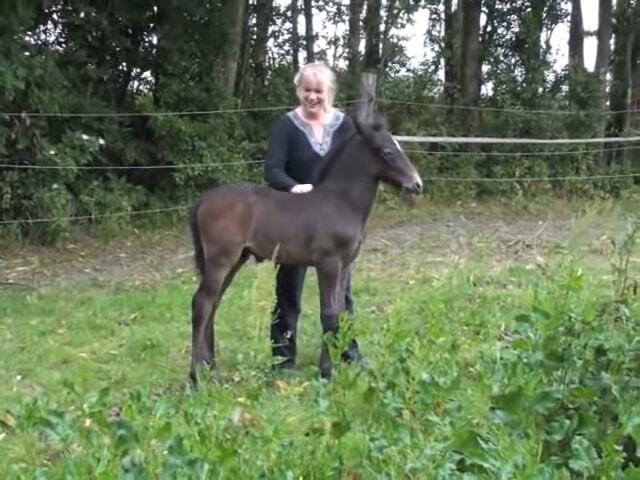 You’re not going to be working the foal as hard as you would work an adult horse because he doesn’t have the same stamina as a grown horse. With foals, you have to be conscious that you don’t run them out of air. Once a horse is out of the air, he stops thinking and quits looking for the correct answer. Then his focus is solely on survival and finding air.