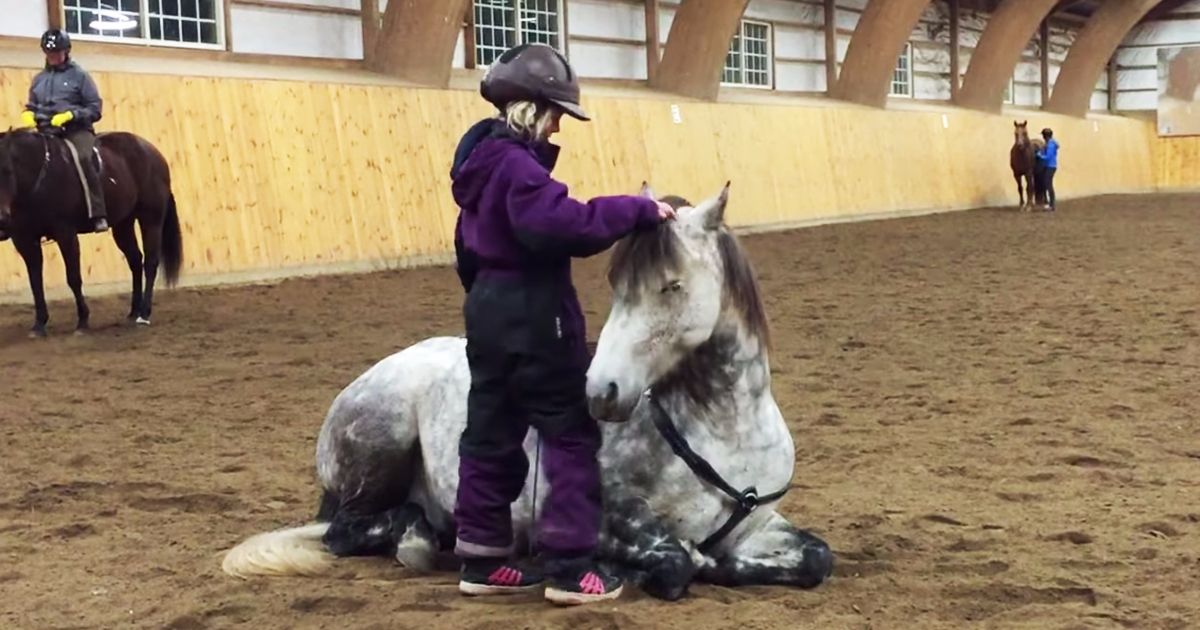 Who says you have to be an adult in order to be a great horse handler? Young Jonna’s father is an equestrian, and she’s been around horses for years. In this video, she works with a horse, and she does so beautifully. She remains in excellent control of the horse, asking him to do any number of actions, which he does willingly. We love the fact that she’s wearing a helmet, and that she stays compassionate and quiet throughout the whole demonstration. 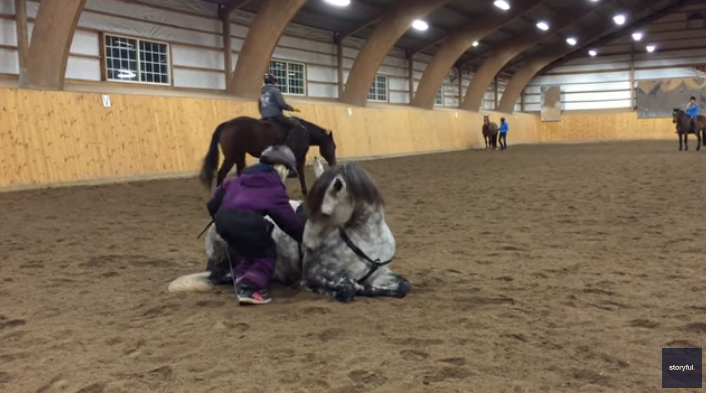 Jonna is demonstrating a beautiful demeanor as she trains her horse. The training is done gently, and you can tell that this horse wants to please. His trust in his young handler is evident, and while he could easily get up and simply walk away, he never makes any effort to do so. Instead, he remains attentive and watches for the next signal that Jonna gives him. It’s a beautiful example of a strong relationship between horse and handler. 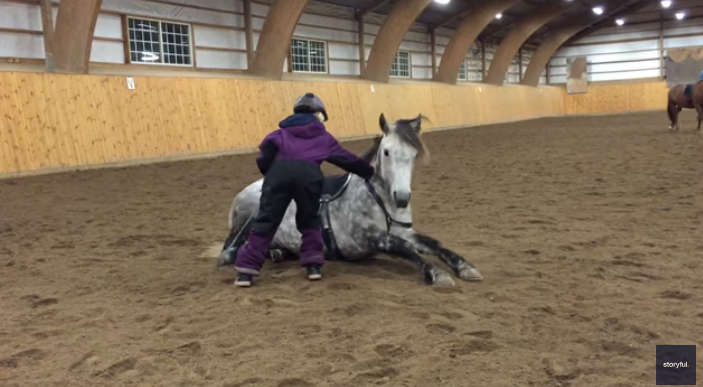 It isn’t easy to get a horse to lie down, and it’s even more difficult to keep them calm and attentive once they are lying down. According to Grit, horses need to trust their handler a great deal in order to be willing to lie down for them. Horses are prey animals, and their main defense is to flee. A horse instinctively knows that he is at his most vulnerable when he is lying down, and most horses will stand up immediately if a human or potential threat approaches. Horses usually only lie down in herd settings when other horses are able to stand watch; when horses lie down, they cannot see threats as well as they can when they are standing.
If a horse allows you to approach him while he’s lying down, or is willing to lie down on command, he’s putting a great deal of trust in you. He allows you to be close to him while he is in his most vulnerable position, and in his mind, he is putting his life in your hands. You can repay your horse’s trust by being respectful of him. If your horse is lying down in his stall or paddock, approach him quietly, if you must approach him at all. Show him that he can trust you to respect him while he’s resting. 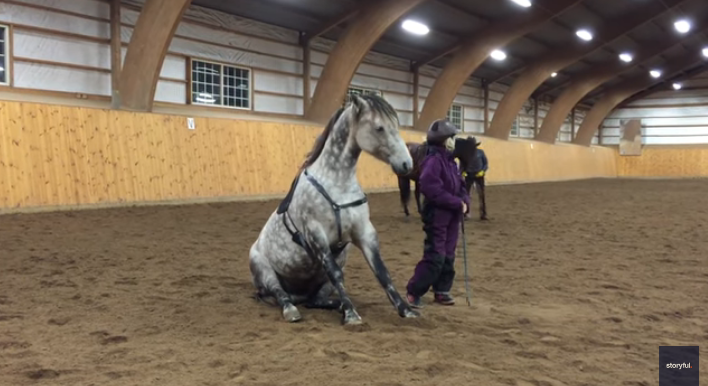 When working around a horse who is lying down, it’s important to remember that horses can get up relatively quickly. Keep an eye on your horse and keep yourself out of range of his hooves if he starts to move suddenly. Always, watch your horse for signals that he’s getting uncomfortable. Horses can quickly decide that they need to get up, and you’ll need to keep yourself safe if your horse decides that he’s had enough.