Have you ever had the moment to see two Konik horses fighting?

A Youtube video that was posted on 8 February 2020, shocked everyone.

Horses are herd animals and under natural circumstances engage in battle for leadership of their group and mating purposes. However, stallions (dominant males) do not fight to the death, but until one of them backs down or flees. Horse fights may be staged in rounds, or as one-off bouts. They often result in significant injuries, or death, of the stallions. 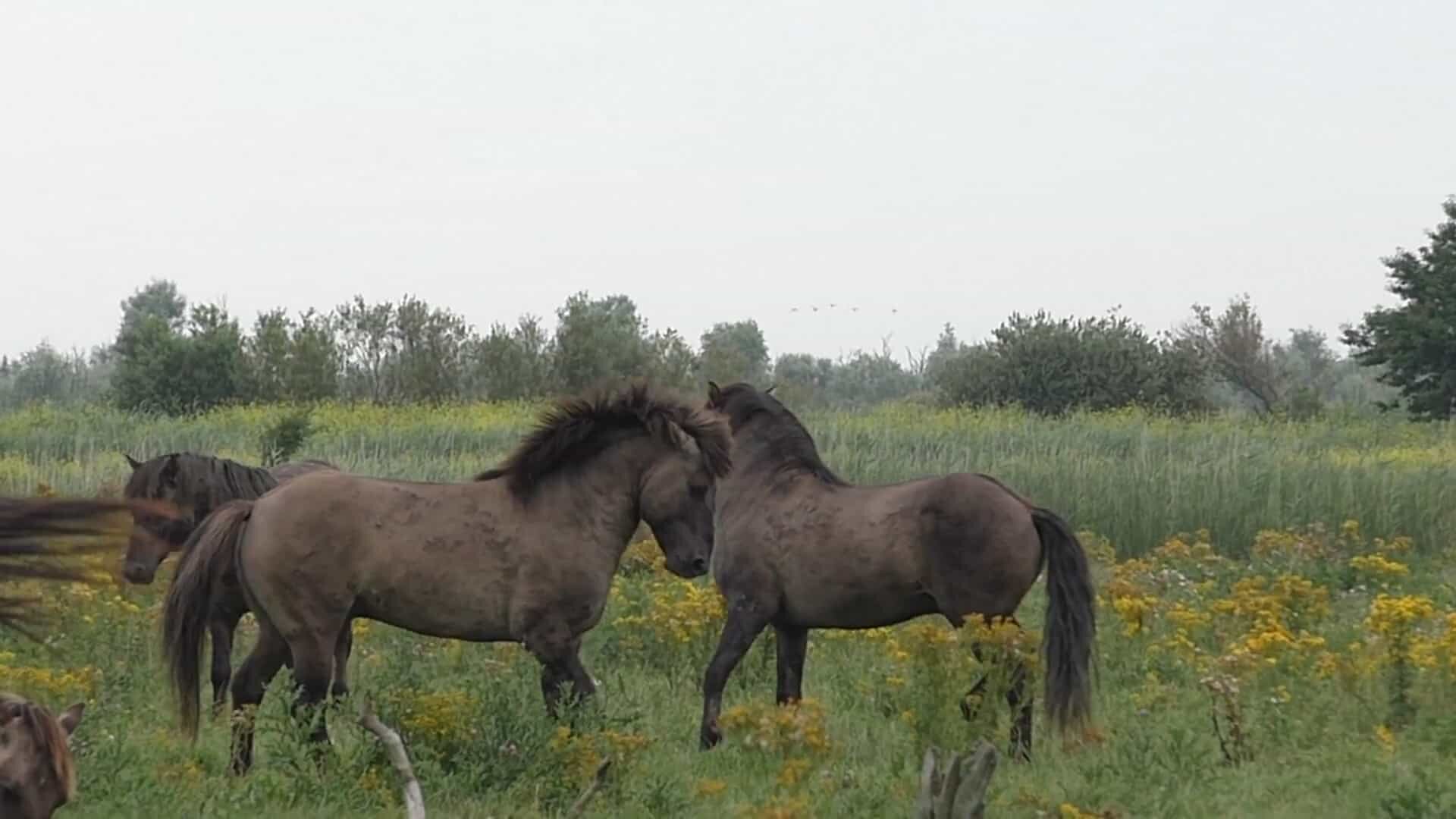 Horse fights may last between 15 minutes to three hours and have been criticized for their brutality and violence. The video ‘Ben film’ owner said: “A horse fight is always impressive to watch, as they fight in this video. These two horses show their power in a fight. Horses are social animals living in herds. Pecking order is important to reduce aggression and increase group cohesion. This video is taken in the Oostvaardersplassen, a nature reserve in the Netherlands.”

Mr Ton, who works as an electronic engineer, spends several hours a week observing the herd of 36 horses to better understand their behaviour.

He said: ‘The Koniks were put in a nature reserve and left to fend for themselves.
‘The public are told to keep their distance and not to feed them so they can remain wild.
‘I go looking for them about once a week and have done for over a year now.
‘I try to avoid attracting their attention so their behaviour in my pictures is as natural as possible.’
‘The Konik horse is one of the few types of horses able to survive in the wild. They are wild but they have never been aggressive towards me.’

Horses are prey animals. Their survival depends primarily on running away from danger. They will fight only if they can’t run away or escape. Their play (practising their survival skills) is therefore made up of games of controlling the movement of each other. Sometimes they will strike or stomp with a single foot as a threat. Often they will use two feet once the threatening object is closer.

Like biting, striking is another behaviour you will often see during play as well. Just because horses are striking and biting each other, does not mean they are fighting.