This is the bizarre moment a horse canters into a betting shop and slides up to the counter as if it were placing a wager, before doing a poo on the floor and leaving. The bizarre incident took place in the municipality of Cuite in the northeastern Brazilian state of Paraiba on the afternoon of 27th January. CCTV footage shows how customers were wary of approaching the distressed animal, which knocked over a chair before it left the shop of its own accord. 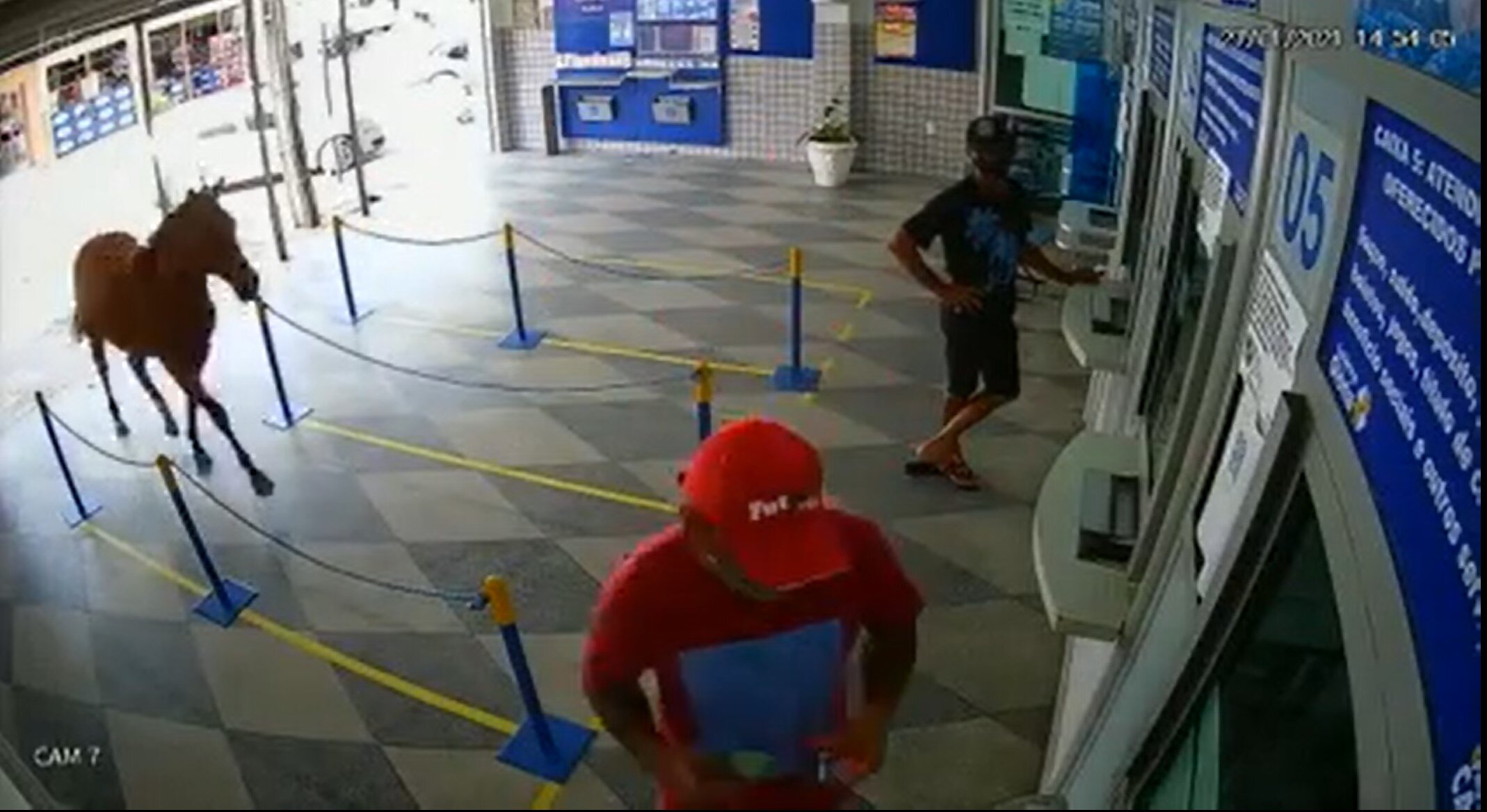 The owner of the establishment, 53-year-old Teones Lira de Farias, joked to local media: “I always thought my betting shop would become famous for making a local resident a millionaire. In the end, it became a joke in the whole state because of the horse. Although Teones now laughs about the incident, he revealed that he was anxious at the time a worker told him a horse was inside the shop. 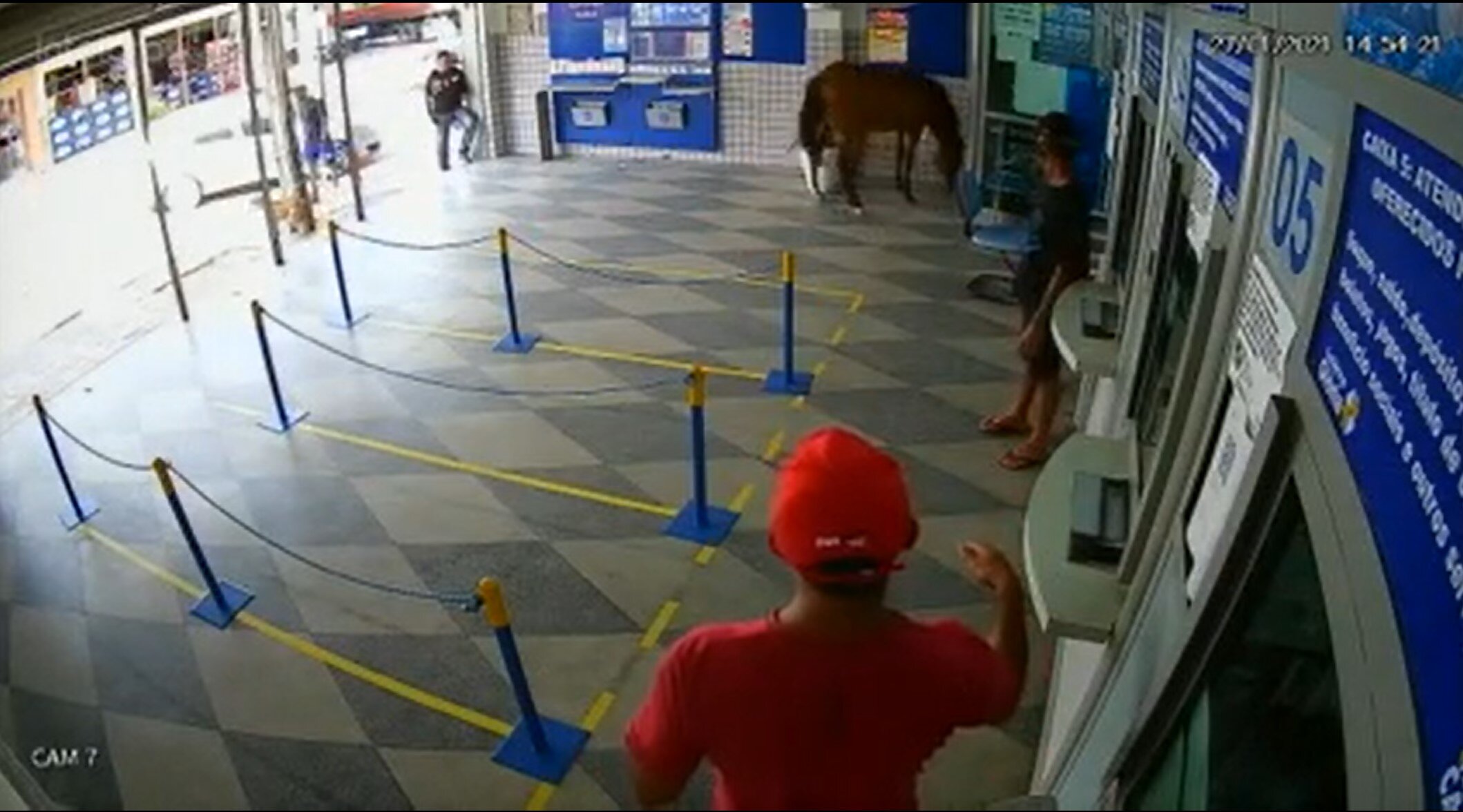 The bookie added: “It was neighing a lot. If I had gone out there, I might have been kicked.”

Teones also revealed that five minutes earlier his shop was packed with a queue of around 25 customers instead of the three seen in the video. “It was luck. Had it been full, the risk of an accident would have been greater,” he said. 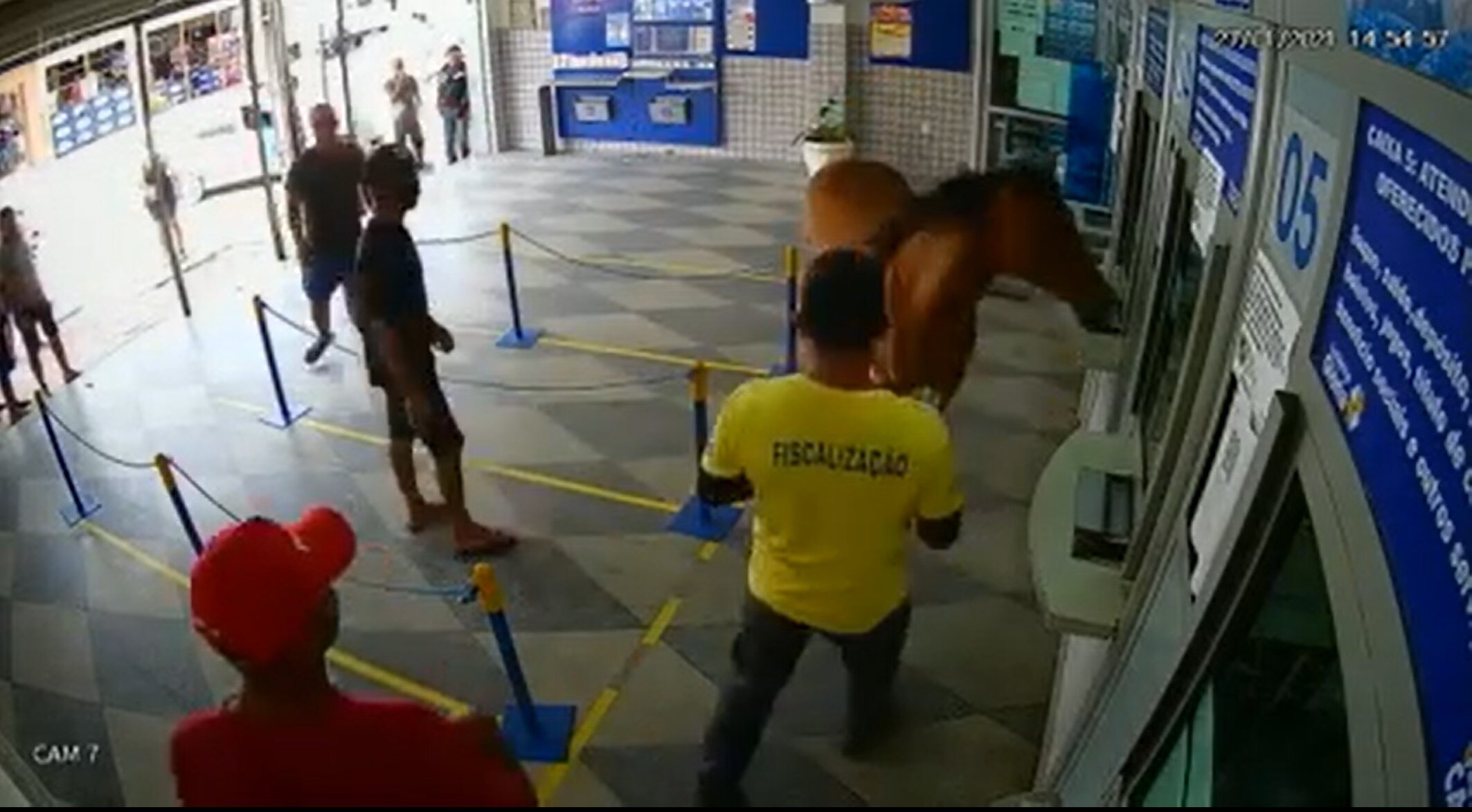 The horse’s owner later turned up at the betting shop to apologize for the incident, saying that he had secured his animal in its stable, but it someone managed to open the gate.

“We quickly became a meme,” said Teones. “People posted on social media that the horse was angry because it didn’t win a bet. A very strange thing. I never thought this would happen.”