This is the moment when two horses began to fight in Assateague Island being a 37-mile (60 km) long barrier island located off the eastern coast of the Delmarva Peninsula. 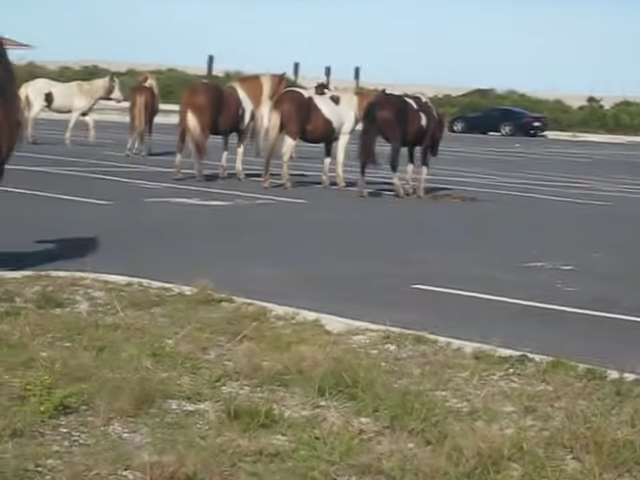 In the footage, it is shown the painted horse staring at the bay horse in the background. The paint sees the bay as an intruder and wants him out of his herd.

The bay got the message but he challenged the paint by saying in his mind ” I’m not leaving because I’m higher than you” which resulted in a fight. 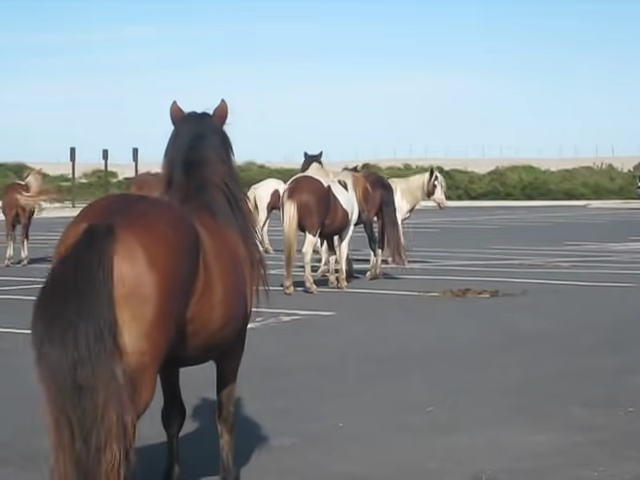 A video posted on YouTube became viral with almost 10 million views and it shocked everyone.

In the background of the video, a child is heard shouting: “Horse fight, horse fight” being so impressed about how the white horse wanted to battle, and the white got bitten on his bum for his trouble.

The people who filmed this have to be respected because they were chill in this situation, making sure that nothing seriously bad happened.

“If you panic and start running, chances are you’ll make the situation worse”. 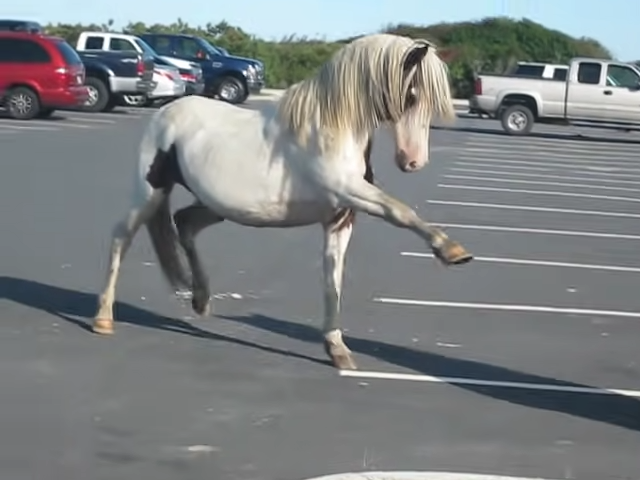 The domestic horse has very limited options for the flight so the fight can easily become one of its primary defence mechanisms related to fear or self-protection.

Remember that a horse doesn’t have to be afraid to want to protect itself. A new mother, for example, may not want you near her foal even if she isn’t afraid of you. Getting too close may cause her to protect the baby.

Likewise, horses and ponies of all types can go into protection mode for basic day-to-day tasks like grooming sensitive areas, tacking up or being asked to do something they don’t want to do.

In the case of the video, we can say that everything is fine when it ends well.