This girl went with her dad to a horse auction and they found Bubby, being picked on, kicked, and bitten by two other males. That auction was notorious for sending horses to slaughter, so every horse there was in terrible condition. Bubby was in good shape compared to the other horses, but he was incredibly fearful of people, and especially men. He was covered in cuts, scars, and had some pretty bad respiratory infections. 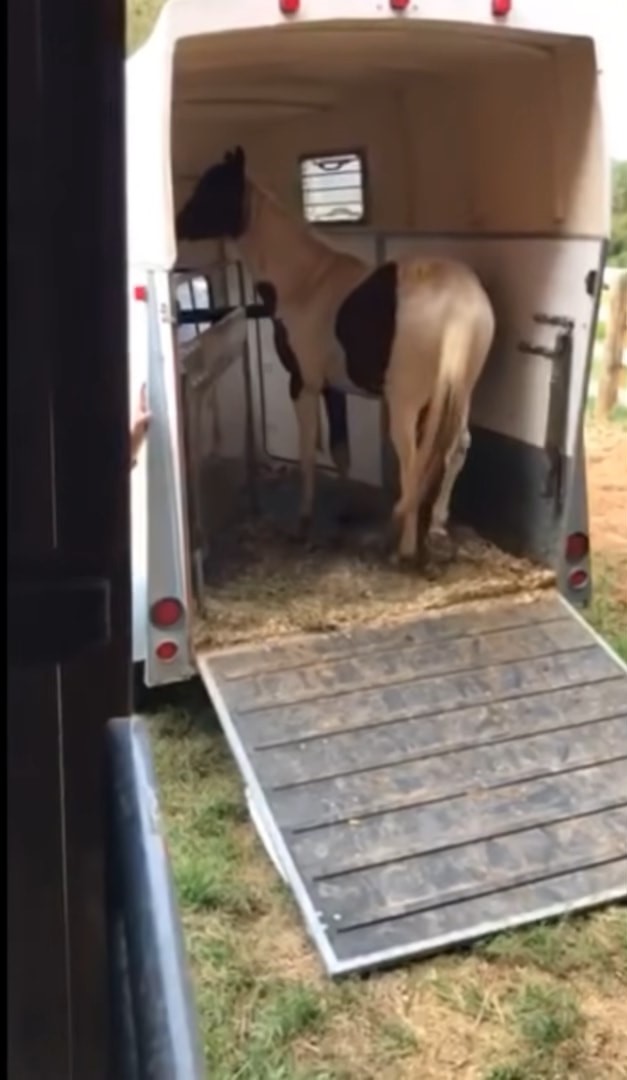 Right, when they loaded him up on the trailer he started eating hay, and then, when they got him home, he drank a lot of water because he was severely dehydrated. It took only a few days to get him warm up to her new owner. 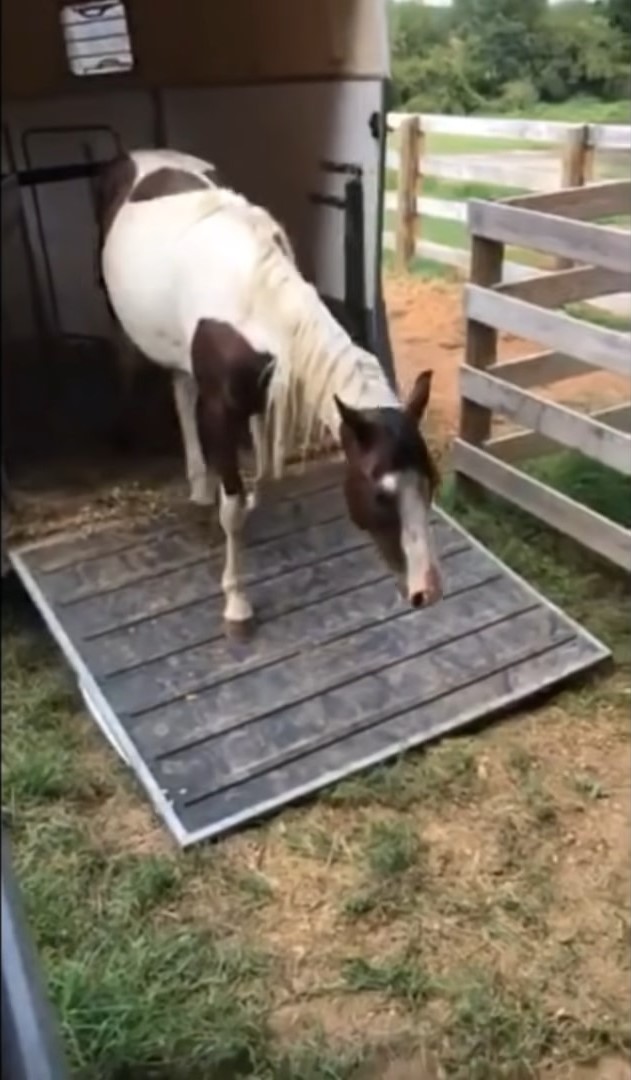 The reason why they picked him out of all the other horses was that they could tell he was pretty young based on his looks and he was the only horse there that didn’t have literal bones sticking out of their body. Bubby’s wounds started healing pretty quickly and he was getting comfortable with people. He did have a pretty nasty biting habit, so if someone tried to touch him, he would flinch and try biting them. 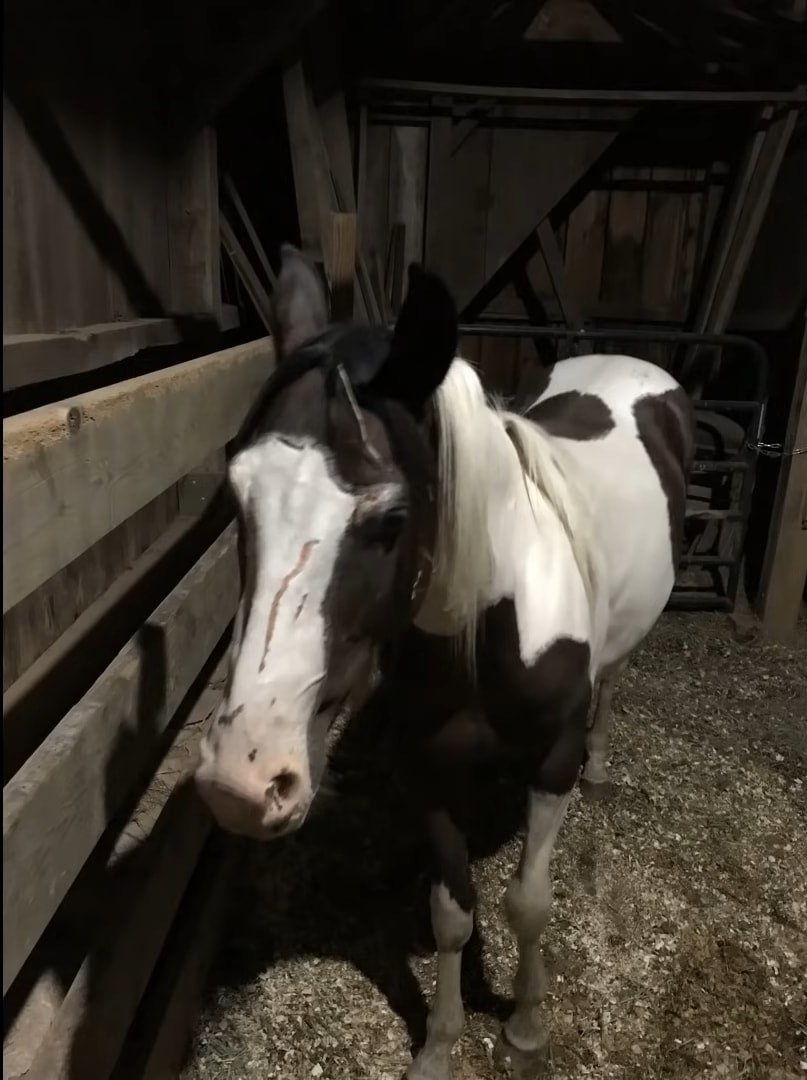 When teaching him to halter, he also came into an issue where he didn’t like having his ears touched, so they just rubbed the halter all over his face until he got used to that. After he was comfortable with the halter, the girl started working with him on the lead rope and then started teaching him to tie. After two weeks, she cut off his huge dreadlock. 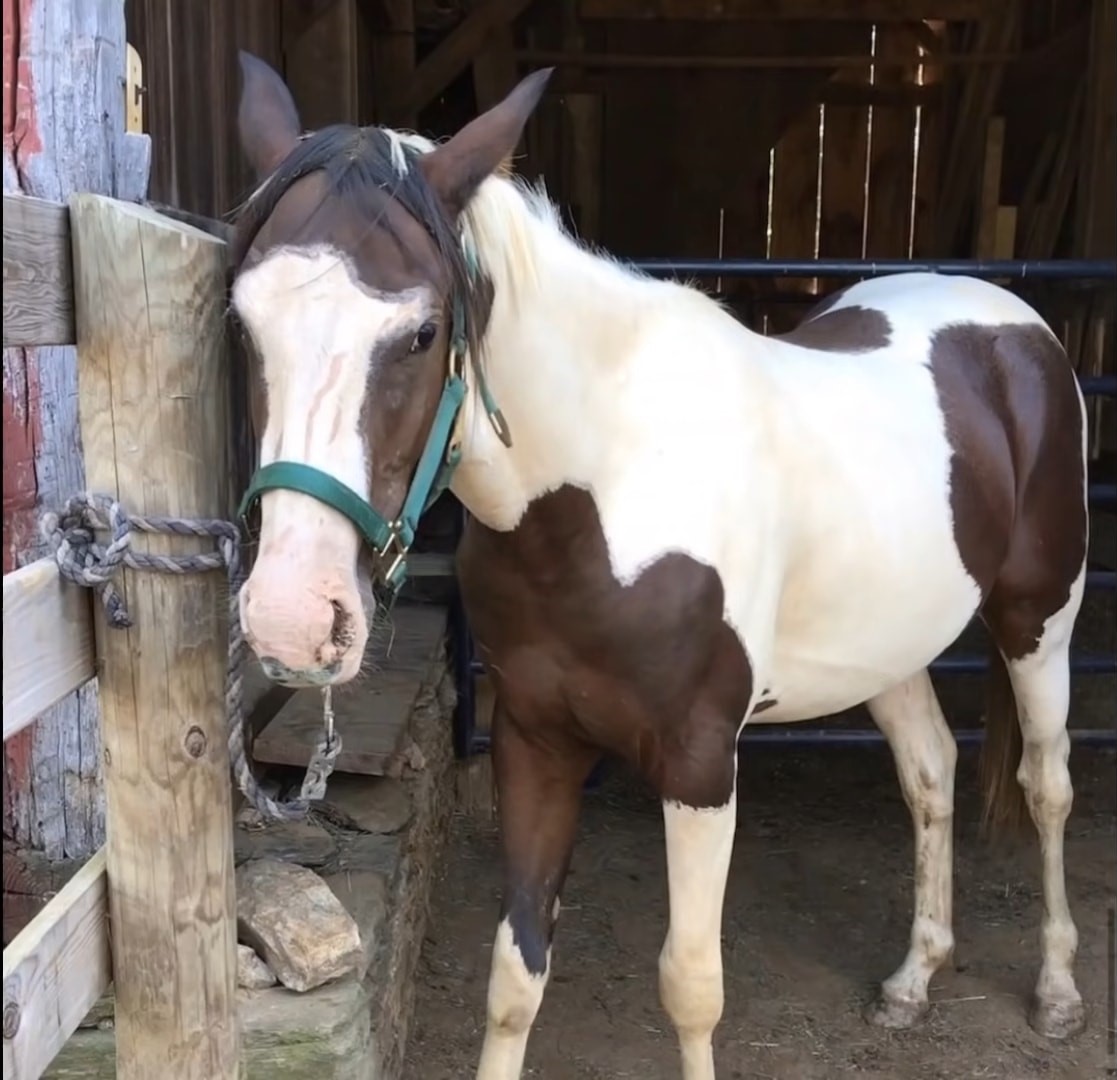 The first month and a half they only worked on taking up his front feet, as he would strike out if she tried to touch his back feet. He picked up lunging and the different gait cues pretty quickly and she started working with him on both sides leaving without a halter and eventually lunging without it.