It’s probably fair to say that horses and dogs have been the most loyal friends to humans throughout history, so perhaps it shouldn’t be too surprising that the two beloved creatures would hit it off with one another as well.

Even amid a little social rest from their owners, dogs and horses aren’t afraid to strike up a spontaneous friendship. 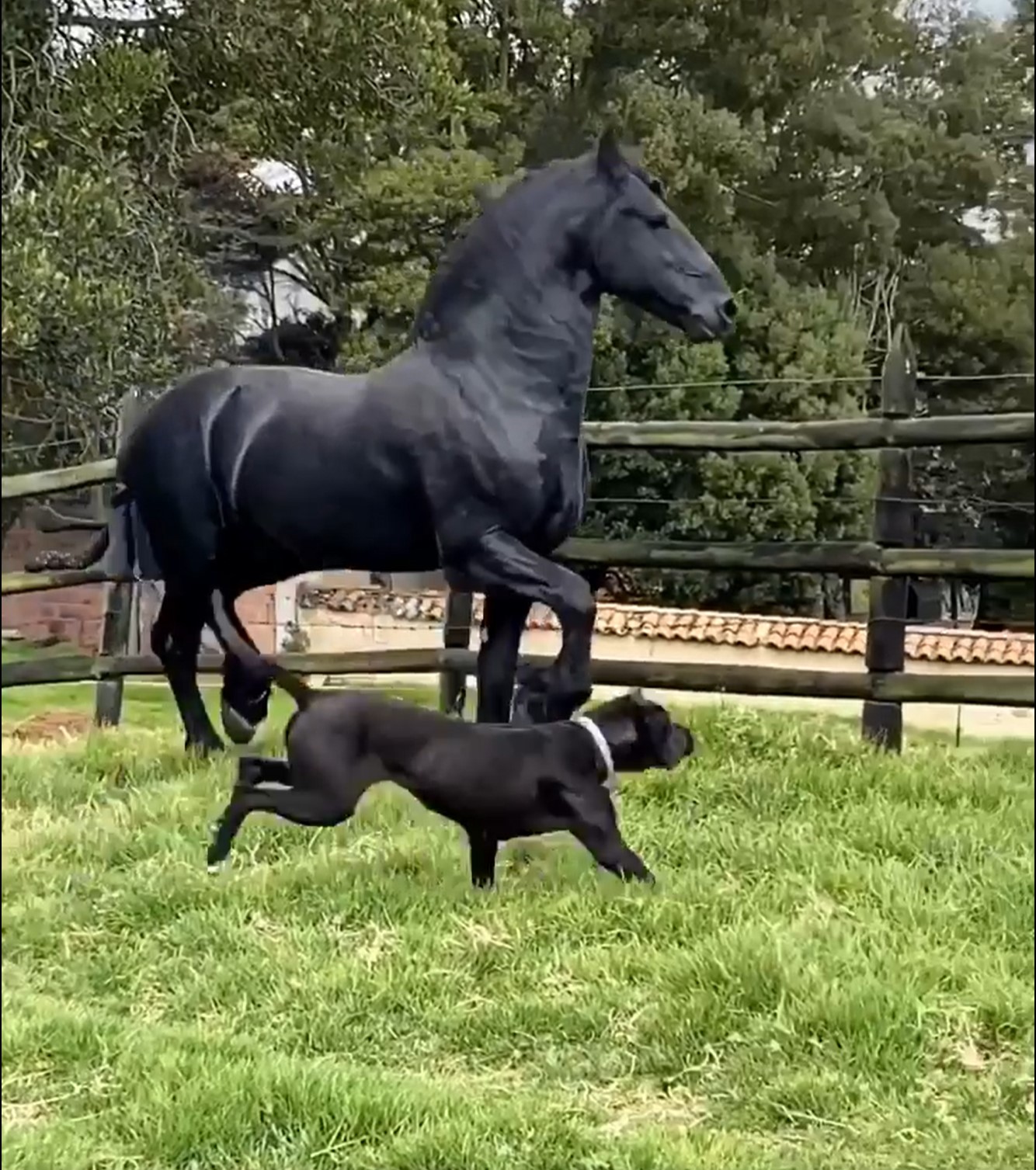 Given the sweet-natured spirit of our canine and equine companions, it’s hard not to suspect that countless other real-life dog and horse friendships are blossoming daily, out of sight from their owners.

We can see this in the video, how much fun the two animals can have and what a beautiful game they can play together, without any fear or violence against each other. Dogs and horses might attempt to bite, but didn’t do so. They jumped, pushed, hit, or chased each other; played with an object; or handicapped themselves by rolling on their backs on the ground or shaking their heads.

A dog’s invitation to play is unmistakable: Bowing with his front legs and wagging his tail, he’s saying to another animal: ”Let’s have fun”! The two animals then chase and leap and box each other, matching each other’s moves, often with expressions we humans interpret as smiles. 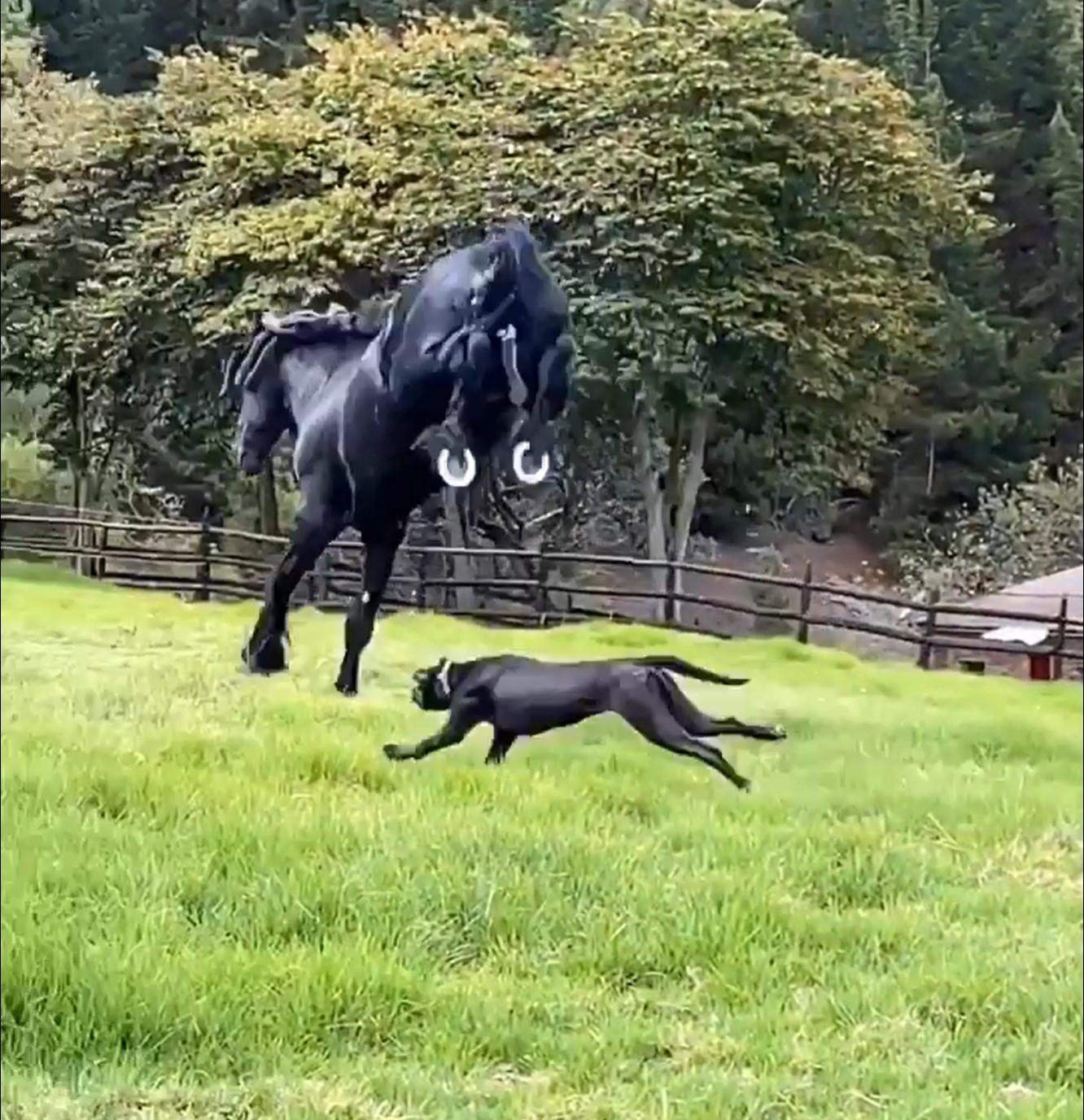 Horses and dogs exist peacefully today thanks to centuries of domestication. Still, from an evolutionary point of view, they’re predators and prey, so we were surprised the two species shared a common language of play. 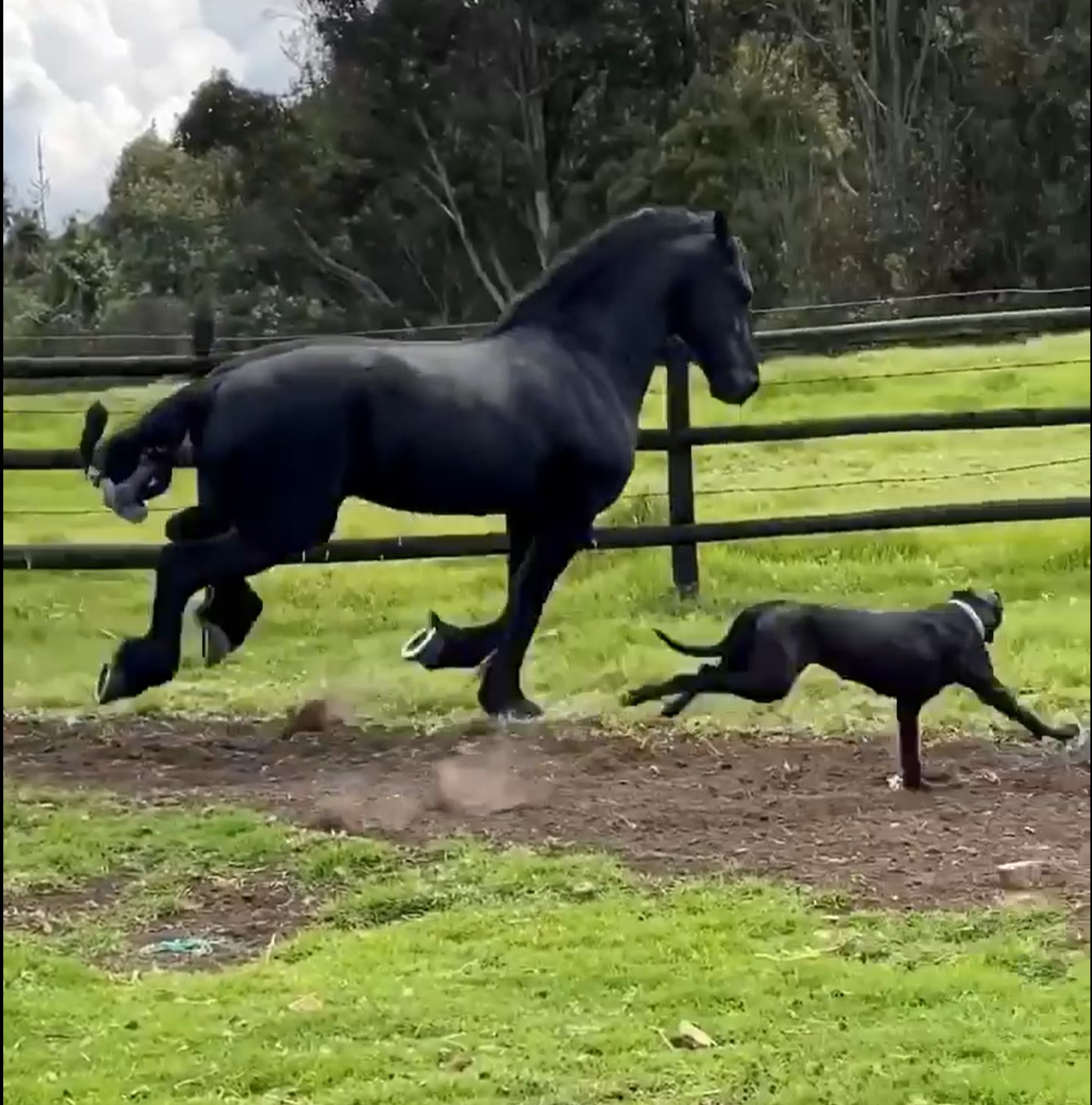 We learn a lot from our animal friends, and we couldn’t deny that they also love other species regardless of their differences. The manner of how dogs express their affection to humans also applies to their interaction with their friend’s horse. More often, both would snuffle each other’s noses, lick, lean– or sometimes, dogs would place their two front paws to the horse’s head as if it’s hugging him to convey that he is happy to see him.