It took two years, but a horse sanctuary that focuses on rescuing wild mustangs arranged a heartwarming reunion between two horses who love each other.

A wild mustang named Phoenix caught the attention of Clare Staples when she saw a dramatic photo that appeared on American Wild Horse Campaign of him leaping out of a catch pen and Ghost (his girlfriend) looking up at him. 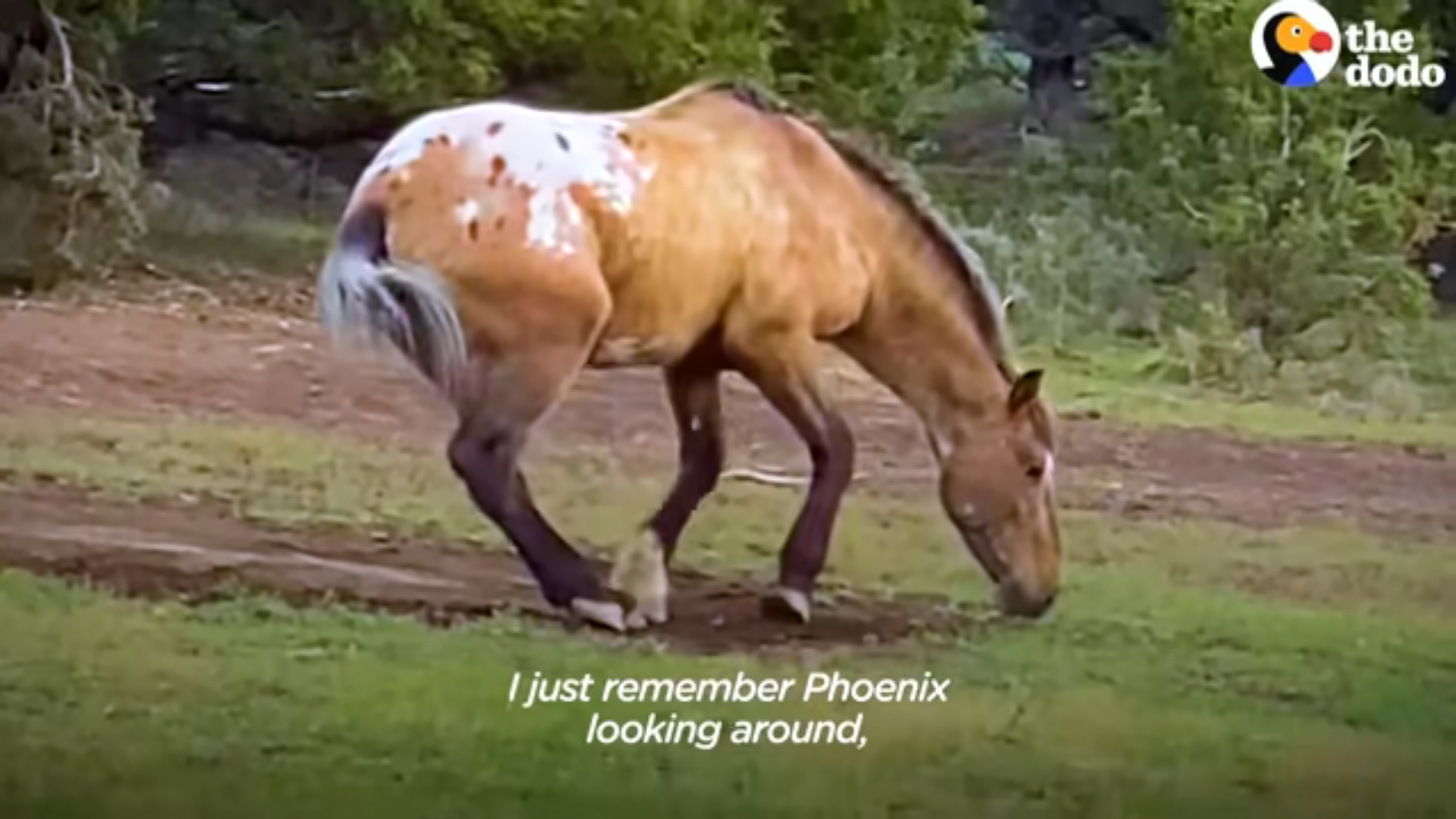 That day, Phoenix had successfully jumped the fence but he refused to leave his herd behind and came back to look for his family. Clare Staples, founder and president of Skydog Sanctuary, says that the wild horses form strong familial bonds. Staples tracked Phoenix down a few days later with plans on rescuing him and giving him his freedom. Skydog Sanctuary rescues horses and focus on rescuing, rehabilitating and releasing wild mustangs.

Staples wrote on the Skydog Sanctuary website that they went to the corrals where Phoenix and Ghost were being held: 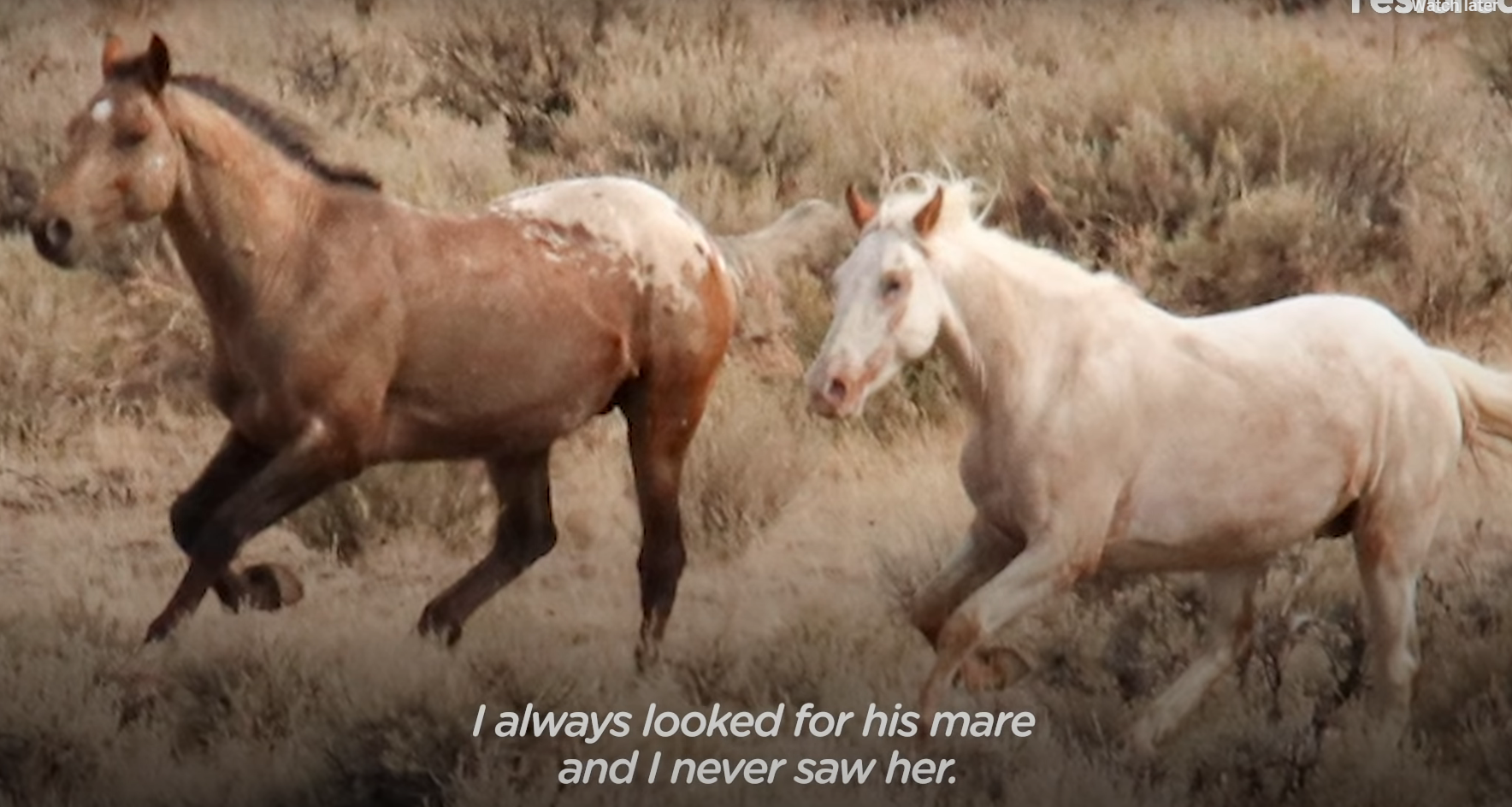 “We tried to adopt the whole family but were denied,” wrote Staples. But they were told the stallion Phoenix and his male companion were to be “released back to the wild which we were happy about.”

Staples went regularly to visit Phoenix but she never saw Ghost again and “assumed she had been adopted.”

When she learned a year later that the stallions were no longer going to be released back into the wild, she applied to adopt Phoenix, the goal being to “give him back the freedom he so desperately wanted the day of his capture.” (Phoenix’s buddy was already adopted.) 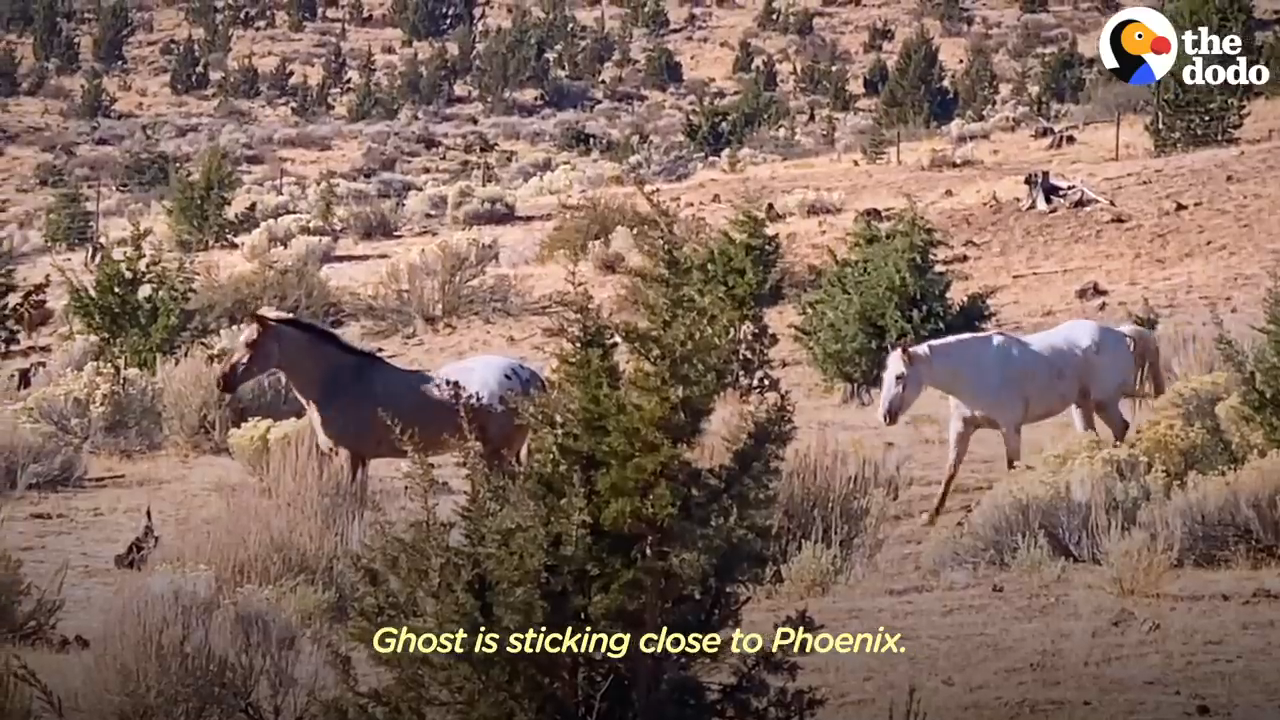 Phoenix went to Skydog’s Oregon Ranch, where he made some new friends. But he always seemed a bit sad. Knowing he was likely missing Ghost, Staples continued to search for the mare but with little luck. Not until two years later.

“To my amazement, almost two years after the roundup I spotted Ghost on the Internet Adoption and immediately bid on her to reunite her with Phoenix,” said Staples. Thankfully, they won and went to get her. A few weeks later she was reunited with Phoenix. That heartwarming moment was captured on camera.

“We are so thrilled and happy that she [Ghost] is back with her family and that they get to live out their lives together now after all they went through,” Staples wrote on the Skydog Sanctuary website. As for Phoenix, the sadness he had been feeling at the loss of his girlfriend is gone and he and Ghost spend their days together, inseparable from one another.

Skydog Sanctuary is home to several wild horse families who have been reunited after being separated during roundups. They write, “The horses here represent so many different aspects of the mustang issue, once rounded up by the Bureau of Land Management many of whom slip through the cracks and end up without the most basic care and affection.”

“All the wild horses and burros here are treated with the utmost kindness and respect and we leave in peace the ones who want to be left alone and give others the love and compassion that they have not experienced from people before.”