Mustangs are close-knit animals, and they treasure their families above all else, and the close bonds they form are crucial both for their emotional and physical survival. They are gentle and loving towards their young, and yet, these strong and powerful stallions can fight to the death to protect their mares.

In this video, we have the story of one stallion Goliath and his family. He is a 25 years old Mustang from Salt Wells Creek, Wyoming. Over the years, he had many mares, but his one constant companion was Red Lady – his lead mare and the love of his life. Goliath would do anything for her, including fight fierce battles with other stallions to keep her. 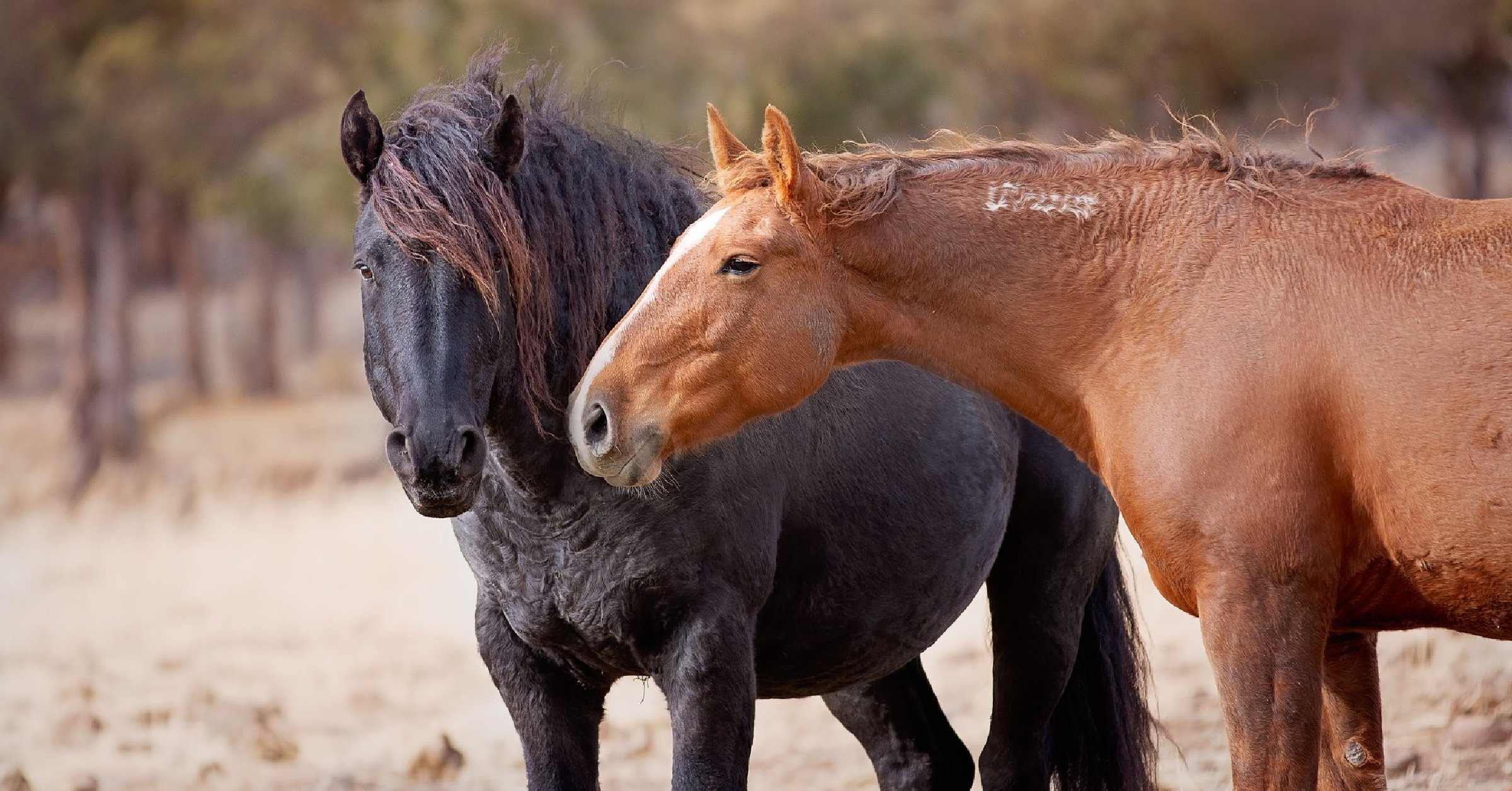 He also became an iconic wild horse of Wyoming. In the many pictures of Goliath and his family, you can see Red Lady often heavily pregnant with his foals grazing happily or drinking in the water hall where they lived. This was a closely-knit, profoundly loving, and happy family of wild horses, then everything changed…

The Bureau of Land Management came to round up nearly 2000 wild horses to clear this area for livestock who graze the same public lands. The BLM used helicopters to chase the horses into traps. These roundups last for hours, and the horses have to run for miles before they are finally captured, exhausted, often injured, and sometimes even killed.

The mustangs who survived have lost their freedom forever. Within hours of their capture, the families have torn apart – stallions from mares and babies from their mothers. That day is the last time they will ever see each other again. Heartbroken, scared, and defeated, these horses are shipped to facilities around the West, most of them to spend their lifetime in captivity.

But then, Skydog Sanctuary did a fundraiser for Goliath to reunite with his family, and the response was overwhelming. Hundreds of people stood up to support him and asked him to bring life to a sanctuary similar to the wildlands he roamed while free.

Then, something even more miraculous happened. A wonderful woman in Colorado who had two months earlier adopted Red Lady reached out to say that she too wanted to reunite them. And the rest you can see with your eyes in this beautiful video.