What you see here in this video is a special harness driving combination called Troika. Rarely seen because it is a Russian tradition, one of those ‘Only in Russia’ moments. As crazy it might seem, it was actually an effective and fast way of delivering mail in the 17th and 18th centuries. Decorated troikas were commonly used in religious events and weddings. 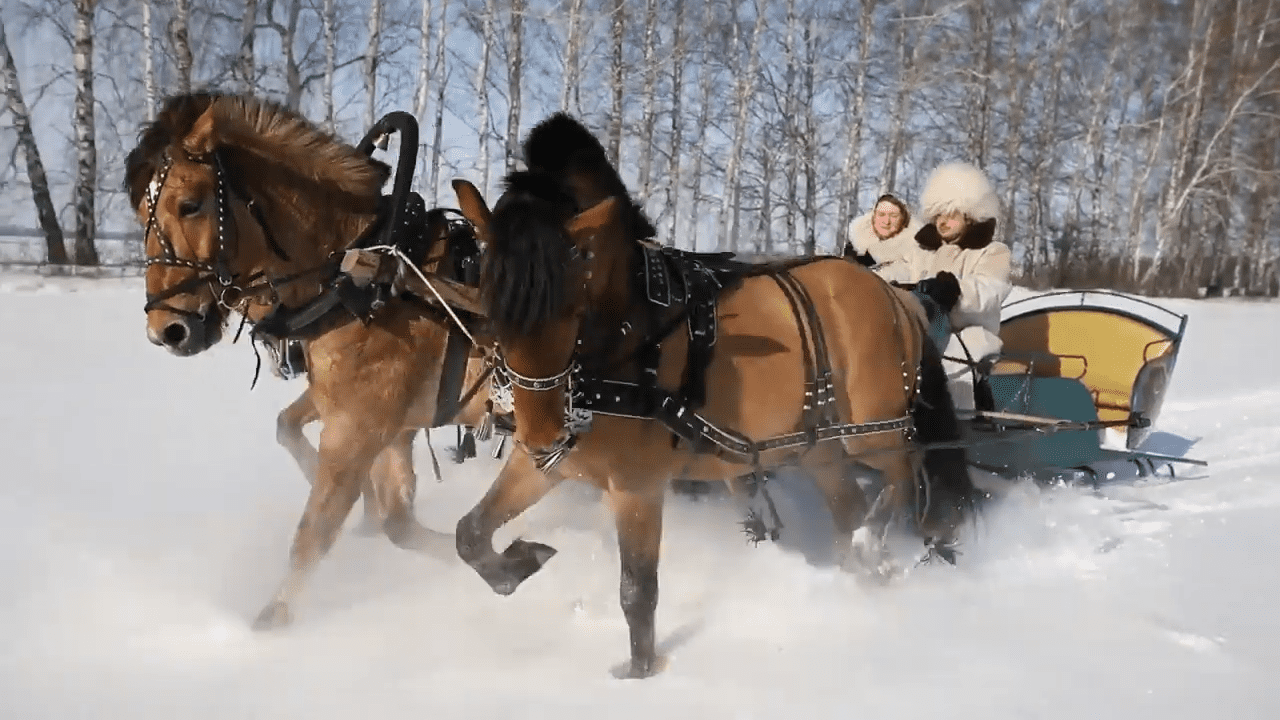 The horsepower of three at full speed could go as fast as up to 31 miles or 50 kilometers per hour. The middle horse is carrying its head normally while the ones on the sides have their heads turned to the outside. Without a doubt, it is not comfortable for the horses but the heads are turned to the sides only temporarily but when going long distances they are holding them normally just as the one in the middle. Long distances also weren’t run by the same three horses. When they got tired, they would be put to rest and another trio would be harnessed to continue the delivery.

The troika has become a cultural icon of Russia, especially after it was featured in a scene of Nikolay Gogol’s novel ‘Dead Souls’, where a character marvels at a troika speeding through the vast expanses of Russia. The person carried by Gogol’s troika – Chichikov, the protagonist of the novel – is a fraudster buying “dead souls” (ownership of dead serfs whose deaths had not yet been registered by population censuses) with the intent of taking out a loan against them. 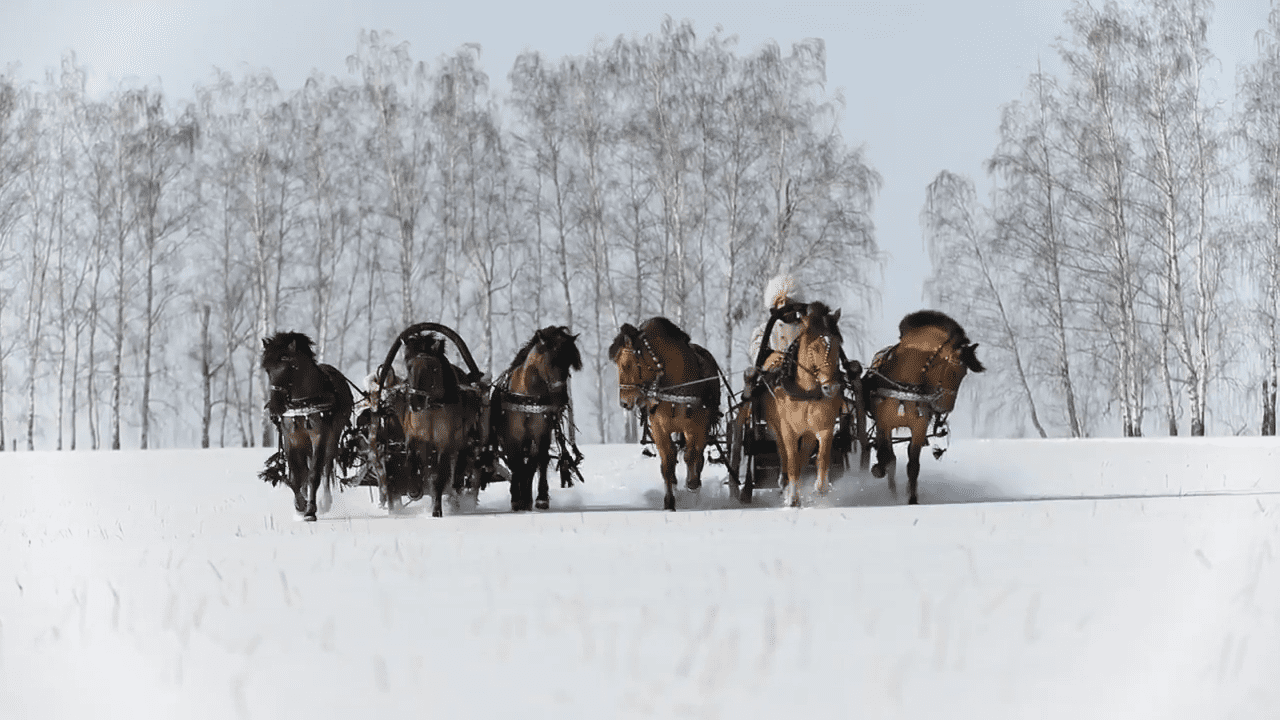 As for today’s situation with Russia, I am in no way supporting their war actions in this article. It is about appreciation of horsemanship traditions no matter from what country they come from as long as they are ethical and not abusive for the horses. Equestrian tradition has nothing to do with today’s politics and hope you will find this article interesting rather than offending.