An adorable video shows the moment a horse soothed a crying baby girl – by deliberately rocking her car seat with his nose. 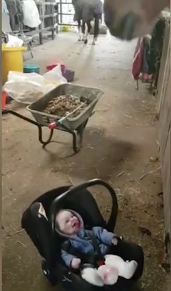 When mom Stacey Storer brought her eight-month-old baby Ruby to visit a friend’s stable in Nottingham, Ruby was “upset and screaming”. But she was soon soothed by a horse called Red who came over and rocked her in her car seat. Ruby, who loves animals, smiled and giggled in delight as Red stuck his neck out of the his stable and rocked her back and forward, nudging her chair with his nose. 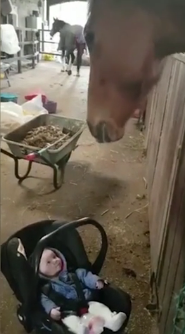 Red’s response is much the same as a horse named Donato who also has a penchant for gently rocking babies who come and visit him. 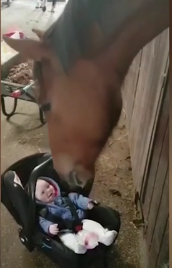 What an adorable moment to capture on film. Share this sweet video with your friends and family.