While on his daily ride to work, this man on a scooter wasn’t expecting to become a hero to one horse and his owner, but that’s exactly what happened. 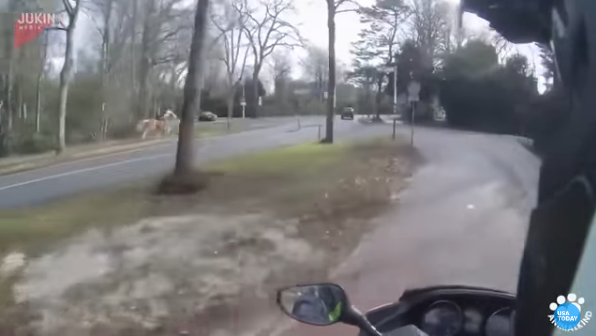 The woman had been walking the horse down the sidewalk when he got spooked. Without a vehicle to follow him, she could only try to catch the runaway horse by foot. 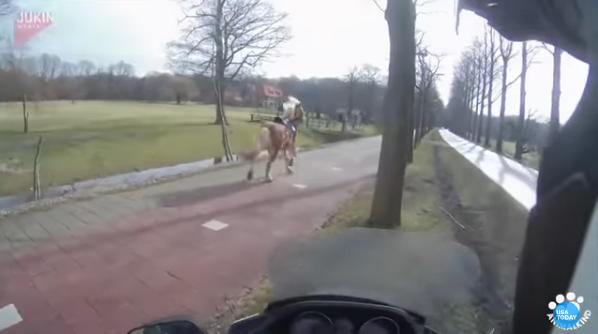 That’s when the kindhearted man asked if he could help her. She quickly jumped on the back of his bike and they chased after the horse.

Seconds later they spot him, galloping at full speed down the bike path on the other side of the road. The woman tries calling the horse – Walter – several times. They manage to speed ahead of Walter and to coax him to stop, but he keeps slipping by them.

Finally, the biker comes alongside of Walter. The driver tells the horse to be calm (“rustig” in Dutch) while Walter’s mom grabs hold of his reins. 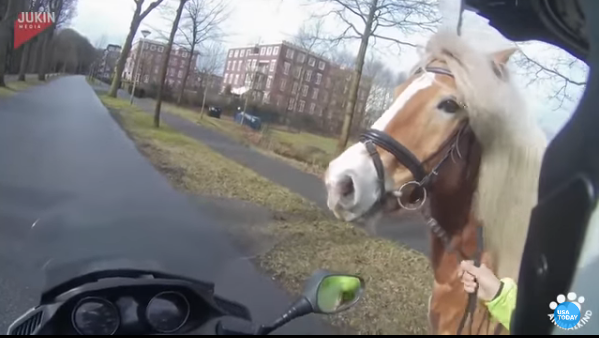 Needless to say, the woman is extremely thankful to the driver who helps her catch up and catch Walter!

Watch the heart-stopping video below and share it with your friends!