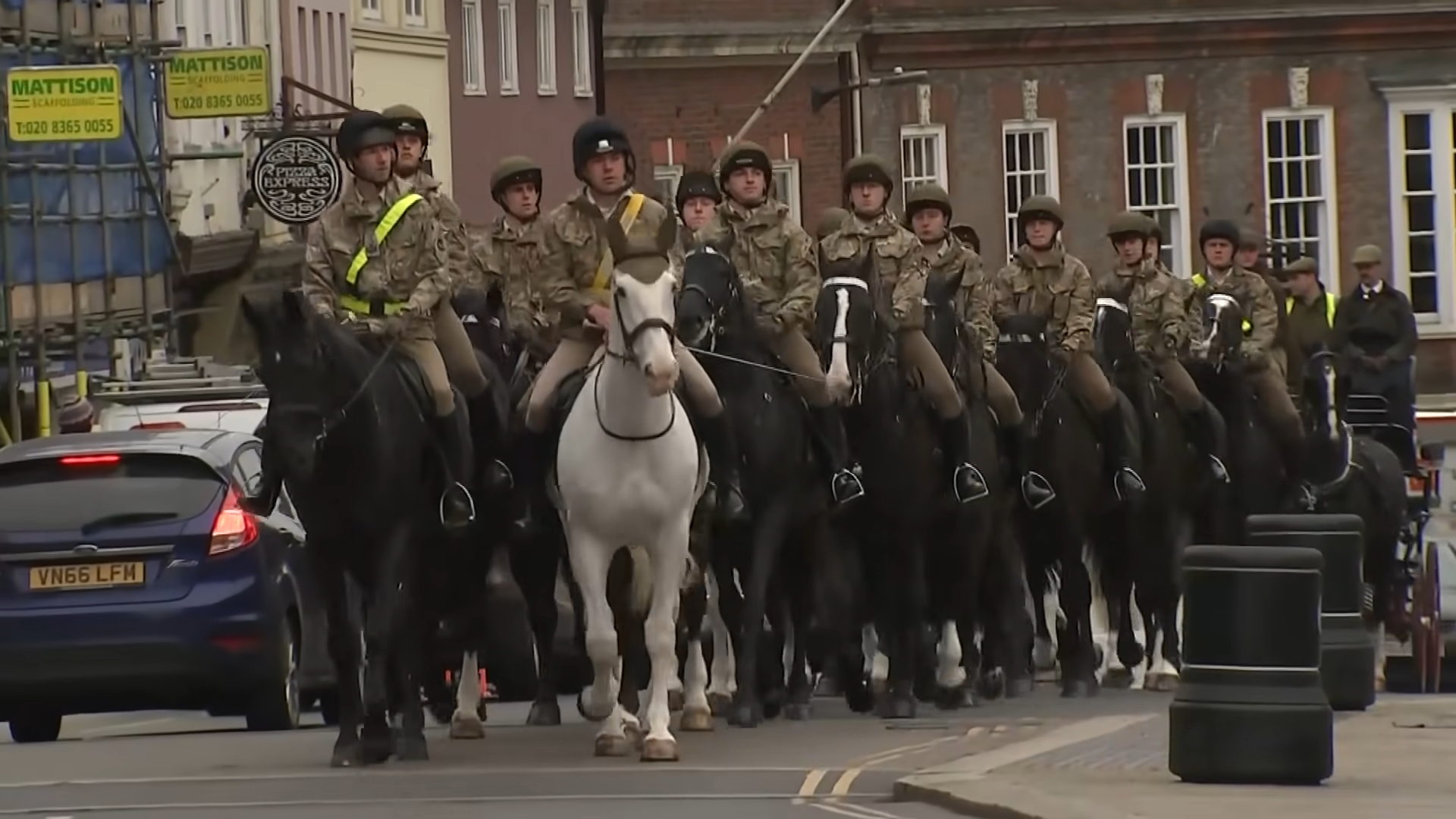 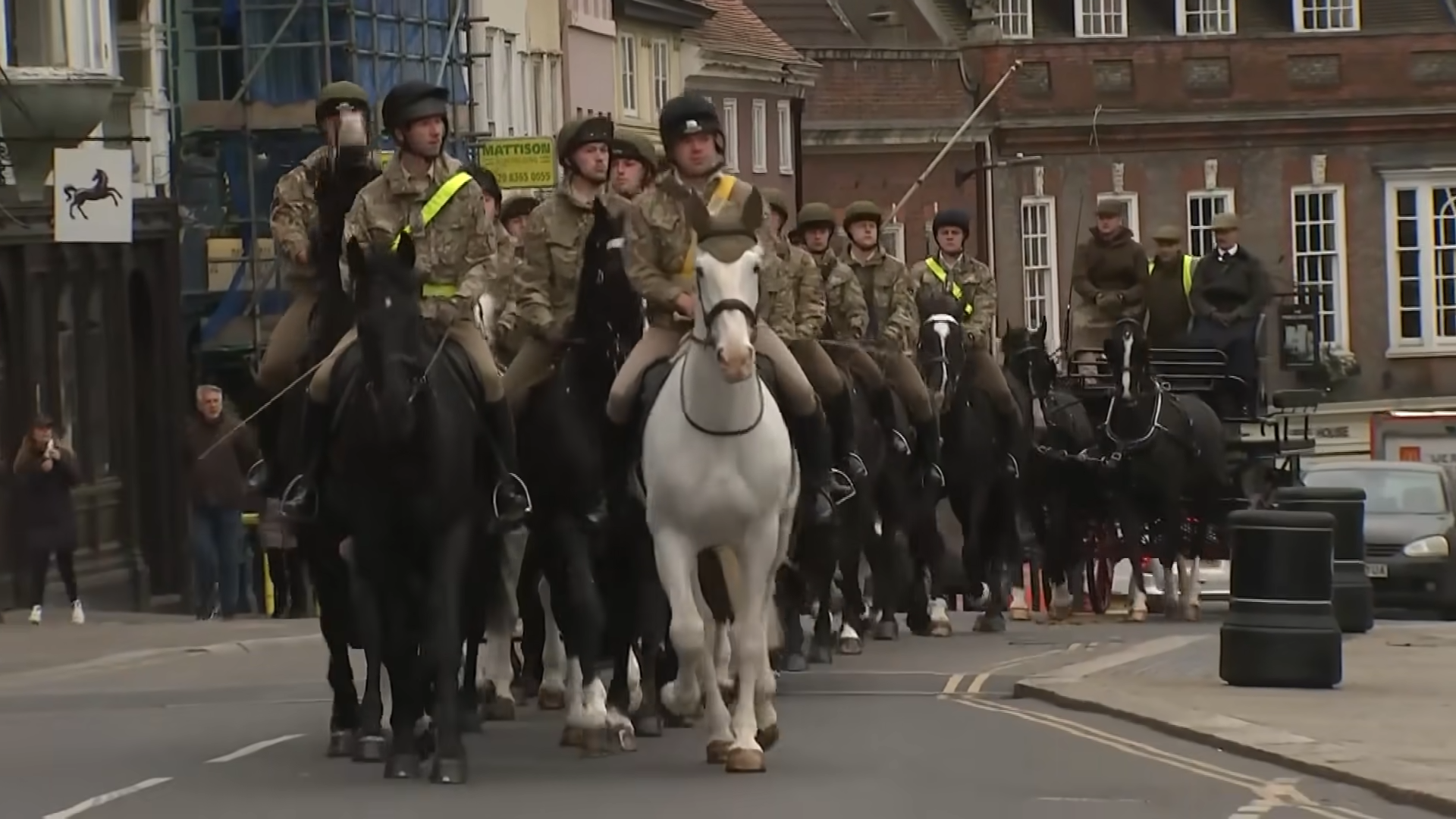 In this video, we can see the military tributes for Prince Philip have begun on the 10th of April morning with members of the Household Cavalry giving a salute and taking part in a two-minute silence opposite Windsor Castle.

The horses are often named after battles and each year the new intake are all called names that begin with the same letter. The officers will often strike up close relationships with the horses that they are paired with for ceremonial duties.

These horses are indeed a treasure of the British cavalry. They even look royal and noble, with their shining manes. To groom the horse, including polishing their hooves with hoof oil or putting chalk on their white socks to make the fur brighter, it can take up to an hour and a half. But the cleaning and maintenance of the uniform and horse’s black kit can take up to 10 hours, more than four hours for what the soldier or officer would wear, and five hours for the items worn by the horse. 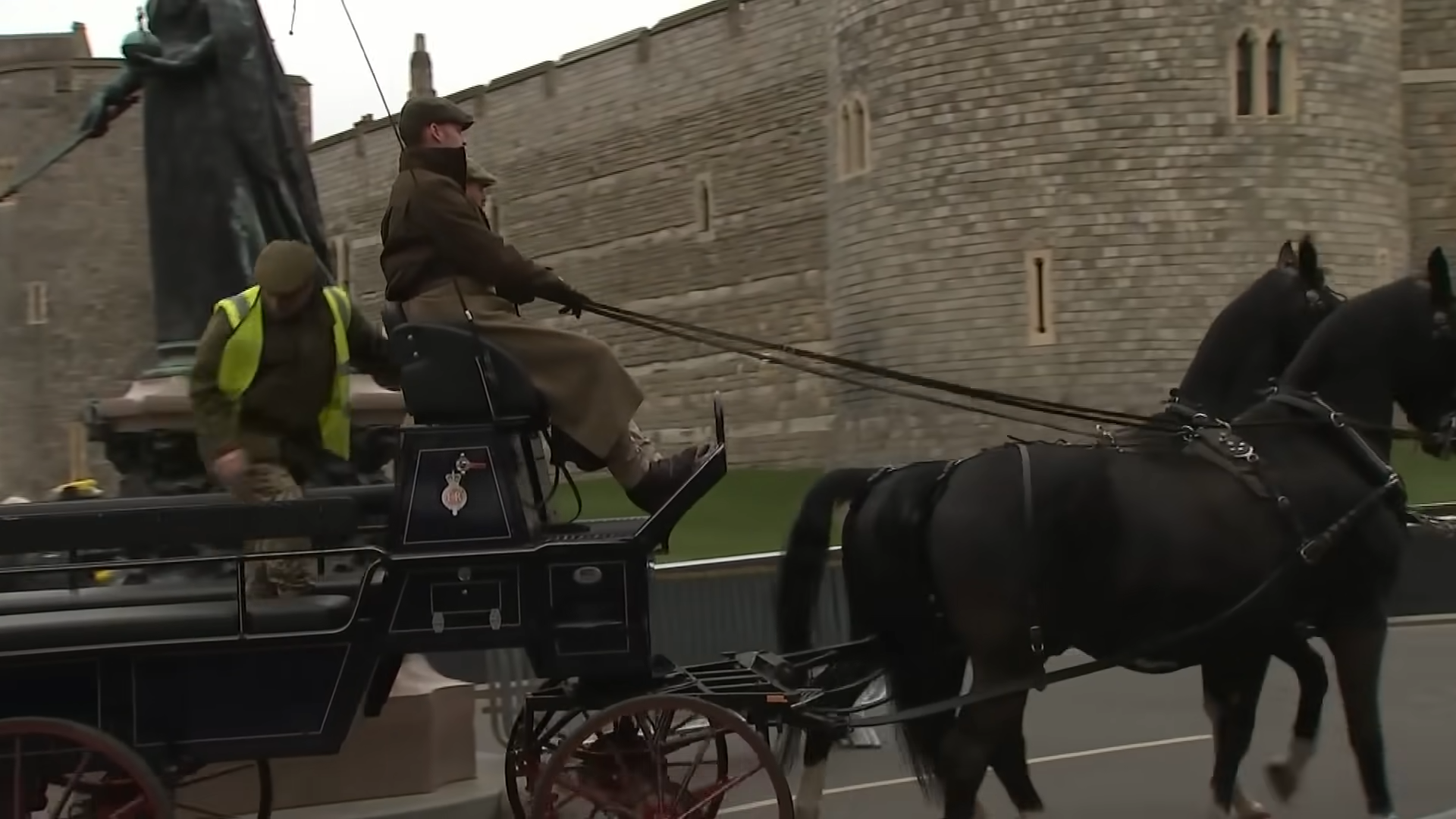 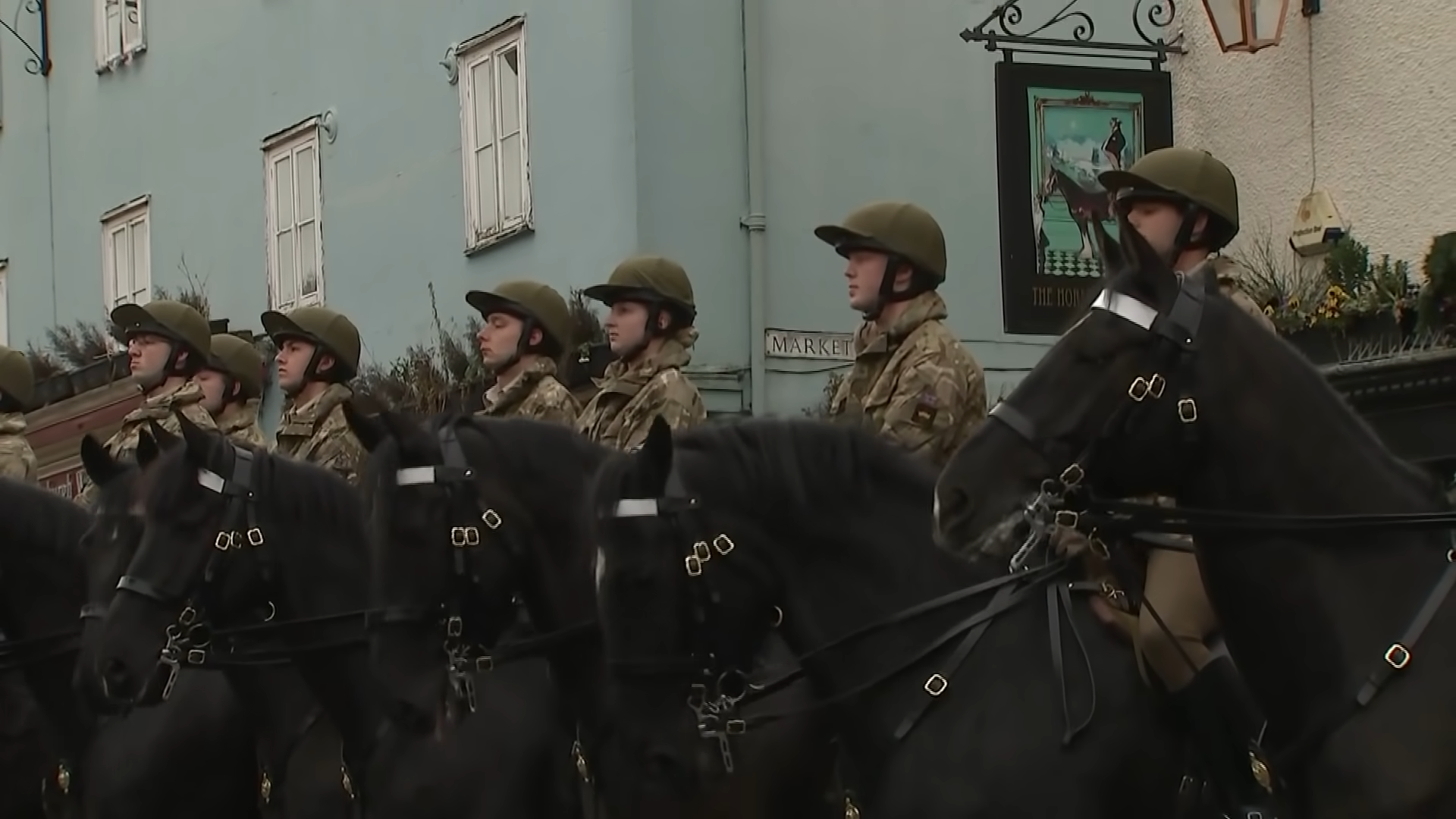 The British know how to show respect. The carriage was a very touching salute to Prince Phillip. We think this was a magnificent tribute for a bluntly honest aristocrat in a world full of political issues and fake personalities.